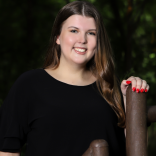 Casper is about a ghost who is discovered haunting a property. A family moves in and learns that Casper has no memory of his life. Casper is considered a friendly, nice ghost, and the family goes on a mission to help him remember his life. There have been TV series, video games, and sequels created from this classic movie. This Halloween movie has become very popular and received a lot of attention year after year.

Now You See It is a Disney movie about two teenagers, one of which wants to be a producer and the other with magical talents. After making it on a TV show, they learn about another magician, but trust is broken between the two friends. On stage, the two friends are almost sabotaged but the strong friendship they have helps them through it. This isn’t necessarily a spooky movie, but a fun movie about magical powers is perfect for Halloween.

Twitches is about two identical twin sisters, played by Tia and Tamera Mowry, who go their entire childhoods without knowing the other one existed. They run into each other in a store and start to learn about each other and where they come from. Born on Halloween, they realize their biological parents are in a magical land called Coventry and they have magical powers and are the only two people who can save the land from the Darkness. It is one of my personal favorites to watch every October and a great way to get your fix of magic and superpowers without watching anything scary that will keep you up at night!

Coraline is a young girl who is often left home alone by her parents, and, one night, discovers a room through the walls of her living room. Her home is very dark and sad, but when she goes through this mysterious door, she discovers what life would be like with colors and happiness. She finds her Other Mother and Other Father in this alternative universe, but her mom wants her locked out of this world. Her Other parents want her to stay in this Other World with her, but only if she has buttons sewn over her eyes. She goes on a journey realizing why one world is dark and the other is bright.

This Halloween movie revolves around a twelve-year-old boy and his best friend who are on a mission to discover what is going on in the creepy house across the street. They hear stories of the man who lives in this house but never see anything that he does. When the house “eats” their kite, the two boys along with a girl from school become determined to discover what is going on in this monstrous house. They go into the house when it is sleeping to explore and find out what is hidden within, but the house wakes up and the trio must find a way out. This somewhat creepy movie is a great plot for someone who wants a spooky movie for the holiday season without actually getting scared during the film!

Count Dracula creates a massive hotel that is for monsters only, so they can have an escape from the real world. One day, he allows his daughter to see the real world but makes it look as scary as possible in hopes she will stay in the hotel forever. In this process, a human accidentally makes their way into the hotel with Count Dracula’s daughter. They go on a journey trying to show that not all humans are bad, as well as not all monsters are bad. This Halloween movie is perfect for this fall because it features all of your favorite monsters!

7. My Mom’s Got A Date With A Vampire

This Disney Halloween movie is about two kids who are grounded and will stop at nothing to get their mom out of the house so they can leave and have some fun. They meet a mysterious man named Dimitri and set him up with their mom. Everything is going great for the two kids who are getting out of the house while grounded, until their youngest sibling discovers that Dimitri is a vampire. The two kids learn that their youngest sibling is telling the truth, and they set out on a mission to save their mother from being alone with a vampire. The mother is in a trance, so it is a long path to save their mom from falling for this vampire. My Mom’s Got A Date With A Vampire is a great Halloween movie to watch with friends and family to get in the holiday spirit!

Hocus Pocus is about three witch sisters who regain their youth by killing a young girl and transforming her brother into an immortal black cat. Three hundred years later, a young boy wants to impress his crush, so he takes her to the house to see if the witches are real. The witches are horrified when they realize that Halloween has now become a day of partying and candy, losing its true meaning. This is a classic Halloween movie everyone should see this upcoming fall!

This movie is about a young boy who wins a smart house in a competition and has his family move in with him. The house has PAT, who the young boy wishes would take over as a maternal role since his father is starting to date again. He wants to prove they don’t need a step-mother to be okay, just PAT to take care of everything. PAT becomes obsessive and jealous over everything in the house and turns this perfect home into a nightmare for the family. This overall creepy concept of a smart house makes it a perfect movie for Halloween.

Halloweentown is about a mother and grandmother who are both secretly witches. The grandmother wants the children to enjoy Halloween and get more involved, but the mother is scared of them finding out the truth. The oldest daughter overhears the conversation and realizes she may lose her powers she didn’t even know she had. After following the grandmother back to Halloweentown, she agrees to start training the oldest daughter, while also dealing with a problem in the town.

Which of these Halloween movies will you be watching to get you in the holiday spirit? Share with us in the comments below!

14 DIY Wall Decor Items To Get That Fall Aesthetic

10 Thanksgiving Activities For Your Holiday Season