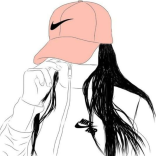 As the leaves change and pumpkins begin to adorn the doorsteps of our neighbors, you know that Halloween is in the air! But what’s a spooky season without a good Halloween movie?

Whether your looking for a film the whole family can watch, or something that carries a bit more thrill, this list of perfect Halloween movies to watch this year will get you into the spooky spirit!

Grab your popcorn ladies and gentlemen! Here are 15 perfect Halloween movies for you to watch on a spooky night!

Being that it was last year’s biggest scare, “US” is certainly movie many will come looking for this spooky season!

Directed by Jordan Peterson, US, staring Lupita Nyong, is about a mother who goes on vacation with her family, only to find themselves under attack by a strange group of individuals, but there by no means strangers…

It would be odd not to include a few witches in this list. Even so, be careful what you “witch” for! (I’m so sorry…)

This 2016 New England folktale is about an American colonial family who find themselves going up against a force of evil that has taken hold of their youngest son. All blame is shifted towards the eldest daughter, Thomasin (Anya Taylor-Joy), who was the last to see her brother before his disappearance. Enveloped with despair, the twins also suspect their sister, however they also strongly believe she involved herself with witchcraft, and it’s up to them to find out just how loyal she is for her newfound clan.

Well, this unique movie plot revolves around parents Evelyn and Lee Abbott doing just that. Determined to find a way to protect their children against the persistent terror around them, the couple desperately search for a way to fight back against these blind, yet extremely sensitive creatures.

Have you ever had a gut feeling that tells you you’re in danger?

It doesn’t have to make sense – you could be out for a walk with friends, or even safe in your own home snuggling on the couch with your furry companion, and then suddenly an overwhelming sense of dread is telling you to get out. Well, my friend, your not the only one.

Get out is an American 2017 horror flick directed by Jordan Peele about a young man who gathers the courage to introduces himself to his girlfriend’s parents. She invited him over for a weekend getaway as a means for him to get to know her family better, however, during his visit, Chris (Daniel Kaluuya) finds a series of disturbing discoveries that lead him to a horrifying truth.

Even for non-horror fans out there, the exorcist is a film worth taking a seat for this time of year.

This classic horror film is about a young girl who, according to her mother, recently partakes in some very strange behaviors. Worried she seeks medical help for her daughter, only to be met with a terrifying conclusion that leaves her facing with an evil man has feared since the very beginning.

Based on the 1971 novel of the same name (written by William Peter Blatty),

Talk about out of this world! When it comes down to amazing Halloween movies, who’s to say that aliens aren’t a thrill to watch this time of year.

Ridley Scott’s gorgeous 1979 outer-space saga is about a group of astronauts battling against malevolent extraterrestrial creatures who invades their commercial spaceship, the LV-426. The movie begins introducing sole survivor, Ellen Ripley (Sigourney Weaver), who, after laying in suspended animation for the past 57 years in her space shuttle, wakes up in a salvage ship on it’s way back to earth. Now, faced with the consequences of her actions, Ripley reluctantly escorts a group of highly trained colonial marines to fight the aliens who killed her entire team so long ago. Once again, she must take life into her own hands, but this time, can she finally put an end to her never-ending nightmare?

There’s nothing quite as unsettling as portraying childhood innocence in a horror film. Which leads us to this 90’s classic worth watching this Halloween!

Based off of the novel with the same name (written by Ira Levin), Rosemary’s baby is about a new mother who, after getting herself through a rather difficult pregnancy, finds herself with a child that most certainly is not of this world. The movie, directed by Roman Polanski, follows Rosemary (Mia Farrow) and her struggling actor husband, Guy (John Cassavetes), as they move to a New York City apartment building with an ominous reputation and some odd neighbors. When Rosemary falls pregnant, she becomes increasingly isolated, and the diabolical truth is revealed only after she gives birth.

For a Halloween film that’s a bit more humorous, “Hocus Pocus”, directed by Kenny Ortega, is a film about 3 Salem witches who seek out to take over the world a hundred years after their execution. Accidently freed by a curious boy named Max (Omri Katz), who goes exploring into an abandoned house formally owned by the evil witches, with his sister, Dani (Thora Birch), and their friend Allison (Vinessa Shaw).

Along with the help of a magical cat, the three kids are given a mission to stop the witches from becoming immortal and carrying out their evil plan! And all they have to do is steal their evil book of spells! What could possibly go wrong?

Charlie Brown is once again here to bring us back to the good old days of trick-or-treating!

Directed by Bill Melendez, the Great Pumpkin is an American prime time animation television special following beloved cartoon character, Charlie Brown, who’s best friend, Linus, is convinced that every year “The Great Pumpkin” comes out of the pumpkin patch to bring gift to all the little boys and girls who believe in him (sort of like Santa Claus).  Of course, to Charlie Brown and his other friends this is a ridiculous theory, and through out the movie while they are enjoying the spooky holiday, Linus remains adamant that the tale is in fact real and waits patiently for it to come out, even if it means missing out on all the fun that goes on around him.

This movie is a perfect watch for the whole family! And while it may not be the screaming, hide under the covers story you may want, it will certainly bring a smile to your face!

The name itself is a bit strange, but for a familiar fan it’s all but a terrible choice for Halloween movie night! Winning the Academy award for best horror film and best makeup, this films success is to be remembered for decades to come due to it’s quirky yet spooky nature.

This 1988 classic is about a young couple finding themselves stuck haunting their country residence after dying in an unexpected car accident. Unable to leave, they attempt to scare anyone who dares trespass, even after their home is sold to a new family. Their efforts attract a strange deity named Beetlejuice (played by Michael Keaton) who offers his own assistance to help, but things quickly become dangerous for the Maitlands and the innocent Lydia.

I don’t know about you, but there’s something particularly entertaining to me about a film that revolves around a creepy romance between the protagonist and their potential lover.

Edward Scissor hands is another amazing movie to watch on those late Halloween nights due to it’s strange and entertaining style. Directed by, Tim Burton, a writer famous for his extremely creative and distinctive art style, Edward Scissor hands is about an animated human being who falls in love with the daughter of a woman who kindly takes him in after the death of his creator. However, because of Edwards freakish appearance, it gets rather difficult for him to not only have his feelings returned, but also to be excepted in the small community he resides in.

“Who you gonna call?”

As children we’ve all come to know and love one of Hollywood’s most famous quotes. Ghost Busters is a supernatural comedy film, directed by Ivan Reitman, that will always come around this time of year for the adult and teenage fans.

The story is about four members of a science team that, unfortunately, suddenly lose their high paying positions at a university in New York. So what do they do next? Become Ghost Hunters of course! Watch these scientists wage their high-tech battles against the supernatural while also trying to save their home state from a threat far greater than they could have ever imagined!

13. The Nightmare Before Christmas

“Boys and Girls of every age, wouldn’t you like to see something strange?”

Admit it. You can see it without singing along.

We all have heard this remarkably catchy jingle at least once in our lives, and for a very good reason! The Nightmare before Christmas can, arguably, be one of the best Halloween-entertaining films ever created! Inspired by the famous and favorited gothic horror film maker, Tim Burton, this animated musical of dark fantasy revolves around the misadventures of a skeleton named Jack, the beloved pumpkin king, who has grown bored with the same annual Halloween antics his town inflicts upon the “real world”. So, after stumbling upon the bright and warm colors of Christmas, Jack is determined to lay a plan that will change the entirety of Halloween forever!

There’s nothing more satisfying then spending your Halloween night sitting down to watch a good old slasher film – well, for horror movie fans that is.

There’s nothing kind about this 80’s American film. Directed and written by Wes Craven, A Nightmare on Elm focuses on four teenage girls who suddenly find themselves facing the infamous child killer Freddy Krueger in their dreams. After some thorough investigation, Nancy (Heather Langenkamp) begins to suspect that her and her friends parents might be holding a dark secret that may be the key to ridding Freddy, but can she solve it in time before it’s too late?

I hope your not afraid of the dark, because any work involving the horror king himself, Stephen King, will certainly keep you of a goodnight sleep for more days then one!

The Shining, directed by Stanley Kubrick, is based off Stephen’s 1977 novel of the same name. At the start of the film, the story leads with writer Jack Torrance (Jack Nicholson) becoming a winter caretaker at a isolated and overlooked hotel in Colorado with the hopes of curing his writers block. He brings along his wife (Shelley Duval) and son (Danny Lloyd) who over time starts having strange visions about their new home. Unfortunately, over time the visions get worse and become more disturbing, and it’s up to Jack to find out not only why his son is having these odd premotions, but also to find away to keep his family safe after uncovering the hotels dark secrets.

What Halloween movie do you plan on watching this year? Leave a comment down below and tell us all about it!

Top 10 Desserts You Can Make in 30 Minutes or Less