So, you’re sitting on your couch, you’ve already watched ALL 356 episodes of your favorite Netflix show, you sat through the gut-wrenching, heart stopping season finale, you sigh in defeat and slight boredom, asking yourself: “What’s next? What do I watch after [insert title of show here]? Will I ever go outside ever again?” Luckily for you, we’ve got you covered! With our list of 12 good shows to binge watch on Netflix when you’re bored AF!

Yes, that’s the actual name of this show. Crazy, right? (In a more family friendly setting it’s simply referred to as ‘The End of the World.’) Well, luckily for the viewers, this show is anything BUT ordinary. As a comic-book-turned-tv-show, this British dark-comedy (with a hint of romance?) follows 17-year old James, a peculiar boy who has a fixation on killing.

In the beginning of the series, he finds his first human victim, Alyssa, a girl in his class who has a foul mouth and an edgy attitude. James’ desire to kill her turns into a road trip adventure. It’s full of illegal happenings, disguises, and maybe even a spark between the two. We don’t want to ruin anything for you, but the show definitely takes you on an emotional road trip full of twists and turns. That’s why it’s #1 on our list of Netflix shows that you need to watch right now.

Let’s face it, we all love a little goofy humor to brighten our day. Some of us, well, love stoner humor more. If you find stoner humor funny and love Kathy Bates from American Horror Story, then you’ll love the comedy show Disjointed! But instead of playing a spooky character, Kathy Bates plays Ruth, a hippie-feminist Mother figure who owns Ruth’s Alternative Caring, a marijuana dispensary in California, and all of the workers there have their own funny quirks and their own defined characters. The token ‘burnout’ characters, who are Dank and Dabby, valued customers and friends of Ruth’s Alternative Caring, always tend to come in the store at the worst possible times, and be their loud, hilarious selves. Complete with humor, crazy transition scenes, and colorful animation every now and again, Disjointed will not leave you disappointed.

Speaking of spooky, this series is an abundance of weird, strange, and scary. Black Mirror, needless to say our generation’s version of The Twilight Zone features stand-alone thrillers with unique characters and some terrifying situations that may seem a little too real. Some are about technology, some about how we perceive our world, and those who live among us. There are some disturbing scenes, so proceed with caution. Nevertheless, each episode of Black Mirror will have you on the edge of your seat, and constantly wondering what the next episode will be about. We’d suggest watching with a bunch of friends with the lights on.

Another comedy for your cloudy days, Arrested Development is a comedy show, much like Parks and Recreation, and the show follows Micheal Bluth, who’s seemingly the only ‘normal’ one in his wealthy family, who owns a real estate business. Micheal’s father, George Bluth Sr. runs into some trouble with the law and is sent to jail. Micheal tries to disassociate from his family and not talk to them (after all, his siblings are using company funds to fuel their greed.) But after his father lands himself in prison, he must come to grips with being a good father to his son, George Micheal, and reconnecting with his rather strange family.  Arrested Development comes with many hilarious jokes, outlandish characters, and really great lines.

This LGBT Netflix show is a science fiction thriller about eight people that are psychically linked, cool right? Being linked psychically to know all their thoughts and they know yours? (Actually, wait, that would just be really creepy.) Some of the main characters that the viewer will come to love are Nomi, a transgender woman, and her partner Amanita, Lito, a telenovella star, who happens to be gay, and many other lovable characters. Although, this show is full of representation and diversity, it is kind of rough in terms of subject matter, mental illness, and shows the hostility toward the LGBT community. Even though some parts can be rough for the viewer, it’s still a beautifully written show with vibrant characters, and if you want some sci-fi in your life, Sense8 is for you!

Ah, Riverdale, it has become a favorite with teens and college students everywhere. Riverdale is based on the Archie comics, and Riverdale was the town they were living in. Although this is much darker and true-to-life than just the normal Sunday comics. This show is also on regular TV (CW channel) as well as Netflix so you can get your Riverdale fix either way.

The story features Archie Andrews, a high school boy living in Riverdale, a small town. Archie is always joined by his friends Betty, Veronica, Jughead (played by Cole Sprouse), and their classmate, the popular, wealthy, cold Cheryl. Riverdale seems like your average small town. But it has a lot more dark secrets than anyone could have ever imagine. Archie and his friends uncover the darkness of the town and they also live the lives of normal high school students. The series is due for its second season so get to watching!

Some more comedy comin’ atcha, this time from a little town called Portland, Oregon. The series features Fred Armisen and Carrie Brownstein as different iconic characters who live in the laid back, artsy-fartsy city of Portland. The two go to a bit of an extreme to poke fun at the town and its artsy nature. But it’s all for the sake of comedy and their characters.

The two often cross-dress in order to portray different characters throughout the show. For example, in the Women First Bookstore sketch, Armisen plays Candace, an extreme feminist that works at the Women First Bookstore and usually gets very uncomfortable when anything male-related is mentioned. And in the Nina and Lance sketch, the two swap genders to play the couple, along with humorous voice lowering with Brownstein’s character Lance. Complete with hilarious dialogue, reoccurring actors, and awkward comedy, and musical numbers, Portlandia is certainly a show that should be on your list.

10 Things You Probably Missed From The Latest GOT Episode

This romantic-dark-comedy brings light and awareness to Sam, an 18-year-old boy with autism. He is ready to find love and with this, he needs to gain independence and have time to be free, which his mother is so proud of, yet hesitant. His father, who has been incredibly distant with his son, is elated to hear that his son is ready to date. Sam wants to bring a gift to his crush and his father is all about it. That’s until he finds out Sam’s crush is actually his son’s 26-year old therapist, Julia. His father, to avoid Sam getting his heart broken, pulls him away before he gets out and instructs him to find a girlfriend his own age instead.

This storyline is a great coming-of-age story and brings light and representation to those on the autism spectrum. Will Sam ever find love? I dunno, we’re not Rotten Tomatoes or IMDB, we’re Society19 and, we’re not about to spoil this amazing show for you, watch it yourself and see!

That’s all that we have for today, but please do not sleep on these shows! These are all so good and well done, give it a watch, even just the first episode! While there were so many more shows to list here are some honorable mentions:

Comedy with dark humor and lots of emotional episodes, got a 93% on Rotten Tomatoes, please watch it!

if you like cartoons like Family Guy, American Dad, Bobs Burgers, or Rick and Morty, you’ll love Bojack Horseman.

Have any other good shows to binge watch on Netflix? Comment down below! 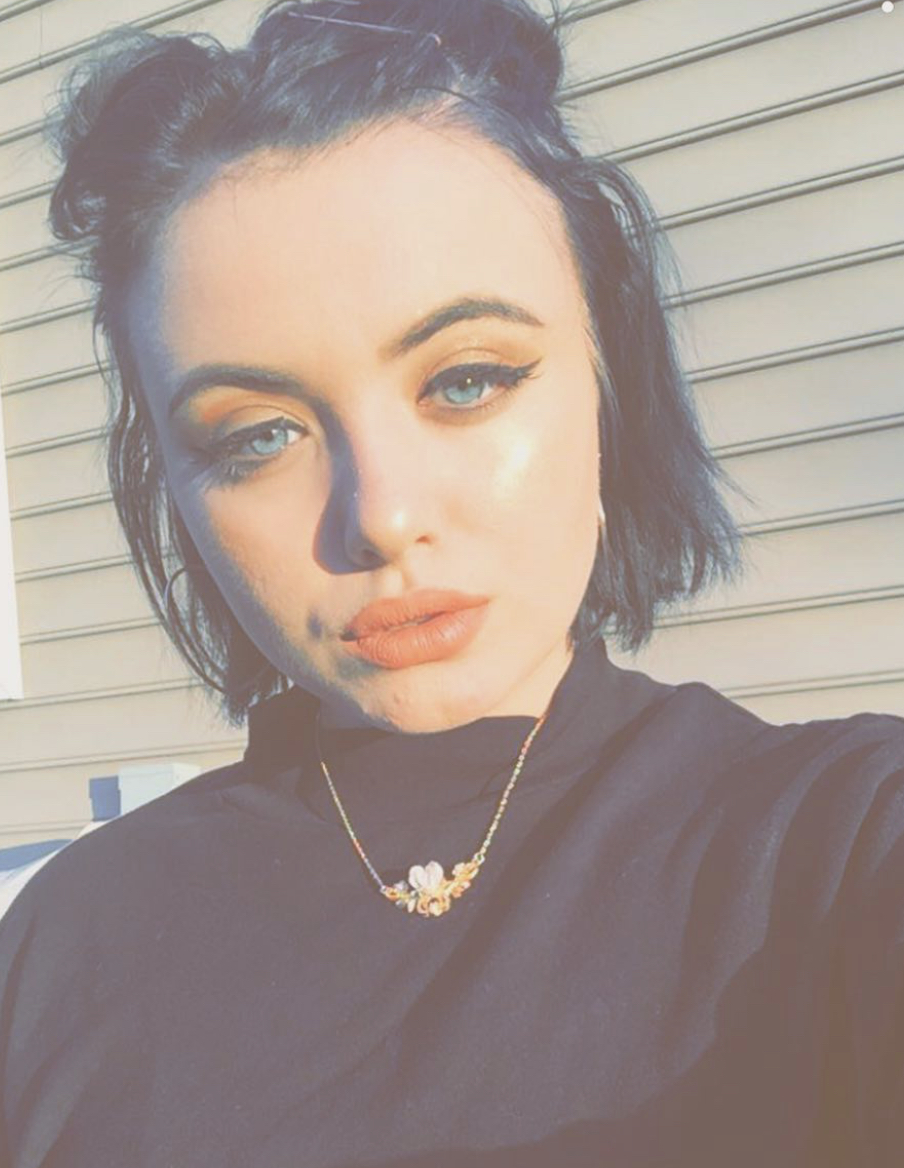 Katie is currently a college freshman English major at Penn State Lehigh Valley. She loves going out for Chinese food with her besties, shopping for makeup, and going on road trips. She hopes to join a sorority in the next few years when she goes to University Park. She works as a Disney Princess and Party Lead at Sweet & Sassy, a party place for young girls, for extra cash. If she were stranded on a deserted island, she'd want to bring tea, a few good books, and her ukulele. Her favorite book is "The Sun and Her Flowers" by Rupi Kuar. She's very excited to be writing for Society19 and just recently put in an application for the Disney College Program for the fall.

8 New Recommendations Based On Your Favorite Show