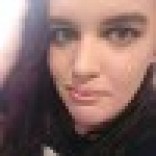 10 Athletes Who Came Out Of Retirement

Being a nerd is tough but knowing a nerd can be even more difficult. Usually you will find yourself asking, “what’s some gifts for nerds”. Well there are many different types of nerds. Book nerds, Disney nerds, Star Wars nerds, Gaming nerds, High Fantasy nerds, and more. So knowing what gifts for nerds you should get, all depends on the type of nerd they are. However, don’t lose hope, because you may luck up and have a nerd who likes many different things. Just read this list about gifts for nerds. It’s basically a cheat sheet.

When searching gifts for a book nerd you may feel as if you have only one option, books. However, that is not the case. Though they may love a new book, you don’t want to take the easy road out. Opt for something they enjoy doing while reading, drinking coffee or tea for example. There are many bookstores and online shopping sites, where you can find a mug with a cute saying, and your gift recipient will laugh about how the saying embodies who they are. This glass is a play on words of one of the greatest writers, Edgar Allen Poe. Any book nerd whom is a fan of his work, would love to have this mug.

There are many different types of gamers out there. However, unlike console or PC gamers, there is not easy road for tabletop gamers. There are limited things for nerds of this caliber. So, how do you find the perfect gift for them? You do a little bit of research, and come across some ideas. Like this Dungeons and Dragons picture frame. It is a cute piece for their home decor and incorporate their nerdy pleasure. Your nerd is sure to love this humorous gift.

For those die hard Harry Potter fans, you may find a bit of trouble. They tend to collect all types of memorabilia related to the series. However, chances are if you accidentally get them something they already have, they will still gladly take the gift without complaint. Though there is one thing every Harry Potter fan needs, and it is perfectly fine to have more than one. Considering Quidditch was Hogwarts Football, having a golden Snitch means the absolute world to any Potter fan. Just like a football to any gard core football fan.

It was supposed to be destroyed in the fires of Mordor, but now your favorite nerd has it. The fate of the world is in his or her hands. They may joke about this when recieving this gift, but they will treasure it nonetheless. Every fan of this trilogy has thought of what they would do in Frotos shoes, and now they are somewhat put in that position because they have a ring of power. Just don’t let the power go to their head.

When searching for gifts for a nerd whom enjoys anime. The key is to know what particular anime they are intrested in. Once you know that information, the gift shopping will come easily. For example, “Dragon Ball Z” is one of the most famous animes to air in the United States. Many anime fans today, started out watching “Dragon Ball Z” and “Pokémon”. That is why this gift would be perfect for your nerd.

For many years gaming on console has been a part of many nerds lives. One of the best gifts for nerds whom enjoy gaming, is something that either relates to their favorite game, or a piece of memorabilia that relates to a classic game character such as Mario. This piece of art depicting the memorable character is the best idea for a gaming nerd. Many gaming nerds would be delighted to have this.

Comic book nerds are one of the oldest type of nerds. They are also one of the most easiest nerds to find gifts for. However, after seeing how many comics and comic related figurines covering their home. You may want to find something different for them. Perhaps finding something that doesn’t focus on just one comic character. This DC Universe Encyclopedia, list all the characters of the comic books. However, it doesnt simply list them by name. Within this book is when they first appeared, their features, and their background story. The perfect gift for a comic book nerd.

The Best Mothers Day Gifts For Every Type Of Mom

When you think of disney, you dont really suspect there to be nerds. However, you would be wrong. When looking for gifts for nerds of disney, you have to know what the nerd likes most about disney. Even then it is difficult to shop for them, because they will be receiving many gifts featuring their favorite disney film. Instead of gifts for nerds of disney solely based on their favorite film. Gift them something that represents disney villains instead, like the clock of disney villains for example.

Gifts for nerds whom enjoy history above all else, are one of the easiest nerds to shop for. They love history so, you focus on things that are relevant to history. Take this Native American pipe for example. It is a beautiful piece of art and it represents American history. This gift is a wonderful example of many gifts that you could give to your beloved nerd. It is something they will cherish greatly.

Stat Wars nerds have been around for 43 years! They love everything about the franchise. Which makes finding gifts for these nerds a bit difficult. It isn’t difficult because the merchandise is hard to find. It is difficult because most Star Wars nerds already have many collectables and you don’t want to give them a duplicate as a gift. When visiting them you have to pay close attention to their collection, and find something they do not have yet. A poster depicting Han Solos’ ship, for example is a great gift for nerds. 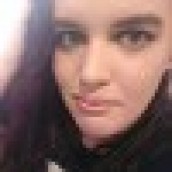 10 Athletes Who Came Out Of Retirement