In a tiny town in Bergen County, in a small in-between town that holds memories like a bowl holds water, these memories were caught as they were caught from the leaking roof of time. Here are tales and memories from a girl from Hillsdale! 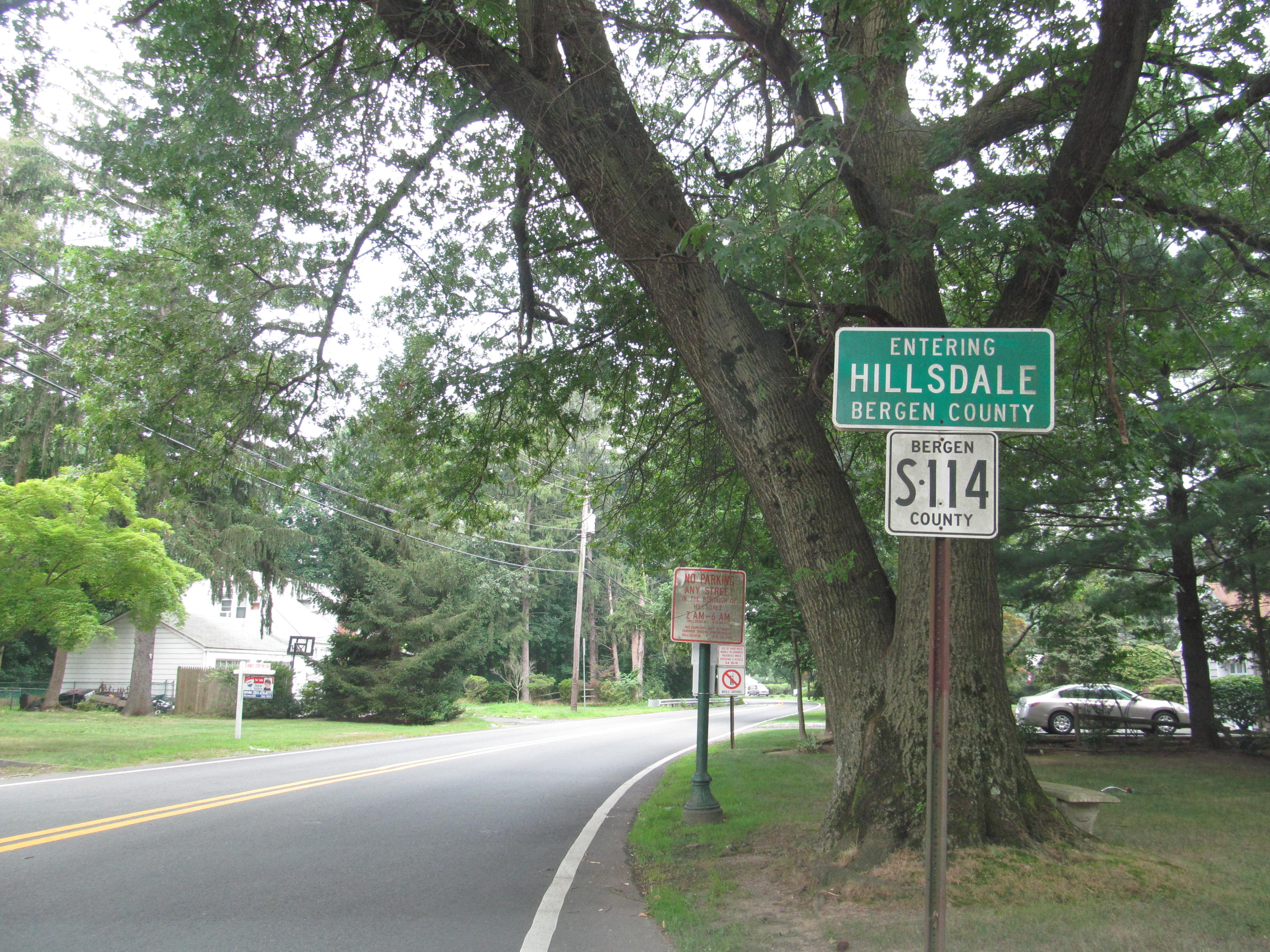 1. From the Rock by the train station

Behind the trees that are planted right outside the train station that leads far and away in both directions, that holds up traffic on busy school days, I remember just sitting on top of this smooth, white boulder that laid hidden by the shade of the trees. I looked at the world as it whirled by me, a busy little infinity that I was a part of, and I love every second of it. Cars sped by, people chatted and took in the sun that had made her reappearance during the last few days. Girls my age armed with ice cream and iced coffee giggled and filled the air with the latest in middle school gossip. The familiar bells rang like the ones by St. John’s church on Sundays, announcing the coming Goliath that was the train that ran from Manhattan to Hoboken. It sped by, blasting hot wind into my hair as it slipped by, a silver bullet. I remember smiling, remembering how I got to have the thrill of feeling that wind right from the source, in a little world outside the one I’ve known all my life.

Tucked away in the darkness, I remember walking on my tiptoes in my Mary Jane style shoes as one of my cast mates sang of how time slips away so quickly. As a senior, about to embark to the world of college, I could easily understand the sentiment. But, that was not the time for the future. The show goes on. I step out into the blazing light of the stage, face set, smile on, moves nothing more than muscle memory from months of rehearsal. I do my part to the letter, departing the stage calmly and quickly, the scene moving along behind me. Then I slip back into the darkness as friends whisper how good a job I did to me, fearing being heard from the shadows by those who sat in the audience. I smile, thank them, and turn back to the stage, whose lovely shadows I called home for four long years. I knew that I would have to leave it behind soon. In just no time at all.

3. From a booth in Ronnie’s Bagels

At a small corner table in Ronnie’s Bagels, one of the larger eateries in town, I remember sitting down with my best friend. Those meetings were precious to me, since she had slipped away from town a year before to that odd world known as college. A world that I would enter soon. Advice was shared, stories from the walls of PV were given to receive giggles and gasps. Breakfast sandwiches were consumed with gusto, orange juice sipped. Not too often, but sometimes, a black and white cookie was split, the sugary confectionery sweetening the time between us. For all too soon, the bell would ring sadly and announce our departure, which would mark a bright spot in another long, grey length of time where I had to brave the world without my dear friend’s guidance. I didn’t despair though. I had her phone number.

(And little did I know that not long after one of those meetings, I would join her at the same school she chose to expand her mind at. Not to say those coffee dates lost their happy beauty.)

4. From inside the Starbucks on the corner

Late on some summer nights, when the tables have been abandoned, the clerks giving way to idle chit chat, I remember arriving with one of my other friends, a boy in my year. A hot chocolate for me, a berry tea with a name I cannot remember for him. We chatted about our summers, his of work and mine of idle thought. We would exchange our excitement for the coming fall till it filled the empty coffee shop. College loomed so closely now, but it felt more like an adventure rather than a burden. We would talk about show tunes so loudly the clerks would look at us funny, but we didn’t care. Call it youthful ignorance, call it our tiny last acts of teenage rebellion, whatever it was, we stayed until the clerk politely told us to leave since they would be closing soon. We would depart with smiles on our faces, returning to the warm night, our warm cars, and the homes whose times within were drawing to a close.

5. From inside a Reading classroom in George G. White Middle School.

The white halls of middle school gleamed with memory for me. One pops out at me like an overeager child who loved to raise her hand in Reading class. The hand shoots up though no question is asked. She shyly asks the teacher if she can read a story she had written the night before. The teacher, un-phased and curious, tells her that she can toward the end of class. The lesson goes on, her leg bouncing under her desk, eagerness and nervousness at war in her belly. The lesson draws to and end and the teacher announces, eyes gleaming, that she has a story to share. Curious eyes whip toward her, making her want to swallow her words. Calling on the courage that allows her to sing on her beloved wooden stage, she walks to the front of the classroom. She holds the piece of loose notebook paper in her hands, and in a clear voice begins to read. Reads, hopefully, with the same confidence that Leslie Burke showcased in “Bridge to Terabithia”, the seed to her blooming love of writing. She ends her reading of scuba divers and the sea to looks of awe and roaring cheers. She smiles, thanks her audience, and returns to her desk. Then she grabs her notebooks, puts pen to paper, and begins again.

(Later, she’ll remember that moment with a smile on her face. It allowed a flood of words to enter into her ear, and they haven’t stopped flowing since. Hopefully they never will.)

6. From the park at the center of town

The stars gleam and look down on the scene we must be making. A group of friends, smiling and hanging out in the small park that either is the center or the edge of the world. I can’t decide which, and I don’t think I ever will. We laugh and smile, screaming nonsense that has us clutching our sides and rolling on the grass in delight. We take stupidly artful pictures that act as excuses to embrace each other at the town slips into sleep. And we, too wild to sleep at such an early hour, stay as long as we dare, until the nervousness of our parents have us depart and draw us home.

(I still have the pictures of that night. They remind me of standing under the stars and feeling like the world was limitless.)

7. From the long table at Cinco de Mayo

The little restaurant sits empty save for a happy young couple. They smile and discuss this and that as the chef prepares their meals, perhaps from the books of her grandmother or ones of her design, I will never know. At the time, I was caught up in the newfound thing called having a boyfriend. The concept was foreign and familiar to me all at once. We were comfortable, just ordering lunch and enjoying each other’s company. We complimented the food as we dug in, tacos and burritos feeding the butterflies in our stomachs. And we basked in our little connection, its newness filling the walls around us, slipping out the open door, out into the street as the little town bustles on.

10 Locations In Boston To Take Your Next Instagram Picture

8. From the gravel that makes up Bedford Road

The street is quieter than a church mouse, as silly as that old chestnut may be. It describes the serenity that filled my Adidas’s as I ran toward the purple-orange-red sunset. The simple houses flashed like fire in its wake, lighting my mind with peace. Music thrums with foreign rhythms to my heartbeat, a reliable metronome. I smile widely as my legs carry me forward, lovingly pounding the concrete beneath me. The strip of road that was one of many little constants in my universe.

9. From inside Sushi Village

Music softly thrums through each speaker, startling the koi fish inside the tanks that glow brightly in the dim lighting. In a small booth, my family had dinners of large platters of sushi, different roles each time to expand our never squeamish palettes. Normal dinner conversation ensues over the fish, smiles and jokes whose echoing laughs are stifled due to politeness. At a table toward the center, I celebrate my birthday with my cousins, feeling all together grown up and nervous when I pick up the tab. At another small table, my cousin’s amazed face brings a smile as I recall her trying sushi for the first time. So many little moments exist in that little restaurant. Perhaps that’s why I always go back.

(That, and the amazing spicy seaweed salad.)

10. From the field outside Pascack Valley High School

White hats dot the sky for a split second, like thin clouds on summer days, before descending to earth again. Back into our hands, grabby and excited, the shock having yet to dissipate. We had graduated. We were free, many joked. Hugs and pictures were exchanged and taken, congratulations puncturing the air until it was echoed by the wind itself blowing overhead. Smiling so wide my face ached for days afterword, I embraced as many friends as I could. I dug my wedges into the grass of the field, stared at the walls of the school until the cracks were sketched into my memory. It was over. The next phase of life was beginning, new opportunities, friends, adventures, etc. The words that had sounded so hollow for weeks now held something within their caverns. But for a moment, I could remain right at the end of the road, just staring at what I was leaving behind, and trick myself into thinking that it wasn’t goodbye. Of course, the illusion shattered, but not before a phantom of it tucked itself into my brain, ready to be picked up time and again.

These small memories of Hillsdale, New Jersey, may not all be large moments, but they still matter. Such a tight knit town relies on the narratives of its dwellers, its everyday seconds that get tucked into back pockets and inside notebooks. Such moments build its character, one brick at a time.

From one girl from Hillsdale to another, what are your favorite memories? Share them down below!

You Know You Are From A Small Town In Massachusetts When…