Also known as Joe Biden’s wonderful wife, Mrs. Beiden received her master’s degree in education from WCU. This allowed her to teach secondary English and reading for 13 years.  She also worked with adolescents with emotional disabilities at local psychiatric hospitals for 15 years.

^ Please can I hang out with this dynamic duo? ^

Dunphy is a classical music composer native to Australia. Her melodic music has been featured on the Rachel Maddow Show (Rachel is my girl crush.) Dunphy is also an actress, whose notable performances have been in many of Philadelphia’s local Shakespearean plays.

Spice attended WCU for chiropractic courses.  After college, she joined World Championship Wrestling and the Nitro Girls dance team. She is an inspiration to women wrestlers everywhere. ~ Girl power! ~

Rush majored in Phys. Ed. and played on the WCU basketball team for two years. Later, Rush led Immaculata U’s Mighty Macs to win three consecutive national titles in the 70’s, and six consecutive final four appearances, attaining a 149-15 record for the school.  She was inducted into the Basketball Hall of Fame in 2008.

Dunn played baseball with the All-American Girl Professional Baseball League, which inspired the 1992 film A League of Their Own.  After graduating from WCU in 1960, she went on to play for the National Field Hockey Team. She was later inducted into the USA Field Hockey Hall of Fame in 1988.

Heidi Strobel & her Phillies pitcher hubbie founded the HAMELS foundation. This charity focuses on giving children in the US and Malawi the tools they need to achieve education. They have also reached out to support 1 million orphans in Africa that have been affected by the HIV/AIDS epidemic.

Comitta received her B.S. in Education from WCU in ’74. She has since gone on to contribute to the UN Conference on Human Settlements in Istanbul in 1996, and aid in the annual conferences of Health  Environment of the UN since 1992. She has also served on the WCU College of Arts & Humanities Dean’s Advisory Board since 2016.

Washington played on the WCU basketball team that won the first national women’s tournament in ’69. She went on to coach Kansas University’s basketball team for thirty years, and receive the Black Coaches Association Lifetime Achievement Award and a membership in the Women’s Basketball Hall of Fame for leading KU’s team to numerous victories.

Wolf graduated from WCU in 1968. Wolf worked heavily with urban communities, spending her time in soup kitchens and homeless shelters.  She discusses this in her book, Down and Out in Providence, where she documents her experiences as she lives as a homeless person for thirty days. She became an American bishop in Rhode Island, and from 1986 to 1995 was the first women dean of a cathedral in the Diocese of Kentucky.  In other words, she is one of the sweetest old ladies ever.

Williams, a Philadelphia native, studied criminal justice at WCU.  Later on, she became an actress. She is famous for her roles in Meek Mill’s Streets, ABC’s One Life to Live, and Showtime’s Twin Peaks. Prior to acting, she worked in the homicide unit at the Chester County District Attorneys Office. She is also super beautiful! 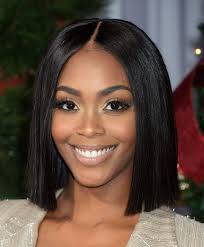 Mcilvaine Smith graduated from WCU with a degree in Elementary Education. She went on to become a member of the House of Representatives, where she won her seat by 23 votes, giving Democrats control over the State House for the first time in 12 years. She also made history as being the first Native American being elected to legislature!

^  Mcilvaine–Smith and colleagues at a Chester County Fund for Women and Girls function! ^

Taylor received her Doctor of Public Service degree in 1943. After being elected to the 156th legislative district of PA, she focused her career on higher education and constituent service. She was elected Republican Caucus Secretary in 1995.

She gained her B.S. in music education from WCU, and went on to earn her Ph.D. in music ed. from The Ohio State University. Major has taught middle and high school choir in Missouri. She also has worked as a graduate teaching associate at her second Alma mater, OSU. She currently teaches at WCU!

You are capable of changing the world. In fact, every move you make affects the world, and the empowering things is… you hold the decision to make your tides in this big ocean we call life, positive or negative. (Choose positive!) All the women listed above worked so hard to get where they are today. During my research, not once was the opposition they faced due to their gender mentioned. So, in honor of all these women, let me acknowledge their struggles that we can all relate to and praise them on their strength and determination to succeed and make a difference, regardless of the sexual, racial, or any other kind of discrimination they faced during their younger days. Young women are strong! Remember: United we stand, divided we fall!

Who is your favorite out of these West Chester University Alumni? Let us know in the comments!

Gracie is a freshman at West Chester Unviersity in Pennsylvania, double-majoring in secondary special education and earth and space science. As a firm believer in karma, love for all people, and animal rights, she is a passionate vegan and humanitarian. She loves her family, friends, and Mother Earth with all her heart. Her future endeavors consist of joining the Peace Corps to eduate children with special needs in developing nations, visitng global cow sanctuaries, and recieving her Master's degree in education.

5 Reasons Why I Chose To Go To American University

15 Famous Alumni From Baylor University You Never Would Have Guessed

15 Famous Alumni From University of Chicago