Between the famous Walnut Park and the Syracuse Triad of Alpha Phi, Gamma Phi Beta, and Alpha Gamma Delta, Syracuse’s Greek Life is anything but ordinary. From the start in 1871, to today, Syracuse Greek Life will always be legendary. Keep reading to discover notable alumni that might make your Greek experience feel even more special. Here are 15 famous Syracuse alumni that were in Greek Life!

As seen in the photo, Story Musgrave is an astronaut, having spent over 53 days in space. He also has earned himself 6 academic degrees. His first? Syracuse University.

Langella is a Tony Award winning actor, best known for his role in the 2006 play Frost/Nixon. In 2002, this Crow alum was inducted into the American Theatre Hall of Fame.

Orlins is a two-time Survivor contestant. This Alpha Phi lasted an impressive 61 days during her run with Survivor.

Although best known for his role as an anchor for Dateline, Koppel is known to stop by Syracuse’s own WAER radio station. In 2007, this Pike alum won the Lifetime Achievement Emmy Award.

Before she was known for doing a cartwheel after a successful fashion show, Betsey Johnson lived “behind the blue door” at 125 Euclid Ave. Not only has she pushed the boundaries in the fashion world, Johnson has also kicked breast cancer’s ass back in 2002. Keep doing you, Betsey!

Williams has numerous claims to fame, including holding the title for Miss Syracuse, and the first African-American recipient of the Miss America title. She also is noted for her song “Colors of the Wind” in Pocahontas, as well her role in Ugly Betty and Desperate Housewives. Is there anything this Zeta Phi Beta can’t do?!

Whether you grew up knowing his name from the famous New Year’s Rockin’ Eve, or just walking by the Dick Clark Studios in Newhouse, this DKE brother is one of Syracuse’s favorite alum. In fact, in 2013, Clark left behind $1 million to scholarships for Syracuse DKE brothers!

Although Phi Mu is no longer an active chapter on the SU campus, Oates’ numerous awards prove to be something special. Known for her writing, Oates has won a National Book Award, two O. Henry Awards, and the National Humanities Medal. Today, you’ll find her teaching creative writing at Princeton University.

You may recognize this SDT sister from The Real Housewives of Orange County. Her marriage to plastic surgeon Terry DuBrow was spotlighted during her four year run on the reality show.

Yorn was a brother of DU, which just came back to campus during the Fall of 2016. This indie rock musician is best known his Gold Certified album musicforthemorningafter and his Platinum album Break Up featuring Scarlet Johansson. No Syracuse student is going to regret falling in love with his single Relator. Check it out on youtube here.

Schrager was one of two original founders and owners of the famous Studio 54 in New York City. The famous nightclub was run by Schrager and his Sammy brother, Steve Rubell. On January 17th, 2017, Schrager was given a complete and unconditional Presidential Pardon by President Barack Obama for his charges on tax evasion.

One of the most philanthropic woman to pass through Syracuse, this Pi Phi definitely has a big heart. Not only was she a founder of World Education and World Literacy Canada, she was actually a friend of Mahatma Ghandi. In 1947, Ghandi requested Fisher to visit him and help continue his work at the Literacy House in India’s villages.

You may recognize this Kappa from Good Day L.A. or Access Hollywood. With big roles like this, it’s no surprise to learn this sorority sister has been reporting since she was only 11-years-old.

It’s no wonder Theta collectively has one of the highest GPAs on campus with alum like Burlingham in their history. Burlingham spent most of her life studying fungi, and making scientific discoveries we still use today, like iodine staining for species identification.

Finally, Drew Taggart. Before making frat party anthems like “Closer” and “Roses,” Taggart was an SU student and brother of Sig Chi. Whether you swear the lyrics are “roommate back in Boland” or “roommate back inBoulder” we can all agree on wanting a Chainsmokers Block Party round 2.

Who are your favorite famous Syracuse alumni that were in Greek Life? Share in the comments below! 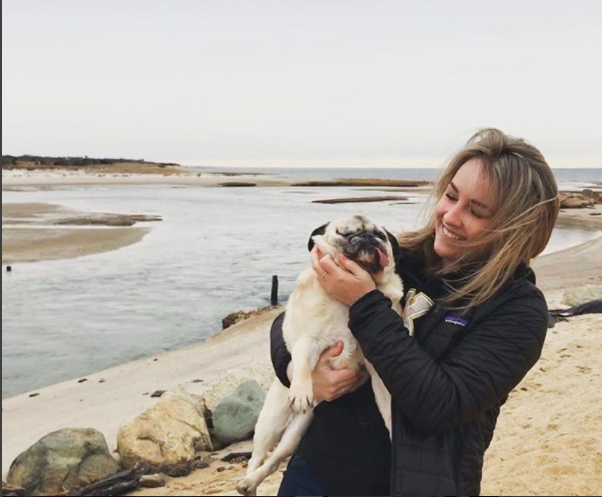 Lover of pasta salad, and all things with whiskers.

5 Reasons Why I Chose To Go To UC Berkeley