After college everyone moves on to their prospective field and does what they will with their career. Most are everyday people continuing on with their lives. However, some alumni go on to become famous whether it’s for sports or due to their major. I am going to be picky with my sports alum, otherwise the whole list would be UConn basketball players. Keep reading for 15 famous alumni from UConn!

Any current husky knows Ollie as the men’s basketball team head coach, but he also attended UCONN as an undergrad! He graduated in 1995 with his communications degree and played 4 great seasons in Storrs before playing basketball all over the place. He played in the NBA before becoming assistant coach at UCONN under Calhoun, and two years later became head coach.

One of the most well known men’s basketball players to play in the NBA, Ray Allen also started his career at UCONN. He played for three years and earned Big East Player of the year in his final season before entering the 1996 draft. He was picked up in the first round, and is known for being one of the most accurate three-point and free throw players in the history of the NBA. Allen also won an Olympic medal in 2000, and retired from the NBA in 2016. You can see Ray Allen’s name in Gampel as a Husky of Honor.

It was a very difficult decision to choose a single female athlete to talk about, but finally decided on Kara Wolters. She played for the women’s basketball team for four years, and was a part of the women’s first national championship team, as well as a perfect 35-0 season. She was also inducted to the Huskies of Honor, and played for the US in the 2000 Olympics, where they won the gold. Wolters played in the WNBA for 4 years, and currently works as a studio analyst for SNY during the UCONN women’s team’s games.

Scott Burrell, a Connecticut Native, was a multi-sport athlete growing up. He almost played baseball for the University of Florida, but decided to come to UCONN to play basketball. He played minor league baseball over the summers while playing for the Huskies during the school year. He was the first American athlete to be a first round draft pick for two major sport organizations (MLB and NBA). Burrell came back and received his bachelor’s degree at UCONN in 2010, and he is the current coach for the men’s basketball team at Southern (SCSU).

Moynihan went to UCONN as an undergrad and graduated as a theater major. You’ve probably seen him in SNL, where he has been a cast member since 2008. He also does stand up comedy and has appeared as an actor/voice actor for commercials, television shows, and movies.

Best known for her role in When Harry Met Sally and being one of the most successful actresses of the 90’s, Meg Ryan was also a Husky during her early years. She left her hometown of Fairfield CT to come to Storrs and study journalism, although she did eventually transfer to NYU. She used to act in TV commercials and As the World Turns during college to make extra money, and eventually dropped out before graduating due to her success as an actress. She married (and eventually divorced) Dennis Quaid, but has had much of her own success.

This man has had commercials on TV as long as most of us have been alive, and you’d probably recognize him if you saw him on the street. He is the founder of Bob’s Discount Furniture. You know, the one who sponsors UCONN athletics? Bob is an alum of the UCONN business school, class of 1974. After an accident in 1976 left him with leg problems and trouble sleeping, he tried waterbeds and loved them. Kaufman started selling these beds and made connections in the furniture business, mostly for nightstands and dressers. He launched this business in 1991, and the rest is history.

Curry attended UCONN School of Law for his JD, and was a two-time nominee for Connecticut state governor. After the 1994 election, Curry became Counselor to the President and was the domestic strategist under Bill Clinton from February 1995 to the end of Clinton’s term on January 20, 1997.

He is known for being one of our Connecticut state senators, but was another UCONN alumnus. Murphy graduated from the UCONN School of Law with his JD. He used to be a state representative, and before that worked for the CT house of representatives. Murphy has supported same sex marriage and the prevention of gun violence. He even presented a filibuster for gun control following the Orlando shooting, making it the 9th longest filibuster in US history.

These three alumni are now the president or dean of colleges within the United States. Scott Cowen (BS degree, class of ‘68), who also played football for UCONN, was the president of Tulane University from 1998 to 2014. He also taught and wrote peer-reviewed journal articles and five books. Joseph Polisi (BA in PoliSci) is the current president of the Juilliard School in New York City. He also worked as the executive officer of the Yale School of Music, Dean of the music department at the Manhattan School of Music and the University of Cincinnati college-Conservatory of Music. He has his Ph.D. in musical arts from Yale as well. Thomas Duffy (Masters of Musical Arts) is the professor (adjunct) of music and the director of bands at Yale University. He also taught at UCONN after getting his doctorate from Cornell. Duffy had a musical intervention with the students at Yale School of Nursing to train these students to “better hear and identify body sounds with the stethoscope” (duffymusic.com).

Hoffman was an experimental psychologist who went to UCONN for his Ph.D. He did work with imprinting, the startle reflex, and even wrote a book about the cause of social attachment. Before he started college he fought in World War II, then went through multiple majors before deciding to pursue psychology. Hoffman also taught statistics at UCONN after he graduated. In 1963 he rediscovered “prepulse inhibition”, as well as invented the term. He passed away in 2006, but made contributions in his field before his passing.

After getting his PoiSci bachelor degree from UCONN, Calder was a senior official for the CIA. He was in Benghazi, Libya, trapped in the CIA base, during the riots before the Arab-Israeli war. Calder retired from the CIA in 2001, and passed away in 2014.

Tony Todd is currently an actor, film producer, and voice actor, as well as having performed on and off broadway in shows. He was raised in Hartford and graduated from UCONN. You might recognize him (or his voice) from The Rock, Kurn in Star Trek: The Next Generation, the voice of Zoom on The Flash, CIA Director Graham on Chuck, Bludworth in Final Destination 5, and the voice of Fallen in Transformers: Revenge of the Fallen. Todd has also guest starred and made appearances in movies and shows such as Law and Order:SVU, 21 Jump Street (the show, not the movie), 24, Psyched, Charmed, and Criminal Minds.

This former husky became a four-star general after coming to school at UCONN. Jaskilka graduated from UCONN with his BS degree in Business Administration in 1942. He served in the Marine Corps for 34 years. He served during WWII and the Korean and Vietnam Wars. He even survived a sinking ship during the Battle of Leyte Gulf in 1944! He quickly moved up the rankings and made a name for himself in the Marines. He holds personal decorations such as the Navy Distinguished Service Medal, Silver Star, Bronze Star, and Legion of Merit. He passed away in 2012.

This Costa-Rican-American is both a former Husky and a former astronaut! He graduated with his bachelors in mechanical engineering in 1973, and was selected as a NASA astronaut candidate in 1980. He flew different missions, performed 3 spacewalks as part of the Space Station construction. After retiring as an astronaut he helped with research for plasma rocket propulsion technology and environmental protection. Diaz is a part of the NASA Astronaut Hall of Fame and is decorated with awards such as the “Buzz Aldrin Space Award”. 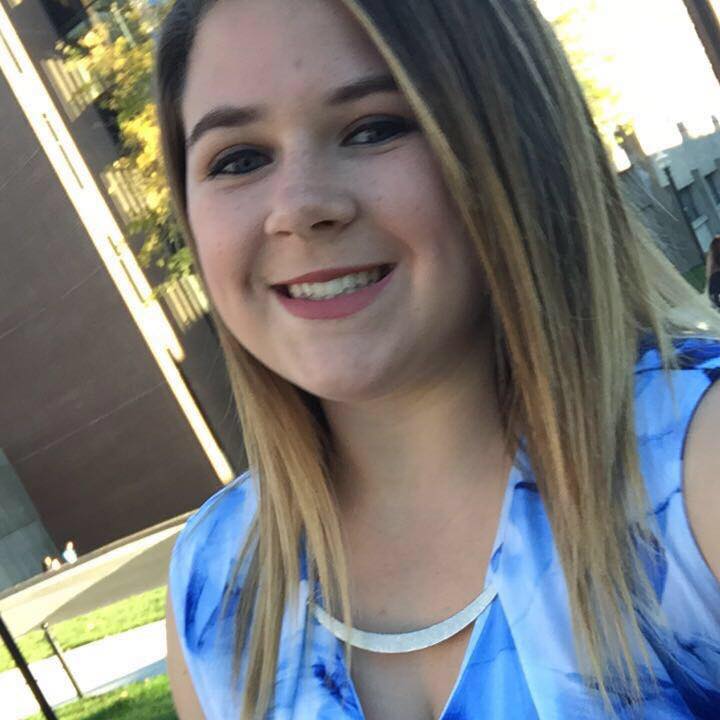 Nursing Major Class of 2019. Dancer, thrower, blogger, and future nurse at your service.