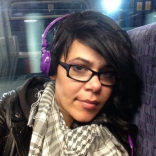 The Hottest Kpop Boy Groups That Will Have You Swooning

Kingston University has a vibrant and creative community with a diverse makeup of students, so it’s no surprise that there are many famous people that have attended Kingston University. Here are just a few of the talented people to have come from the university and are as we say ‘Made in Kingston’

Musician, Richard James, is more commonly known by his stage name Aphex Twin. He is best known for his ambient techno and IDM music produced in the 1990’s, he is critically acclaimed and in 2014 won a Grammy Award for Best Dance/Electronic Album. He took an electronics course at what was then the Kingston Polytechnic but did not graduate.

Angie Bowie, best known as the first wife of David Bowie, is an American actress, model and journalist. She influenced glam rock fashion and culture in the 1970’s and helped create the costumes for the Ziggy Stardust stage show, one of David Bowie’s most famous alter egos.

Eric Clapton is a singer, songwriter blues and rock guitarist that has been called one of the most influential guitarists of all time. He is the only person to be inducted into the Rock n Roll Hall of Fame three times and received 18 Grammy awards. Clapton studied Art at Kingston but was dismissed after a year because his interest was more in music rather than art.

Charles Ingram is a novelist and British Army Major most well known for appearing on the show ‘Who Wants to Be a Millionaire’ where he at first won the £1 million prize. He was later found guilty of cheating with the help of his wife and prosecuted for the scandal, they also took back the prize money!

Graeme Le Saux was a professional footballer in the 1990’s and 2000’s, playing for Chelsea, Blackburn Rovers and Southampton as well as the England Team for which he made 36 senior appearances. He started all four games during the 1998 World Cup and scored one goal against Brazil. He originally took a degree in Environmental Studies at Kingston University before dropping out to concentrate on football, maybe being a college dropout is not the worst thing in the world after all.

Just Jack is a musician whose real name is Jack Allsopp, he has had several top 40 hits on the UK Official Charts including his 2007 number two hit ‘Starz in Their Eyes’ Bizarrely Allsopp’s degree from Kingston University is in furniture design which may not be music related but is certainly an interesting subject.

Sarah-Jane Crawford is a British TV and Radio presenter, model and actress. Sarah began her career on Shipwrecked 3 on Channel 4 and started presenting in 2007. Recently she co-hosted the E! Coverage of Prince Harry and Meghan Markle’s wedding live from Windsor Castle.

Glenda Bailey OBE is Editor in chief at Harper’s Bazaar. She has been awarded three Editor of the Year Awards, five Magazine of the Year Awards and for her coverage of human rights issues she has won two Amnesty International Awards. It’s hardly surprising that Bailey studied Fashion at Kingston University, although she went into publishing her work is definitely rooted in the fashion industry.

Lawrence Dallaglio was a Rugby Union England team captain that also played for the London Wasps. He was inducted into the World Rugby Hall of Fame in 2016 in acknowledgement of his achievements and now works as a pundit on the Rugby sports television circuit. Dallaglio studied Property Development at Kingston University and luckily for British Rugby he had a change of direction after he graduated.

Richard Archer, the singer, songwriter and guitarist, is the main songwriter and composer for the indie rock band Hard-Fi. The band Hard-Fi produced several top ten hits and two number one selling albums. His degree is in music so it makes perfect sense he went on to become an excellent musician.

Benjamin Barnes is an actor who is best known for his role in the popular movie series ‘Chronicles of Narnia’ as Prince Caspian. He also starred in the television series Westworld and The Punisher amongst other television and movie roles. His degree is in Drama with English Literature, which would have come in handy when playing Dorian Gray in the 2009 adaptation of the Oscar Wilde’s ‘The Picture of Dorian Gray.’

Sir David Chipperfield is an architect that established his company David Chipperfield Architects in 1985. The company has since gone global with offices here in London, Milan, Berlin and even Shanghai, subsequently he has worked on major projects all over the world. He graduated from the then Kingston School of Art in 1976.

Edward McKeever MBE is a Kayak Athlete that has competed in European, World and Olympic Championships, in fact, he won Gold in the K-1 200m event at the 2012 Olympics. He has also won medals in various events at the World Championships.

John Richmond is a Fashion Designer who has three lines under his own name: John Richmond, Richmond X and Richmond Denim. He has strong connections with the rock music fashion industry and as a result has dressed many stars including David Bowie, Madonna and more recently Lady GaGa. No prizes for guessing he studied Fashion at Kingston University and has done extremely well off of the back of it.

Trevor Eve is an actor who had roles in film and television, finding his fame as the lead in the detective series ‘Shoestring’. Sticking with detective dramas he is also known for his role in the BBC’s ‘Waking the Dead’. He originally studied architecture at Kingston however he dropped out after three years to study acting at the Royal Academy of Dramatic Art.

19 Christmas Gifts For Daughters Who Have Everything

The Hottest Kpop Boy Groups That Will Have You Swooning

15 Famous Alumni From University of Virginia