I don’t often go to school with celebrities, but when I do it’s at Arizona State University! These famous people are proud to call themselves a Sun Devil alumni. You may even recognize a few! Here are 15 famous alumni from ASU.

James Christian “Jimmy” Kimmel is now a TV host for Jimmy Kimmel Live!, a comedian, producer, writer, and radio personality.  When attending ASU he was an undecided major and eventually dropped out due to the pregnancy of his then-girlfriend Gina Maddy.

Kate Spade was a transfer from the University of Kansas.  She graduated in 1985 with a journalism degree that landed her a job for Mademoiselle magazine as the accessories editor.  This then inspired her to begin creating her own handbags because she thought the market needed more options.  Two decades later the Kate Spade brand has expanded and done very well as a business.

That’s right, Arizona’s 23rd governor was a proud Sun Devil!  Ducey was a finance major and graduated in 1986.  While at ASU he worked for Hensley & Co.  After graduation he worked hard and became CEO of Cold Stone Creamery.  Once that company was sold, Doug Ducey was appointed as a chairman for iMemories (a cloud based storage and streaming service).  This eventually lead to Ducey becoming the state treasurer in 2011 and governor in 2015.

David Spade, Kate Spade’s in-law, is also an Arizona State University alumni.  David Spade graduated in 1986 with a degree in business.  Straight from ASU he began stand up comedy at college campuses and night clubs after being pressured by friends.  A casting agent saw one of his shows in LA and from then on he was a hilarious hit.

Michaels graduated from ASU with a degree in radio and television and a minor in journalism. He has then gone on to host Monday Night Football, the “Miracle on Ice” against the Russian Olympic team, and game 3 of the 1989 World Series Game.

You may not recognize the name at first but, Alcorn represented the USA in the 2012 Olympics in track and field.   Prior to being a Sun Devil, Alcorn attended the University of Oregon for two years. Kyle then finished his education at ASU with a major in communications and business.

For all you golf fanatics, this is your guy.  Phil Mickelson graduated with a major in psychology and was the 2nd collegiate golfer to earn 1st team All American honors all 4 years.  In other words, he was REALLY good.  The year after Mickelson graduated he went pro and began his winning streak.

Barry Bonds graduated from Arizona State University in 1986.  Bonds also began his Major League career with the Pittsburg Pirates that year.  He then played for the San Francisco Giants  from 1993 to 2007.  During this time, he broke the all time home-run record and won the National League’s Most Valuable Award.  After accusations of steroid use, Bonds became a coach for the Giants.

Cohan is the former owner of the Golden State Warriors.  He led them to 2 winning seasons and one trip to the playoffs.  Prior to that, Chris Cohan graduated from Arizona State University and is proud to say he is a Sun Devil.

Nick Nolte got to Arizona State University through a football scholarship as an undecided major.  He then moved to LA to study acting at the Pasadena Playhouse and Stella Adler’s Academy.  In 1976, he made his first debut and from then on he was a hit.  He acted in shows and movies with people such as Eddie Murphy, Barbara Streisand, and Susan Sarandon.  During his career he won both the Golden Globe and an Oscar.

Which Societies To Join In Your First Year At Uni

Christine Devine attended the Walter Cronkite School of Journalism and Mass Communication at ASU.  Once she graduated in 1987 she began reporting in Arizona until receiving a job at KTTV.  She is now a member of the ASU Hall of Fame and the Alumni Association.

White attended ASU on a baseball and football scholarship.  During Danny White’s freshman year he was the designated punter but was also given the chance to improve his skills as quarterback.  This eventually lead to him being the quarterback starter midway through his sophomore season.  He then went on to win 3 Fiesta Bowls, setting 7 NCAA passing records, named an All-American in 1973, being inducted in the Hall of Fame, and named the Arizona Athlete of the Century in 2000 by the Arizona Republic. 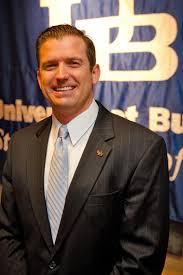 Derrick Hall attended ASU on a speech and debate scholarship with a major in broadcast and journalism.  While at Arizona State University he was awarded “Man of the Year” in 1991 and was the first person to receive both ASU’s Founder’s Day Alumni Achievement Award and the ASU Young Alumni Achievement Award.  Hall was then inducted into the ASU Walter Cronkite School of Journalism and Mass Communication Alumni Hall of Fame in 2002.

Lo Duca went to ASU for one year after going to Glendale Community College for three years.  The one year that Paul Lo Duca did play for ASU he was named Player of the Year and set a school record with a .446 batting average and 129 hits.  He was also named ASU “On Deck Circle” Most Valuable Player.

Mustafa studied history while at ASU.  Even though he did not play football in high school, he was a starting wide receiver for the Sun Devils.  But after a confrontation with one of the coaches, he was benched his senior year.  After graduating from ASU, the Tennessee Oilers signed Isaiah Mustafa onto the practice squad.  Many attempts later he began his acting career with small roles.  But, Mustafa gained his fame from Old Spice’s “The Man Your Man Could Smell Like” commercial.  Don’t remember him or want a good laugh? YouTube the commercials!

This is a pretty impressive list famous alumni from ASU, are there any celeb alumni from your school? Let us know in the comments below!

15 Signs You Grew Up In Grosse Pointe, MI

14 Things Everyone Should Do Before They Pick A College Major