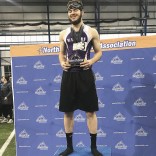 5 Reasons Why You Need An Adventure Buddy In College

College parties and kickbacks are always a fun way to socialize with friends and other students and decompress after a long week of studying. They’re also the ideal place to sip some alcohol while having a good time. But what better way to spice up your drinking experience than adding some drinking games to the mix?

Drinking games are an entertaining, amusing way of getting plastered on Friday nights, and the more creative the games are, the more engaged the partygoers will be in the fun. To help get your night started, here are 10 different drinking games you and your friends can play that will surely bring life to the party!

Most of these drinking games have unique “house rules,” so there is no set way on how to play certain games. With that being said, you too can use your own creativity to lay down the laws of the land at your party!

When you think of college and of drinking games, this one may be the first that comes to mind. Perhaps the most famous drinking game on the list, beer pong is a game you should give a try at some point during your college experience! All you’ll need for this game is two ping pong balls (and probably a couple extras just in case), at least 20 plastic solo cups, and a long beer pong table.

The objective of this game is simple: you and a partner take on another duo in a contest to see who can shoot a ping pong ball across the table into an organized arrangement of 10 plastic solo cups, each a little less than half full with beer (or water, depending on how you choose to play), and the first team to splash all 10 cups wins the game!

The arrangement at the start of each game is always the same as the way bowling pins are set up at the beginning of a frame. From there, it becomes a pressure packed, long range shooting competition. As more cups are made and taken away, you can rearrange or rerack the remaining cups into different formations that you and your partner can work together on deciding.

Everybody has their own set of rules for beer pong, so it’s important to get quickly acclimated before playing!

One of the handful of drinking games that get playing cards involved, drunk Uno adds quite the twist to a childhood classic.

There is more than one way to play drunk Uno, but if you’re into mixed drinks, here’s some interesting ways to spice things up:

Everybody plays drunk Uno a little differently, but whether you play by the rulebook or stack your draw twos and fours, this game is sure to liven up the party!

Another set of rules to drunk Uno can be found in the image below.

3. Never Have I Ever

The ultimate game of truth!

Never have I ever is a revealing drinking game that is a contest to see who can last through the most questions asked by each individual players within the circle. Players will always start their phrase with “never have I ever” before stating something they themselves have never done. If any of the players in the circle have done that action at any point, they are forced to drink.

Each player has five lives, and the first player to lose all five loses the game and is forced to drink for 5 seconds!

No, you will not need a saddle and spurs for this one.

Horse racing is another drinking game that involves cards along with gambling and a little bit of luck.

To play, all you’ll need is a standard playing card deck. You’ll use all four of the same type of card (typically aces) as the horses, and with a shuffled deck, take at least six cards and line them face down vertically. Each person in play will bet an amount of seconds or drinks on their suited horse, and then the race is on!

The betters of the winning horse then allocate their drink amounts to the losing betters, and a new race can be started afterwards!

Have you ever been… Thunderstruck?

This drinking game is special because it even has its own theme song: Thunderstruck by AC/DC. To play, you’ll want to have this song cranked up on the speaker with a few drinks nearby.

You’ll want to be in a circle for this one, and you’ll want to designate who will start things off. Once the song is playing, the starter will wait for the highly anticipated moment the band voiced “thunder” for the first time. This is when they will begin drinking until the next time “thunder” or “thunderstruck” is sang, than the next person (usually going clockwise) begins drinking, and so on and so forth, all the way until the song is over.

Thunderstruck is about a five minute song that mentions the word “thunder” about 33 times. Good luck weathering this storm!

A cup of liquor only fit for a king or queen. Sort of.

King’s cup is another drinking game that requires a deck of cards, except this time, the game revolves around the four kings. All 52 cards in the deck are face down and scattered around a cup in the center of the table. This cup is filled with a pour of all the competitor’s drinks, made specially for the loser of the game.

Each numbered card has its own meaning, and there are typically house rules to this game, but these are generally the common meanings behind each card:

That mixed drink is far from a royal flavor, so you’d better hope you don’t get crowed!

Flippy cup. A drinking game where you flip a cup. Pretty simple, right?

It’s actually tougher than you think. To play, you’ll need some plastic solo cups, a table and a few teammates to form a team. Usually, you’ll want to make of at least four players, and the opposing team will have the same amount. Each player will have their own cup, filled with about a shot’s worth of alcohol.

Teams will line up across the table from each other, and typically a player at either end of the table will start. Two players lined up across from each other will take their shots of alcohol and, with their now empty cup, will try to flip it so it lands upside down on the table. Once a player gets the cup to land, the next player on their team takes their shot and tries to flip their cup, and the first team to get all their cups landing upside down is victorious.

Is it red? Is it black? You decide!

Red or Black is a drinking game that, again, requires cards. This time, you’re guessing the color of the suit of card that the dealer is holding.

This game can definitely get you drunk pretty fast, because in order for you to win, you must successfully guess three suits in a row. If you get any guess wrong before you get three correct, you have to drink.

Can you guess three suits in a row before you run through the whole deck?

I’m pretty sure this game was invented long ago by somebody else, but me and a friend still take credit for this one.

The dice game is a drinking game that involves a pair of dice and a circle of players. It only takes three players to play, but more are always welcomed!

Whoever is chosen to start will chose the direction the game will go. Once decided, a player will be going head-to-head with the person next to them for the rest of the game. Each player will roll the die, and for the first time around the circle, the player with the lowest number rolled will drink the amount of seconds they rolled, and then they’ll roll again against the person on the other side of them (so they’ll have a chance to drink twice!)

After the dice reach the starter, the game gets taken to the next level. For the rest of the game, whoever rolls the lowest number has to drink the amount of seconds of the higher number rolled. There are no winners in this game, so the game will continue around the circle until it the players choose to call it quits.

You’d better hope to have the luck of the roll on your side in this game, or it could be a long (or short) night out for you!

Last, but certainly not least, we have another classic drinking game called ride the bus. This game has three phases that seem complex, but are pretty easy to understand once you get rolling.

The dealer will have a card face down, and going to their left, will ask the player the following questions before dealing each player their card:

A player will have to drink for each question they get wrong.

The next phase is a pyramid, where the dealer will set up a pyramid of face down cards, with five cards in the bottom row, four in the row above, all the way until there is a row of one at the top.

Each card in the pyramid holds a value of drinks to dish out to other players. Each card on the bottom row is worth 1 drink each, while the top card of the pyramid is worth a whopping five drinks.

One by one, each card on the bottom row is flipped, and players with their four cards in hand can match a flipped card number and earn drinks to handout to other players. This continues until the top of the pyramid is reached.

When the final player is decided, they must face a line of 10 face down cards. Cards are flipped one at a time, and if the card is numbered, the player is safe. If the card is a face card, such as a Jack, Queen, or King, or Ace, the player must take a drink.

But here’s the final twist!

Each face card holds a different value for amount of drinks:

May luck be ever on your side, or else you’ll have to take the ride!

Drinking games are a great way to spice up the party with some additional entertainment, and are a great way to make social drinking more fun. With so many different game options for you and your friends, the fun is limitless. Grab some friends, some booze, some cards and some cups and get that party started and as always, drink responsibly!

5 Reasons Why You Need An Adventure Buddy In College