With so many beautiful and amazing creatures on this Earth, it is impossible to keep track and know them all. From the deep, dark seas to the highest tree tops, these are 20 cool animals that you probably had no idea existed!

The Tarsier is a nocturnal animal that is found in a number of South-East Asian islands. Their eyes are huge (one eye ball weighing more than its brain) to help aid them in seeing at night! They are carnivores and usually eat birds, lizards, and insects. Tarsiers leap from tree to tree to catch their pray. I can’t decide if they’re super cute or really terrifying.

At first glance, the Fossa looks like a cat, dog, monkey and possible weasel mix. But, they are actually not related to any of those animals. These carnivores live in Madagascar and are really only known by the natives who live there. For a long time, Fossas dominated Madagascar and the locals created legends and myths around them. The Fossas long tail and cat like paws give them the ability to climb high into the trees to hunt.

Commonly referred to as the “flying lemur”, the Colugo is a gliding mammal that can be found in high treetops of Southeast Asia. These animals are actually not lemurs, and not much is known about them because they stay as high up as possible. Colugos are nocturnal and have a strict herbivore diet of flowers, fruits, and nectars.

For this species, it is the male that really stands out. Not only are there more males found, but the male Superb Bird of Paradise is the one who has the giant black cape, where the female is mostly brown. Because competition is high for mating, the males do a courtship dance where they open their capes and try to impress the ladies.

For these animals, it is really all in the name. Unlike the hard shell protection most turtles get, these turtles have a smooth surface, giving them a lot less protection then their relatives.

Also refereed to as the “living fossil”, the Golbin Shark is a deep sea shark that has family dating as far back as 125 million years.

The Blue Dragons are slugs that are commonly found in warm waters in the South Pacific. Recently, they have been spotted in waters off of Bermuda. Besides being really pretty and colorful, these animals are actually poisonous and use a sting as a way of protecting themselves and catching pray. The Blue Dragon has been found to actually store venom from other predators and use it later for an even more lethal attack. So if you see these pretty creatures, don’t touch them!

The Mantis Shrimp is actually not a shrimp, but a relative to shrimp, crabs, and lobsters. Don’t let the pretty colors of the Mantis fool you, they are commonly known as deadly and not many stand a chance against them. The Mantis Shrimp has two clubs on the front of their bodies that are used to attack prey at over 50 mph which causes the water around them to actually boil. The hit with these clubs is more than 160 pounds of force. For this reason, you will rarely find this species in an aquarium.

Commonly found in places around Nigeria and Kenya, the Bush Viper gets its name from the “bush like” appearance. This venomous viper can be found in various colors like green, red, and orange.

As you can tell, this massive bird gets its name from the “shoe like” beak or bill. The Shoebill can be found living in the swamps of tropical Africa. The sharp point on the tip of their beaks allows them to kill their prey.

Found in Australia, the Thorny Dragon is a lizard that has, well you guessed it, thorns all over its body. This is used to protect itself from prey. They also have a “fake head” on the top of them which they used to attack. 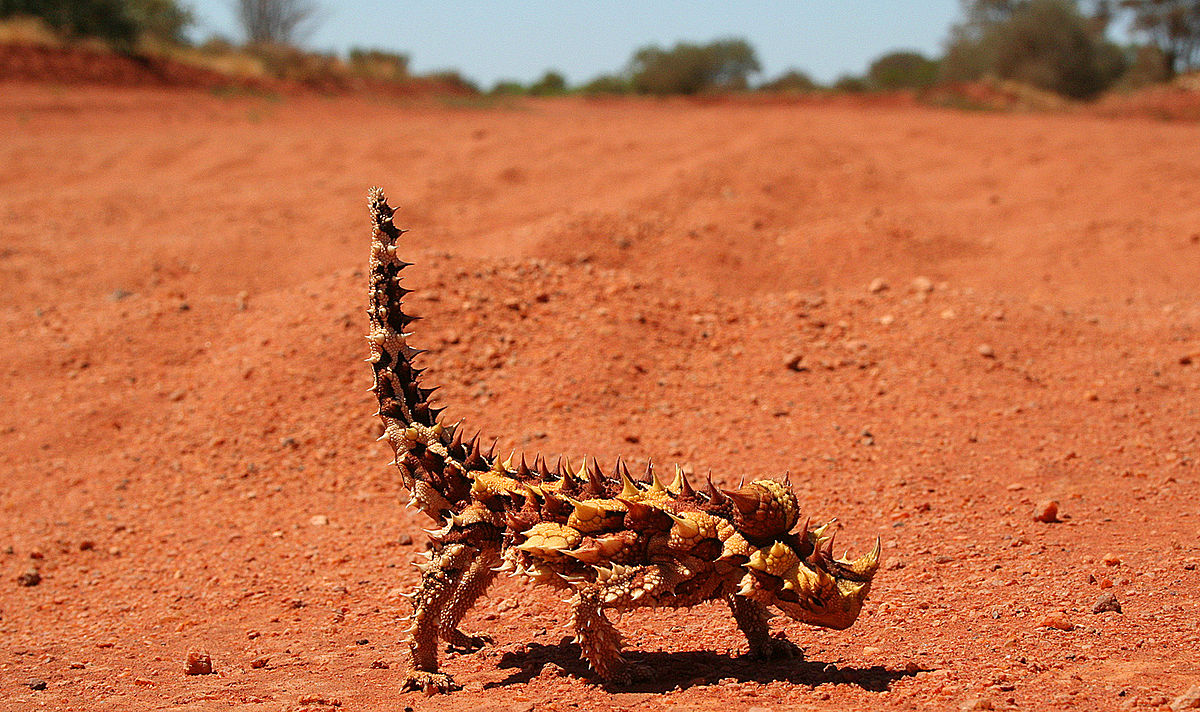 SO CUTE. The Long Eared Jerboa is usually found in the deserts in Western China. Besides being adorable, their long ears are used to help keep them cool in the desert heat. These Jerboas are nocturnal and come out when it finally cools down. 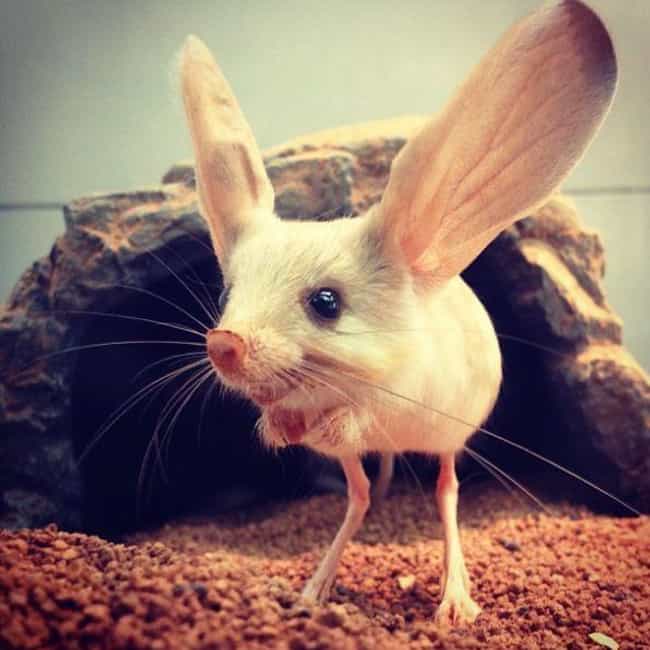 The “cow killer” ant or the Red Velvet Ant can be found in the United States, mostly in the East Coast from Florida to Connecticut. Although they don’t have wings, this species is actually a part of the wasp family rather than the ant. The female wasp actually has a poisonous sting that causes so much pain it’s “enough to kill a horse”.

If I came face to face with one of these crabs I think I would actually pass out. The Giant Coconut Crab is the largest land-living arthropod in the world. These crabs, unlike other decapods, live entirely on land and will actually drown if they are left in the water for too long. Sometimes, the coconut crab is called the “robber crab” because they climb up to the top of trees, cut the coconuts down, and eat them. This species can be found on islands across the Indian Ocean and parts of the Pacific Ocean.

Glass Frogs are tree frogs that can be found in parts of Central and South America. The reason behind their name is pretty obvious. They are completely transparent, like glass, on their bottom half and all of their internal organs are visible!

The Blob Fish might be one of the ugliest animals on this list, but for good reason. This fish lives off the coast of Australia, DEEP under the water. They actually live somewhere between 2,000 and 4,000 feet below the surface.

The Okapi are striped like a zebra, but they have no relation. These animals are actually relatives to the giraffe! They can be found in the forests in African, but they are so well hidden that it is very hard for scientists to learn more about them.

Maned Wolf is technically not a wolf or a fox , but due to the resemblance, they got the name. This canid can be found in tall grass areas in South America and has a long, red mane to help them stay protected.

If you can say you don’t want one, you’re lying. The Angora rabbit originated in present day Turkey where their popularity grew from their long, soft hair. Now, they are one of the most common breeds to be domesticated. I WANT ONE.

The Axolotl is found in the waters around Mexico and is commonly known as the Mexican Salamander. This amphibian is currently at high risk of becoming extinct due to pollution in the water.

What are your favorite cool animals!? Share in the comments below!

20 Signs You Grew Up In Walnut California

You Know You’re From Massachusetts If

Top 5 Places To Get The Best Seafood In Seattle

12 Delicious Salmon Recipes That Will Make You Love Cooking Fish

The Best Animal Instagram Accounts You Should Be Following

12 Adorable Photos Of Hedgehogs That’ll Turn Your Day Around