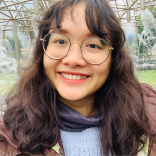 Chinese cuisine has been lasting for 5000 years. It represents the culture, the complete thought of ancient Chinese. The way every dish displays, how every ingredient combines, the smell and taste of it, it all has a significant meaning. Here are the cooking secrets from ancient China that you must know.

This is one of the cooking secrets making any Chinese dishes so nutritious, delicious and balance at the same time. The Chinese have cleverly put the Yin – Yang theory in cooking, the food should be a balance in flavors, taste, and nutrition. There is some food have the yin element, while the others have the yang element, some have both.

The food with the yang element usually has a bright color like red, orange. They grow from the ground like potato, papaya, chili and lamp. The food which is sweet, strong in smell and spicy also has the yang element.

On the other hand, the food has yin element has a more savory and bitter flavor, has more water in it. The food group main color is green, and other cold colors. Their origin is from water. For example, yin food can be cucumber, tofu, lotus, soy sauce, duck meat.

8 Cooking Styles In The Chinese Cuisine

Another cooking secret that leads you to success when cooking Chinese dishes is to identify the cooking styles. There are 8 major cooking styles in Chinese Cuisine: Shandong, Guangdong, Xichuan, Hunan, Fujian, Zhejiang, Jiangsu, and Anhui.

If you want to make the fry, grill, steam with a strong flavor Chinese dish, you might want to refer to Shandong dish. The cooking secrets to make a complete dish from Shandong is to use a lot of garlic, onion and especially with seafood.

Guangdong cooking method, on the other hand, holding the cooking secrets which require the dish to be well-cooked, fresh, fatty but not greasy, has an elegant and subtle taste but not tasteless. Each dish needs to be suitable for each season: fresh and subtle taste in summer and autumn, but strong in the winter and spring.

To accomplish the perfect dish of Hunan cuisine, the cooking secrets are to use a lot of chili, garlic, chives, and sauce to increase the flavor.

Fujian is famous for its ‘Buddha jumps over wall’ dish, the soup with the main ingredient are from the sea and vegetable from its mountain. The food here is mainly a little sweet and sour, less savory.

Zhejiang’s cooking secrets are to concentrate on the fresh, soft and subtle fragrance.

Mentioning about China, we cannot miss Jiangsu, a place with beautiful landscape. The cooking style in this area requires the chef to thoroughly decorate his dish. The cooking secrets here concentrate on the knife technique.

Same as Jiangsu, the dish from Anhui is also used wild ingredients and various herbs.

Due to geography and weather, Sichuan cuisine is well-known for its spicy flavors. By combining the strong, savory and sweet, spicy flavor, this has been the cooking secrets that every chef from Xichuan use to accomplish their dish.

Food Is The Priceless Medicine

The reason why ancient Chinese taking meticulously cares for their dish is that they believe food is the priceless medicine, this is another cooking secrets making the Chinese cuisine so precious.

Chinese medicine explains that spicy food can cure common colds, tendons and bones aching and kidney related disease; sweet flavor food like honey or Chinese date can increase the mood for the eater; sour flavor can be used to prevent cold and quench the thirst; bitter food is to allay a fever, increase eyesight and detox.

There are 3 main cooking secrets from ancient China that you might want to refer to when cooking, not only the Chinese dish but also another cuisine in general. Why not providing a nutritious, balanced and delicious dish to your friends and family? Let we know what you think think the comment box below!

10 Neon Lighting Ideas That Will Make Your Room Trendy AF

5 Amazing Dumpling Restaurants In Melbourne You Need To Try

10 Authentic Chinese Foods You Have To Try Before You Die