Going to college is an exciting and scary time for everyone. It is entirely normal to be nervous in the months leading up to your freshman year, but you should be just as excited! Here is a list of common freshman college fears that you shouldn’t have!

1. Getting Lost On Campus

This is probably the most logical fear that people have coming to college. Lucky for you, this is a fear is nothing to worry about. During orientation, your school will most likely do everything they can to familiarize you with the campus. You will be hopping from building to building and they do this on purpose. Everyone around you is also just as lost as you are so you don’t have to worry about being the only one who doesn’t know where they are going too.

Even if you do get lost, there is no shame in simply asking for directions! Other freshmen understand, and the upperclassmen remember how it felt to be a freshman. Don’t be afraid to stop someone, even a professor. They won’t get mad at you, just about everyone is happy to help.

This is something that most people don’t think about until faced with the situation, but it is more common than you think. Most people are absolutely terrified to think that they will have to sit alone to eat. There is absolutely not reason to worry about this. Coming to college, most people don’t know anyone, and if they do it is probably only one or two people. Think of it as more as an opportunity to make friends. You can walk up to someone, ask to sit with them, and there! You just made your first friend!

If you don’t think you are capable of asking someone to sit with them, no worries. Believe it or not, people sit by themselves all the time. Sometimes your friends are in class or you may even just want to sit by yourself. There is no problem having a nice quiet lunch with your headphones on.

When thinking about this, this is an absolutely illogical freshman college fear. You are being put into a relatively small area where everyone is out of their comfort zone, and everyone is there for the same underlying reason. (No, not partying. School.) This is prime conditions for making friends. Most people come into school not knowing anyone, and they are looking to make friends too.  You actually live with these people too, you are within walking distance from just about everyone you meet on campus.

You only make as many friends as you want to though. It doesn’t take too much, but if you stay in your room and never talk to anyone in class, you won’t have as many friends. Just being friendly in general will make you tons of friends, and if you make the first move to talk to them you will make even more friends.

4. Sharing A Room With Someone Else

Being in a dorm is many people’s first time actually sharing a room with another person. This can be intimidating if you haven’t yet. Worrying about life style differences is normal, but if you are reasonable and your roommate is reasonable, you will not have any problems. Of course, there are the “roommate from hell” stories that everyone seems to hear, but there are far more stories of great roommates than terrible ones.

5. Getting Involved In Clubs (Especially Ones That Are New To You!)

College campuses offer more clubs than most people can fathom. If you can think of it, there is probably a club for it. Whether is it art, languages, writing, or sports, there is a place for everyone. Along with adjusting to freshman college life, it can be scary to think about joining a new club. This is a great way of making friends and forming a sense of belonging for yourself though.

6. Being A Freshman Again

This is another one of those issues that most people don’t think about until they are faced with it. You worked your way up through high school and now you are one of the seniors, the cool kids. Now you are put back into an environment when you are the youngest. Yikes.

While this does have its challenges, there is no need to be afraid of it. Each and every person on campus has been, at once time, a freshman. There is no escaping the occasional comment from an upperclassman ending with something along the lines of, “Ugh, freshman” but don’t take it too seriously.

Just like high school though, you won’t be a freshman forever. It is literally only one fourth of your time in college. You can and will get through it. There is far less of a divide between class years too. This is partly because you have classes with people who aren’t in your class year. Classes tend to be a majority of a certain class year, but there are usually at least a handful of people who aren’t in your year.

7. Missing Home Too Much

Homesickness is something that you just can’t avoid if you are going away to college, whether it is across the country or half an hour away, it is a big change. It is alright to get homesick for the first few weeks. If you can get through the first month though, you can make it. Most kids who move back home just didn’t give it long enough. You have to make sure to give it a fair chance first! The freshman college life isn’t that easy, but it gets better.

Usually, if you give it long enough, you will start to love it. Just about everyone says that they are ready to go back or even miss school by the time that longer breaks are over.

20 Signs You Grew Up In San Francisco

8. Thinking You Are The Only One Who Is This Nervous

“Nobody else as this nervous, why am I?”

If that sounds familiar to you, this point is especially for you. Nobody likes to admit how nervous they are about going away to school. You are not the only one who is this nervous. This is a huge change to your life and you are justified in being nervous, but others are just as worried as you are.

Take comfort in this. Everyone is in the same boat! The freshman college life isn’t that scary.

9. Losing Your Friends Back Home

Most of you have been going to school with your best friends for your entire lives, and if you aren’t going to the same school, it is easy to think that you will grow apart. With today’s technology though, you can have 24/7 contact to them. You can text them, Snapchat them, and Facetime whenever you want. These forms of communication are more than enough to keep in touch.

You also have to remember, you won’t be at school forever, you will be home for breaks and you will be home all summer. It gives you yet another thing to look forward to when you go home. You learn that you don’t need to see each other every day to be friends pretty quickly, and your reunion will be worth it!

10. Worrying That People Will Think You Are Weird

This point is usually in relation to hobbies. It is super easy to think that people will think your hobbies are weird and you will automatically be labeled a loser. College has this funny way of crushing the stereotypes of what is cool and what is not. Individuality is celebrated in college, so if you do something unique, you are super cool already. You would be surprised to see who shows up to certain clubs. It is a far more mixed population as far as personality goes. Your freshman college life will be amazing, don’t worry.

Don’t be afraid to be who you are, it is another great way to make friends too!

Do you have any other freshman college fears? Let us know in the comments below! 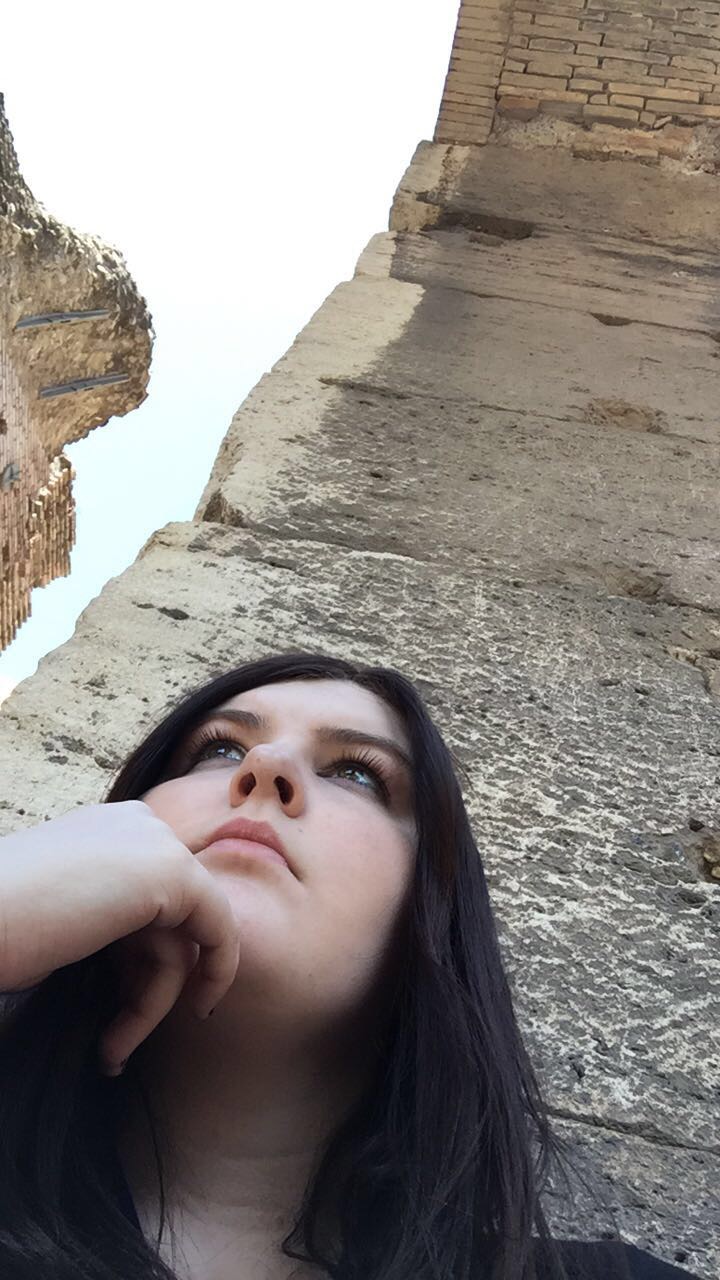 Hi! I'm Mariah! I am a biochem major at Loyola University Maryland and I love just about anything to do with art or music. I have been writing as long as I can remember and I am super excited to write for all of you!

10 Reasons Why You Should Apply To Notre Dame College