I’ve been on a lot of terrible dates in my life, from being catfished (I did get free tacos out of the experience) to a first date watching “50 Shades Darker” that was so many shades of awkward that I single-handedly downed an XL bag of nacho popcorn in distress. The silver lining? I know a lot of date spots around Fordham University. With New York’s subway system, you can get anywhere in Manhattan (and parts of Brooklyn) in a flash- so don’t feel limited! Although a great date plan can’t guarantee a great date if the chemistry’s off, it sure can help! Here are 15 date ideas near Fordham University for every type of guy that would impress even the producers of The Bachelor.

1. If you’re in a polyamorous relationship with food, there’s no better place to go than Brooklyn’s legendary Smorgasburg. With over 75 food vendors serving spectacularly odd delights, such as pasta bagels and ube ice cream, he’s bound to be impressed. For the cherry on top, afterwards head to Brooklyn Bridge Park for staggering views of Manhattan and the Brooklyn Bridge.

2. The things he says are so funny you can’t help but wonder if he rehearsed a script beforehand. Instead of straining to come up with jokes on his level, why not take him to a comedy show at Upright Citizens Brigade and let professionals do the hard work? Cast members have been known to go onto SNL, so get that selfie now while you still can!

3. Crack up over the ridiculous yet delicious ice cream flavors like “Salty Pimp” at Big Gay Ice Cream Shop. Then, take your soft serve over to Washington Square Park for some always entertaining people watching.

4. If your guy wears Christmas sweaters in spring to be ironic and claims Ringo is his favorite Beatle since the others are too mainstream, he belongs in Williamsburg. While strolling around, don’t forget to make a pit-stop at L-Train Vintage.

6. He’s the hottie with the body whose ideal Christmas gift is a tub of protein powder. If his muscles aren’t too sore from this morning’s gym session, take him to Central Park. In the summer, you can pull a “The-Notebook” and rent a rowboat at The Loeb Boathouse, while in the winter, you can rent ice skates at Wollman Rink.

7. Go for a long walk down The Highline. It may not be the classically romantic “long walk down the beach,” but it’s Manhattan’s next best thing. At the end, pop into The Whitney Museum of American Art. If you’re lucky, you may even catch one of their avant-garde, rooftop performances!

8. He’s the one who somehow manages to slip in a plug for his band’s next show into every conversation with someone new. If he’s into indie, impress him with your knowledge of underground venues by taking him to Baby’s All Right; you can grab a snack beforehand at the venue’s eatery.

9. If he’s into jazz, dance until the wee hours at Dizzy’s Club Coca-Cola. Afterwards, get old-school milkshakes nearby at 24-hour diner, The Flame. If you’re feeling adventurous and unconcerned about your health, try the Oreo pancakes.

10. He’s that guy who thinks the subway is sketchy and tries to call a taxi if the desired destination is more than a 5-minute walk (can’t scuff up the new Saint Laurent boots, babe!) Give him a chance to show off all his designer clothes with an outing to the Metropolitan Opera House. This doesn’t have to cost a fortune; their student program offers heavily discounted tickets.

11. Head to Grom for the richest hot cocoa and gelato in Manhattan. Nothing says cultured and classy like licking a scoop of “Cioccolato Extraoir Sorbetto.” (Yes, that is an actual, delicious, flavor there.)

12. He’s the one who your parents love to hate. You constantly catch yourself embellishing what you did over the weekend to him so he won’t know that while he was skydiving, you were watching Netflix reruns. Again. Instead of boring him with a typical movie and dinner date, take him to the Museum of Sex where he can cross jumping in a bouncy house filled with balloon-breasts off his bucket list. (If it’s not already on there, it should be!)

13. Hold your own version of Fear Factor and munch on kangaroo burgers at Burke & Willis for dinner and cheetos macaroons at Macraron Parlour for dessert. (Don’t worry, they have normal food for you too.)

14. If somehow every conversation with your boo devolves into a history lesson and his celebrity look-alike is a sexy Daniel Radcliffe, take him to Strand Bookstore. With an advertised “18 miles” of new, used, out-of-print, and rare books, this could be an all-day adventure.

15. Grab coffee and have a long, deep, intellectual conversation at The Bean. My drink recommendation: the “NutElla Fitzgerald,” a delicious blend of espresso, Nutella, and milk. Even if the chemistry’s lacking, you still got your daily Nutella fix.

What are some of your favorite cheap and fun date ideas near Fordham University? Share in the comments below! 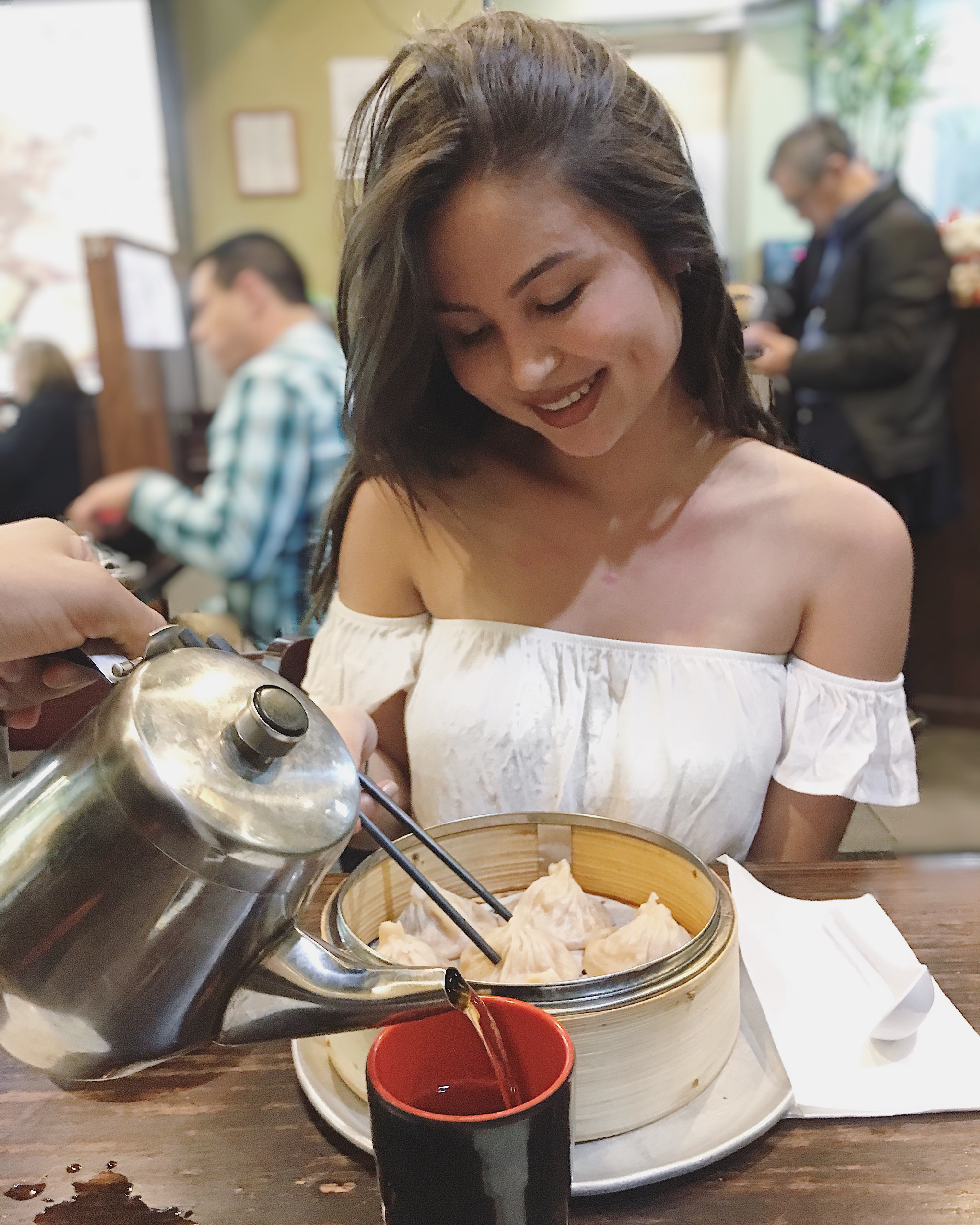 Tigerlily is a freshman at Fordham University at Lincoln Center where she is President of the fashion magazine and Girl Boss (Fordham Women in Business). Prior to New York City, she lived in Barcelona and Seattle, where she released two albums with her indie-rock band, Bleachear. When she's not playing concerts and blogging, she can most likely be found spending time with the love of her life: a big bowl of ramen.

15 Cheap And Fun Date Ideas Near University of Nebraska Lincoln

Great Bonding Activities To Do With Your Significant Other

11 Date Ideas For A Night In With Your Significant Other

10 Date Ideas To Do By Yourself