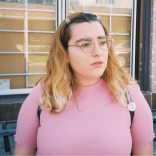 "Hi Everyone! I'm Alyssa from Toronto and I'm 21 Years…

Life growing up in Toronto was filled with car horns, loud pedestrians, and outside people telling you how much they hated your city. Basically you lived the life of every urban dweller across the globe but here are 10 things you’ll seriously never forget about growing up in Toronto.

1.You Don’t Pronounce The Second “T” In Toronto

If you’re a true Torontonian you grew up not pronouncing the second “T” in Toronto. You also had to endure the second hand embarrassment from all the American celebrities attempting  to copy our dialect but instead just making themselves look like fools.

The five months of icy winters we had to survive did come with some perks.  You remember waking up at 6am to watch CP24 and praying that they would announce your schools closure. Or better yet when your parents made the decision before them. It was the best way to catch up on sleep throughout high school.

3. Tessa And Scott Took Over Your Life

We took a special type of pride in Toronto when the Olympics rolled around. A lot of the athletes come from the outskirts of Toronto. So when Ice Dancers Tessa Virtue and Scott Moir stole the hearts of Canadians during the 2010 Olympic Games, they became a household name here in Toronto.

4. Your Sport Teams Always Let You Down

Between the Toronto Maple Leafs, The Blue Jays, and the Raptors, Toronto sports teams just could never catch a break. Leaving us with what should’ve been no hope but we always returned to the Air Canada Centre and Rogers Centre to cheer them on.

5. You Went To The Canadian Exhibition Every Summer

Also known as the CNE or The Ex, was the only way to end off a Torontonians summer. The traveling carnival stopped at the one and only Ontario Place for the last two weeks of August straight into the labour day long weekend. Complete with an air show and fireworks the Canadian Exhibition was every kids dream.

Let’s be real, Drake is one of the best artists that have come out of Canada, let alone Toronto, and everyone wants to claim at least a part of him. Either they went to High school with him, met him on the set of Degrassi, or like me claim to have saw him drive by in a car with tinted windows.

15 Signs You Definitely Grew Up In Mississauga

Ah Rob Ford one of Toronto’s mayors that got our city in the spotlight for all of five seconds for…smoking crack. There was video and audio clips for proof and he ended up on a few American late night talk shows. The sad part? His brother now runs our province.

8. Nuit Blanche Was Just An Excuse For You To Stay Out All Night

The huge art crawl that spans the downtown core acts as an alibi for teens who didn’t come home until the next morning. Or the ones who chose to sleep in an old abandoned subway station.

9. You Were In No Rush To Get Your License

Most sweet 16 birthdays come with the keys to a car or a ride to the nearest government building for your drivers test. But if you grew up in Toronto the TTC was your best friend and saved you the stress of having to pay for a car as a teen.

Wonderland is the Disney World of Toronto and you can remember at least one summer when you and a bunch of friends bought seasons passes and took turns carpooling in your parents cars to get up to Vaughn. Riding the Behemoth and Leviathan will never get old. 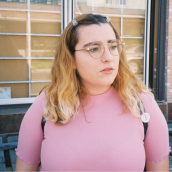 "Hi Everyone! I'm Alyssa from Toronto and I'm 21 Years Old. I'm a Fourth Year Student at the University of Toronto. I love writing, blogging, and content creation. Let me know what you think of my articles!"

To The City That Will Always Have My Heart: Toronto

How G.A.I.N.S. Is Changing The Community For The Better

10 Free Things To Do Around University of Toronto

10 Struggles Of Studying In The 6ix

9 Things To Do In Toronto This September