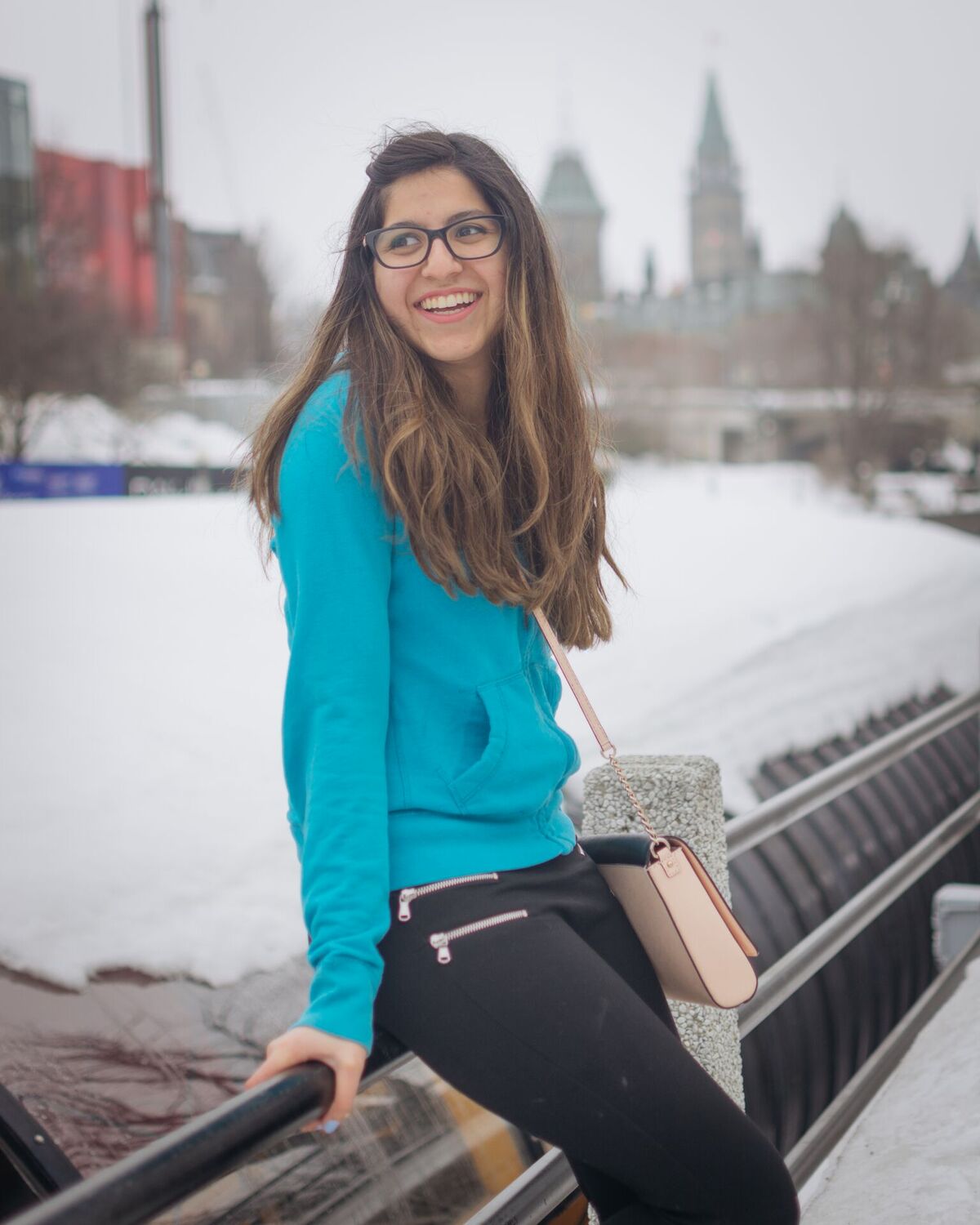 Hey! My name is Vinisha and I'm an undergraduate student…

There are so many things every Carleton University student asks themselves. Do you find yourself wondering why every Tim Horton’s on campus has only 2 employees behind the counter? Whether skipping a class to study for another class is normal? Whether it counts as studying if it’s at Ollies with a beer? Well then hopefully you can relate to this article! I asked for some input from my friends to find out what ridiculously ludicrous questions Carleton students find themselves asking on the daily!

1. Should I wait for the elevator or take on the challenge of climbing Mount Everest (aka the four flights of never-ending stairs in the UC)?

To quote Miley Cyrus: “there’s always going to be an uphill battle, sometimes I’m going to have to lose” and honestly it ‘ain’t about how fast you get there’ because we all know the elevators are slower than a snail but it’s still worth the wait or is it worth the climb?

2. Is it really worth using the internet or is my personal information going to be hacked for bitcoins?

3. Three weeks into the winter term now, why don’t I have grades for my first term courses?

‘I just had a midterm for a course, but I don’t even know if I passed the first part of the class from last semester…’ definitely seems to make a lot of sense.

4. Does it make sense to freeze waiting in -30 degree weather for an OC transpo bus that’s probably never going to show up… or should I just Uber?

Maybe the 7 shows up a couple minutes early, maybe the 4 is jam packed at peak hours or maybe the 111 drives straight past you at the Dynes stop! Whether it’s coming to campus or leaving we can all agree OC transpo isn’t the most reliable especially during the winter. Is a little less pocket money worth spending for a warm ride home? Hell yeah!

5. Which route is currently the most efficient to avoid being bombarded by CUSA?

No route. There is no way around them, they’re everywhere! The tunnels, the atrium and even in your class!!!! You just can’t avoid them.

6. Should I give myself the false hope of getting into the first Thirsty Thursday and go even though I know I most likely won’t even make it into Ollies?

Oh the line… the line that stretches all the way out the front doors of the UC, the line that doesn’t end, the line that never stops forming. It doesn’t matter if you have a stamp cause once you’re out you gotta do it all over again!

7. Why do I have to pay $5 dollars every time I want to wear clean clothes?

Well $1.75 for just one load in the washer isn’t exactly cheap but then there’s the added struggle of the dryers not actually drying our clothes. I don’t know about you but I’ve had to spend $10 dollars just to be able to sleep in fresh bed sheets before.

8. Do I feel like packing my books and taking a trip to the Burj Khalifa on the 4th floor of the library?

If you go to Carleton then you know that the library’s fourth floor is Arab nation. It’s like being in a mini Dubai; it’s loud, smells of smoke, and let’s be real no one’s really studying. If you’re looking to socialize and find entertainment well the bright yellow chairs and thick accents have got you covered.

9. Did that Freshman really just have the guts to ask me where ‘Richcraft hall’ is!? RICHCRAFT!?

Okay.. if you’re a 90’s kid.. if you’re in at least 2nd year you know what I’m talking about. It will always be known as our beloved River Building and that’s final.

10. Why does my class start at 2:35.. can’t it just be 2:30!? And what’s with every semester randomly starting half way through the week on a Wednesday or Thursday?

Seriously though, what’s with the extra 5 minutes before and after the hour? I’m not complaining cause 5 minutes of extra sleep in the morning is very nice but it’s just random! Also if you’re an undergraduate student at Carleton you’ll wonder why classes don’t just start on a Monday after break.. and why Friday turns into a Monday schedule at the end of the semester? Also Carleton’s weird with a 12 point CGPA too! So I guess we’re just unique!

What are some other things every Carleton University student asks themselves? Comment below!

Hey! My name is Vinisha and I'm an undergraduate student at Carleton University. I love poetry and have a YouTube channel where I share some of my work :) I'm passionate about writing in general and am excited to share my ideas and thoughts with you all! My hobbies are baking, dancing, listening to music, hanging out with friends and watching YouTube videos. I also adore shopping! Fun facts about me: I'm obsessed with nail polish and change my nail colour at least weakly, I learned Bollywood dancing for 8 years and I love chocolate.. but who doesn't though? xD oh also! I used to be addicted to The Vampire Diaries and I have met Ian Somerhalder & Paul Wesley <3

10 Instagrammable Food Places In Ottawa All Foodies Must Try Out

10 Things You Will Never Hear A Student Say At Carleton

10 Things You Should Literally Never Do At Carleton