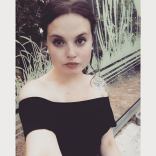 10 Signs You Were Raised by Asian Immigrant Parents

We have all encountered a mean girl or two in our life, they are usually pretty easy to spot.  For the most part, we try to stay away from them and go about our lives with the friends we have. But, what if, you’re the mean girl and you just never realized?  Here are 15 signs of a mean girl you should watch out for.

This day in age, sending a friend request or a follower request is a big step of cementing a new found friendship. Liking a picture is a virtual way of giving a compliment. However, if you’re a mean girl, there is a more sinister reason behind following someone on social media; you’re nosy and you want to know what everyone is up to at all times whether you like them or not. But, you will only comment on the people you actually like and admire. You will scroll right past posts and pictures of people you pretend to like. You could care less, but yet, the people on the other end of these posts are always commenting and pushing that like button for your pictures and your posts, and you just keep on scrolling, because, you know, you’re a mean girl.

2. You Never Return A Compliment

Ok, I know people say, you don’t have to return a compliment just because one was given to you, but still, doing it every once in a while is sort of protocol. The typical mean girl who always looks done up, and is always fashionable, will be expecting a ton of flattery. And it comes, in the form of “I like your shoes.” or “I like your hairstyle.”   You smile and say thanks and then you will do the bitchy move by stating how much it cost.  Then, the conversation is over, no compliment back, not an acknowledgement of any kind. Ouch. This is because you never want someone looking better than you.

3. You Have To Be The Best Dressed

Getting ready for a night on the town, you and your GFs are trying on a bunch of different outfits, making poses in the mirror, you know, what girls do when they are getting ready together. If one of your friends looks hotter than you, and they ask you if they should wear the leather skirt or the cropped jeans, if you tell her to wear the one that does not accent her shape as well as the other one, so you can stand out, tsk tsk. You, my friend, are a mean girl.  It is possible for everyone to look good.

4.  You Try To Embarrass Them As Much As Possible

It can seem like innocent fun, a little ribbing between gal pals, but if you feel the need to knock someone down a peg because a guy is smiling at them more, and not into you as much because hello, the world doesn’t revolve around you, then you are a definite mean girl. “Hey remember that time you were so drunk you peed a little?” Like, thanks for bringing that up, right in front of this cute guy.

5.  You Push Your Opinion And Advice Onto Them

Sometimes, you should just keep the two cents to yourself to use for something more useful. You go on and on about your own problems but never want to hear anyone’s advice, but are so eager to tell someone else what they are doing wrong, and how they should fix it. If you find yourself doing that, take a step back and reevaluate.

6. You UnderMine Their Achievements

If someone won the poetry contest at school and they get to present it at the award show at the end of the year, or some hardworking girl gets a call back for a modelling shoot, and you feel like you have to make it all about you, then there’s a problem.

We all have photos floating around on the world wide web that we don’t particularly like, I get it, it happens. But, if you find yourself only posting photos of you and your friends where you look good in them, and your friends don’t, then yea, that’s not good. Especially if you tag your friends in those photos and they have asked you not to post it but you do anyway…

If you have someone in your life who is always trying to make plans with you, and you say “yes, that sounds good, let’s do it next weekend, ” but then never talk about it again,  and repeat that over and over, news flash; you’re being mean.  Don’t get someone’s hopes up with saying you will hang with them when in reality, you have no plans whatsoever to do so.

9.  Your Way Or The Highway

It isn’t even about the people who aren’t in your social circle that you are mean to,  you can be a mean girl to your best friends too. If you’re dictating what they wear, or you show distaste in a certain hairstyle, then you are not just a mean girl you are THE mean girl of the group, and that is just as bad.

420 As Told By The Office In GIF Form

You act like it is all in good fun, but someone is always the butt of your jokes and it brings you pleasure to make people laugh at someone’s expense. Saying ‘just kidding’, after everything doesn’t excuse the things you say.  If you’re going to make jokes about someone, start with yourself. People like people who can laugh at themselves.

11. If You Weren’t There Then It Doesn’t Matter

If something wild, funny or weird happened during a night out, and it didn’t happen to you, then who cares right? If you don’t even comment on the story and rush right into an anecdote about yourself, then, yes, you guessed it; Mean Girl.

12. You Never Reveal Your  Beauty Secretes, Recipes, Or Anything That Could Help Someone Else

You wouldn’t want anyone stealing your beauty secrets and looking as good as you, right?  If you’re constantly dodging the questions to some of your life remedies on how to get the silkiest hair, smoothest skin, or the cute little online shops you get your one of a kind pieces at, then this shows that as long as you’re looking good, eating good and feeling good, then who cares about the rest.

It’s OK for you to brag, act, say or do whatever you want, but as soon as someone else does it, it’s wrong, and you feel the need to back talk them.

14.  Take Videos Of Your Drunk Friends And Post Them Without Permission

Yes, sometimes there are drunk videos that are hilarious and people love to see them, and sometimes your friends won’t mind if you post it. But if you post it without asking them, and it’s really embarrassing, it shows the only reason you did that is to hurt them.

15. You Talk About Yourself Non-Stop

No brainer, but some people don’t get it. If you are constantly talking about yourself and you never ask the other person anything about them, or what they think about such and such, this is a big red flag that you only think of yourself.

Did you agree with this list? What other mean girl tactics are out there that people may not realize? Comment below!

10 Problems You Have When You Keep Your Relationships Secret

10 Signs You Were Raised by Asian Immigrant Parents

10 Signs You Are A Millennial

15 Signs You Are Totally And Completely Afraid Of Commitment