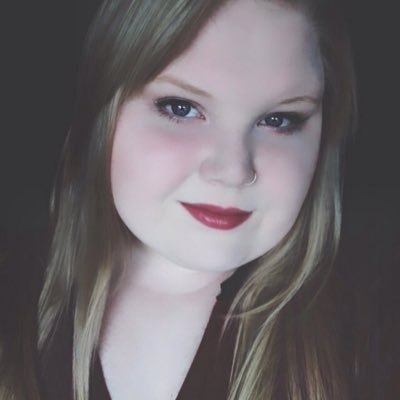 Self-proclaimed Queen of King's@Western in Ontario. Studying Catholic studies and…

Western students, no matter who you are, you definitely know how things work around campus. Whether you’re a seasoned student who’s close to graduating or a first year who’s still figuring it all out, here’s 10 GIFs that we can all agree show what being a student at University of Western Ontario is really like.

1. The struggle that is the Tim Horton’s lineup in the morning

No matter what time of day, it seems like there’s always a never-ending line up of people trying to get their caffeine in the UCC. You know you’ll probably be late for your class, but who can resist Roll Up The Rim season? No one. So we’ll just stand in line and wait, wishing for some sudden intervention to get people out of the way.

2. Giving up on the coffee and trying to stay awake in class

Maybe you chose water that day or just didn’t wake up early enough to get coffee. No worries, right? You’ve got this… at least, that’s what you say until you’re 1.5 hours into a 3 hour class and find yourself regretting those last few episodes of Stranger Things you watched last night when you should have been sleeping.

3. The torture that are shuttle buses and the LTC

We’ve all been there: butt in face, struggling to stay upright, crammed in like sardines. These can and do lead to some shoving for an attempt to get some breathing room. But hey, when you don’t have a car, you gotta do what you gotta do.

All right, let’s not pretend like we’re not scared of the geese. Seeing the shining glint of murder in the eyes of these big birds is just enough to remind you that you’re at Western. The poop everywhere doesn’t help.

A staple of Western University is undoubtedly the night life. If you’re a Western student, chances are you’ve visited downtown Richmond and been to ‘The Ceeps’. Chances are, 90% of the people there are Western students, so let’s consider it bonding time!

6. The luxury of watching a fairly new movie for a decent price

Let’s be real, most of us are looking for ways to try and save some money. And hey, maybe you forgot that you really wanted to see that new Harry Potter movie? No worries when you’re a Western student- Western Films has your back. It’s hard not to enjoy a movie when you get to save on ticket prices and splurge just a little on snacks.

6. That one person in class who always seems to ask questions at the wrong time

It’s always a blessing to be able to leave class early. It is not so great, however, when the person across the room asks the prof 15 different questions that likely could have been answered in an email or during office hours. It would be fine if it wasn’t information you’ve had for weeks now that they’re asking about.

7. When you finally do leave class after a long 3 hour lecture

You thought ‘maybe taking a full year philosophy class that only meets once a week for 3 hours at a time won’t be so bad’. You were wrong. Okay, so maybe that was just me, but I think we can all relate to the sweet, sweet feeling of finally being able to leave class after some really dry material.

8.  Trying to keep up with the varsity athletes in the giant gym

Chances are you’ll visit the Thompson gym at least once in your university career, and that first time back after holidays are a difficult time for anyone. You can do it- or at least, that’s what you tell yourself to try to summon the energy to actually go.

9. HOCO, the time where everyone comes together and parties like crazy.

There’s no way Western could be talked about without mentioning HOCO. Day drinking, Broughdale street parties, events on UC hill through the day… more drinking. Oh, plus there’s the football game.

10. The friends you’ll undoubtedly make along the way

Some people came to Western with their high school friends, some people stick to the friends they made in first year, and some of us are still making friends as the years pass. Whatever situation you may be in, just know that while you’ll be leaving here after a few years with a piece of paper showing what you’ve accomplished, nothing will compare to the lasting friendships you’re making right now (cue tears).

Hopefully you see the Western you know and love through these GIFs! Share this article with your other Western friends and see what they think!  Or, share it with your friends that go to other schools and show them just how awesome Western really is.

What are your favorite GIFs that accurately describe what it’s actually like to be a student at University of Western Ontario? Comment below!

Self-proclaimed Queen of King's@Western in Ontario. Studying Catholic studies and English. You can find me either drowning in work at the library or discovering a new favorite Netflix series. Aspiring writer.

50 Life Saving Tips For Freshman At University of Guelph

12 Things You Only Understand If You Grew Up In Collingwood, Ontario