Living in a college town means students, students mean underage, underage means fake ID. Your first two years of college you are underage and it sucks. But most people try to beat the system and get a fake ID. But how good is your fake ID really? Here is some mistakes rookies commonly make when purchasing theirs first fake ID and how to spot a fake ID.

1. Most over used states

If you are going to order a fake ID from China King or ID King or whatever they’re calling themselves now, DO NOT order a Florida, Pennsylvania, Connecticut or Illinois ID. These are the most commonly ordered fake IDs and bouncers know it. Also don’t get the state that you live in because bouncers or bartenders look at that state ID all day every day and even if the slightest thing is wrong on your fake they will immediately notice.

Don’t even think about getting a fake ID if you don’t have a second form ready for backup. Underage people want to order IDs and use fake names but when you get asked for a second form, you’re screwed. Your ID will get taken and you better pray there isn’t a cop next to the bouncer.

When you feel your real ID it is thick, like a credit card, make sure your fake is the same thickness too. Flimsy IDs are an obvious give away that the ID isn’t real. Sometimes it’s worth spending the few extra bucks to make sure you have a quality ID.

You know how the DMV always takes the shittest picture ever? Well if your fake ID looks like a selfie you took Friday night before you went to the club, your ID Is fake. If you have shadows under your eyes or around your body, your ID is fake. Fake as shit.

This is probably the easiest way to identify a fake ID. If you don’t have a hologram on your fake ID then just go home because there is no way in hell you are getting in the club. When the bouncers move your ID around a little and it is dull with no hologram, then you’re screwed.

Confidence is key with fake IDs .If you keep looking around or start sweating, you look/are guilty and everyone knows it.. If you act guilty, chances are you’re doing something you’re not supposed to be doing.

At gas stations and grocery stores they scan your ID at the check-out. If you have a cheap shitty fake ID, you will get denied and it’s going to be embarrassing. The cashier might even take your ID. Don’t even try going to grocery stores until you’re actually 21 because it’s too sketchy.

Boxed Cocktails Exist, And We Couldn’t Be Happier

A rookie mistake, the font. No one’s signature looks good on a driver’s license so if you have some Microsoft word script font signature, that’s a red flag. Do it the old school way and sign a white sheet of printer paper and upload that, instead of trying to make it look too perfect.

9. If it looks fake, it probably IS fake

An ID that is a piece of paper that has been laminated is obviously fake. If your ID looks or feels fake, don’t use it. Worried your ID won’t get you in the club because it’s not A1? Don’t use it, you’re probably right. If you have to question if your ID will work, then it won’t.

10. Be in sync with your friends

Let us know what you think about how to spot a fake ID! Drop us a line!! 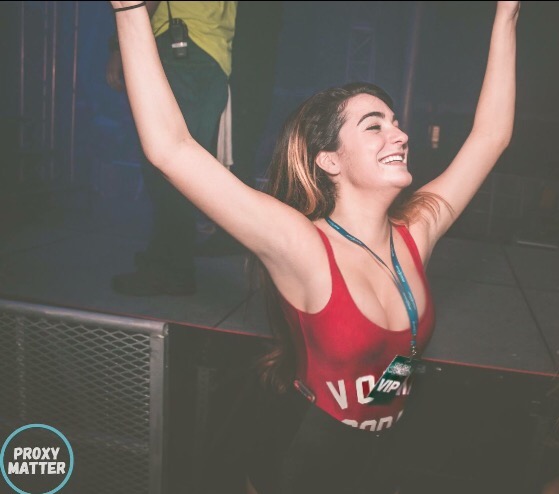 10 College Drinks All Freshmen Will Recognize

Everything You Need To Know About Fake IDs

The Truth About Getting a Fake ID

The 10 Struggles Of Having A Fake ID

10 Struggles Of Being The Youngest In Your Friend Group