Support and appreciate Black talent in the film industry on-screen and behind the camera! Here are 15 incredible movies focused on Black lives, brought to you by Black creators.

The first movie with an all-black cast, AND the first LGBTQ film to win the Academy Award for Best Picture, Moonlight is wifely regarded as one of the best films of the 21st century. It is a coming-of-age drama that follows Chiron as he grows from a boy to a teenager to a man, coming to terms with the complexities of his identity as gay, Black man. The film deals with the complicated intersection of Blackness, masculinity, and vulnerability, as the main character strives to forge for himself an identity tough enough to survive a hostile America.

2. Get Out by Jordan Peele

Black people are woefully underrepresented in the horror genre, and Jordan Peele has made it his directorial mission to change that. His debut film, Get Out, is widely regarded as one of the best movies of the decade. Get Out was nominated for four Oscars, including Best Picture, and won the award for Best Original Screenplay.

In fact, it made Peele the first Black winner for Best Original Screenplay in Oscar history. The film tackles a kind of racism more overlooked and insidious than the Neo-Nazis or the KKK: the racism of white liberals. And on top of being horror caviar, Get Out is also hilarious—exactly what you would expect from a director who got his start in comedy. If you can’t get enough, Peele’s 2019 film Us is another a truly great horror film focused on a Black family!

3. Do The Right Thing by Spike Lee

Spike Lee is perhaps the single most celebrated African-American director of all time. Never afraid to tackle important and controversial subject matter, Lee has directed over two dozen movies, including Malcolm X and the recent Best-Picture nominee BlacKkKlansman.

Lee is best known for his 1989 film Do The Right Thing, which is frequently cited as one of the best movies of all time. It explores racial tension that escalates to an explosive breaking point over the course of a single day in Brooklyn. Simultaneously a drama and a comedy, Lee makes use of unusual camera angles and breakneck comedic timing to create a movie that’s syncopated and surprising from start to finish.

4. Sorry To Bother You by Boots Riley

In his directorial debut, Boots Riley creates a heightened reality that feels not unlike the surreal absurdity of the real world. Sorry To Bother You is a black comedy about a Black telemarketer whose code-switching “white voice” makes him a corporate success. This success opens up dizzying opportunities, but also sets him in opposition his friends, who are attempting to organize labor.

Unless you’ve been hiding under a rock, you’ve probably already seen Black Panther, or at least heard the rallying-cry, “Wakanda Forever!” sometime in the two years since this movie’s release. Black Panther is the first superhero movie to ever be nominated for Best Picture at the Academy Awards, and it is the highest-grossing movie by a Black director to date. Fans of the superhero genre will love Black Panther for its action and wit, while lovers of originality and artistic design will love the fresh and empowering imagination poured into creating the incredible Afrofuturistic country of Wakanda.

6. The Hate U Give by George Tillman Jr.

Based on the best-selling novel by Angie Thomas, The Hate U Give is a great movie that deals honestly with police brutality from a teenager’s perspective. “Led by a breakout turn from Amandla Stenberg, the hard-hitting The Hate U Give emphatically proves the YA genre has room for much more than magic and romance” (Rotten Tomatoes).

With a star-studded cast that includes Janelle Monae and Leslie Odom Jr., and starring Cynthia Erivo in the titular role, Kasi Lemmons’ Harriet tells the story of one of the greatest heroes in American history. Between Erivo’s performance and the overwhelming bravery of the woman she portrays, it’s hard to even watch the trailer for this movie without tearing up or getting chills.

Yet another Best Picture nominee, Ava DuVernay’s Selma is a dynamic biopic of the life of Dr. Martin Luther King Jr. DuVernay does justice to Dr. King’s legacy while still acknowledging how far we have left to go before racial equity is actually achieved in the U.S. Selma, while a historical biopic, is far from a stale documetnary about the Civil Rights Movement of the ’50s and ’60s–it is powerful, suspenseful, and wholly cinematic storytelling at its finest.

Starring and directed by Denzel Washington, Fences is hard-hitting cinematic adaptation of August Wilson’s Pulitzer-Prize-winning play. With Oscar-nominated performances from both Washington and co-star Viola Davis, this family drama set in the 1950s is an emotional gut-punch as much as it is an incredible piece of art.

10. The Blood of Jesus by Spencer Williams

For years, this vintage classic of African-American cinema was though to be lost. When prints were found in a Texas warehouse in the mid-’80s, the world was astonished all over again by Spencer Williams’ 1941 movie about Black southern Christian spirituality.

Hailed as a “masterpiece of folk cinema,” The Blood Of Jesus is a “race film,” a movie produced in the first half of the 20th century for Black audiences featuring Black casts (The Village Voice). While over 500 race films were produced, The Blood of Jesus was the first to be added to the U.S. National Film Registry for its historical, cultural, and artistic significance.

11. Daughters of the Dust by Julie Dash

Daughters of the Dust was the first movie directed by an African-American woman distributed theatrically in the U.S. The fact that that landmark event happened as recently as 1991 says a lot about how far we have to go in this country, and about the intersectionality of sexism and racism that Black women creators face.

Daughters of the Dust is a beautiful movie, praised for its lush visuals and deeply human storytelling. Hailed by The New Yorker as “a modern classic and one of the greatest American independent films ever made,” Daughters of the Dust follows the story of three generations of Gullah women as they prepare to move North.

Funny Moments From The Avengers Cast To Get Psyched For Endgame

If you’re looking for a date-night movie, director Gina Prince-Bythewood’s romantic sports drama Love & Basketball is the movie for you. The movie follows the basketbal-playing next-door-neighbors Quincy and Monica as they navigate their love for the game and each other through high school, college, and adulthood. Not only is it a sweet love story, but it’s a rare sports movie that treats women’s sports and female athletes with the same dignity and importance as their male counterparts. 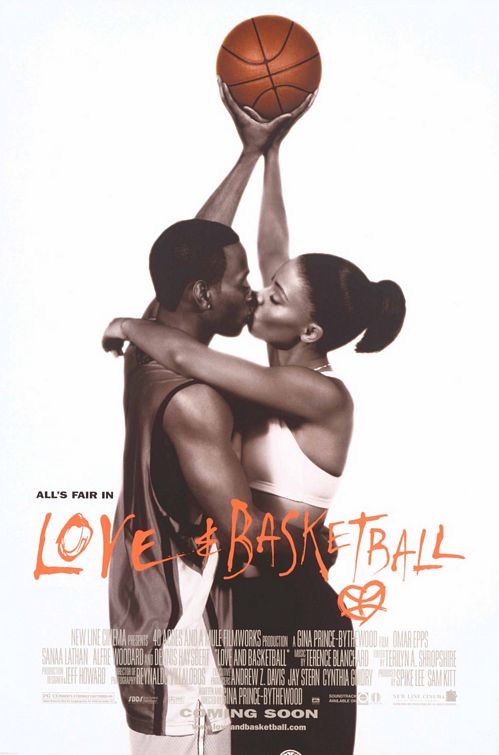 If you love period dramas, but are sick the way most historical films brush right over Black history, you’re going to love Amma Asante’s Belle. Inspired by the 1779 painting of Dido Elizabeth Belle, this movie is speculative fiction about the life of a mixed-race heiress in eighteenth-century England. Not only is this a rare movie about a Black aristocratic woman, but this movie also doesn’t shy away from discussing the reality of England’s history of slavery and the transatlantic slave trade.

The movie forces audiences to confront the brutality and dehumanization that enslaved people were subjected to for hundreds of years in the United States. McQueen’s gorgeous cinematography and focus on Chiwetel Ejiofor’s astounding performance as Northrup brings the movie a deeply moving humanity, earning it widespread critical acclaim, including a Best Picture Nomination.

John Singleton was the youngest person and the first African-American to ever be nominated for Best Director for his acclaimed 1991 movie, Boyz n the Hood. Boyz n the Hood is a coming of age story about four friends growing up in South Los Angeles. On top of the ordinary struggles of growing up like romantic relationships and college applications, the boys must navigate the treacherous waters of the gang violence that haunts their communities and threatens their futures.

Of course, these movies are just the beginning of the rich contributions Black artists have made in the film industry. Join the discussion in the comments below to share your favorite movies by Black directors and creators!