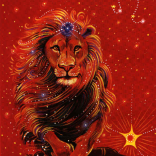 “I have lived a thousand lives and I’ve loved a thousand loves. I’ve walked on distant worlds and seen the end of time. Because I read.” ― George R.R. Martin

While reading has become kind of a thing of the past with the amazing technology and advances in cinema, books have the power to awaken our imagination and take us to places in our mind only we can see. In fact, most movies are made from novels in the first place. The amazing thing about novels and reading is everyone envisions their own version of main characters and the worlds they inhabit. There is no substitute for imagination. Young adult fantasy novels not only improve your concentration and focus, but also widen your imagination.

Novels are also great stress reducers, which is great for busy college students. But, while reading is very therapeutic, academic reading can take a lot out of us. We do a lot of academic reading during college, so having an interesting book to read on the side is a great idea. These 7 books can take you out of the mundane academic world and turn you into a hero. Here are 7 of the best young adult fantasy novels you can sink your teeth into.

This futuristic, young adult fantasy novel retells the classic Cinderella tale and follows the story of Cinder, a gifted mechanic and cyborg. Humans and androids crowd New Beijing and a plague threatens the population. As such, a group of lunar people watch from the stars threatening to invade. The fate of New Beijing rests on Cinder, who is hated by her step mother and blamed for her stepsister’s illness. Cinder quickly finds herself at the center of a war when her life becomes entangled with Prince Kai’s. Cinder must choose between duty and freedom, while working to uncover the secrets of her past to protect not only herself but her people. Buy it here.

Number one of a series of seven young adult fantasy novels, young Harry Potter lives in a cupboard under the stairs in his uncle and aunt’s home. One day, a letter arrives for Harry from Hogwarts School of Witchcraft and Wizardry. Harry soon learns his parents were wizards and he is too. He embarks on a new life of spells and enchantments. Soon after, however, he learns how his parents were killed. Harry makes friends and is soon swept up in an adventure battling evil forces who wish to see the wizarding world’s most evil wizard return and Harry dead. Buy it here.

This novel is number one in a series of young adult fantasy novels. When huntress Feyre kills a wolf in the forest, she finds herself facing a man–Tamlinn, an immortal faerie who once ruled a legendary magical world only heard about in legends. She is pulled into his magical world. As she lives in his home, feelings blossom from hate to a passion she has unknown before. She quickly learns everything she has ever been told about the beautiful place is a lie. But an ancient force threatens to destroy the faerie land and Feyre must find a way to stop it or lose Tamlinn and his world forever. Buy it here.

The Lion, the Witch, and the Wardrobe (The Chronicles of Narnia) by C.S. Lewis

This fantasy novel is set during the bombing of London in World War 2. Four siblings—Peter, Susan, Edmund, and Lucy Pevensie—step through a wardrobe door and into the land of Narnia. Narnia is a land full of mysterious talking animals, Satyrs, and wolves. A land frozen in eternal winter and ruled over by the White Witch, the siblings battle to find their brother Edmund who had come under her spell. The arrival of the children sparks hope in the citizens as the daughters of Eve and sons of Adam make their way through the world to unite with the Great Lion, Aslan, to fight against and work together to defeat the White Witch to restore peace to Narnia. This is one of a series of fantasy novels but can be read as a stand alone. Buy it here.

The Hunger Games (#1) by Suzanne Collins

This dystopian fantasy novel follows the life of Katniss Everdeen and her life in Panem (formerly the North America). Katniss lives in the poorest district, district 12, with her mother and sister. As punishment for past rebellions against the Capitol, every year a boy and girl are selected at random to fight in the deadly Hunger Games, a game in which there can only be one victor. Taking the place of her sister, Katniss volunteers as tribute and enters the notorious Hunger Games to fight for her life against the other contestants. Along the way she makes friends who bet on her to win and foes who are determined to eliminate her. It’s a battle for her life as she works with her partner Peta Mellark to become the first pair to win the Hunger Games. Buy it here.

Fallen is a fantasy novel that follows the story of Luce, who’s taken to a brooding new school, Sword and Cross, for troubled kids. She has been blamed for the mysterious death of her crush Trevor, who combusted after the two shared a kiss, leaving Luce with burnt hair and no memory of the event. Luce meets Daniel, who is unknowingly avoiding her, and Cameron, who is unmistakably drawn to her. Although Daniel makes it clear he wants nothing to do with Luce, she is desperate to know his secret—against all odds. Buy it here.

When Bella Swan moves to Forks, Washington, she is the shy yet intriguing new girl. She catches the eyes of several of the boys at her school, including brooding but handsome Edward Cullen who she perceives to instantly detest her. He wants nothing to do with her but for reasons unknown to Bella, Edward can’t restrain himself from her. When strange things start happening around Edward, Bella suspects he is hiding a secret and she is determined to figure him out even at the suspense of her life. Buy it here.

Young adult fantasy novels are a great way to transport ourselves out of the world we live in, where sometimes nothing makes sense. Not only do novels give you great pleasure, but they also help expand your vocabulary and communication skills. With all that academic reading, it’s nice to pull ourselves out of math and science and into worlds of passion, fear, danger, and romance. While there are so many options out there, these are just a few of the great young adult novels one should read.

Which of these books have you read? Which book are you going to buy next? Let us know in the comments below!