For all you drama television fans out there who just can’t get enough of the lies, power struggles, sex, surprises and deceit, we’ve compiled a list that will help you decide on your next 24-hour bingewatching session. Of all the drama TV shows out there, there can only be so many that are worth giving up your entire weekends for. So grab some snacks, get cozy and get ready to figure out your next move with these 25 best TV shows of all time!

This fantasy-drama on HBO has got just about everything. War, sex, deception, power struggles, and even fire-breathing dragons. Don’t be surprised when a main character gets killed off, it happens all the time. This series will give you a whole new meaning to binge-watch. Not to mention, Jon Snow is pretty hot… so why not try it out?

OTH is the classic high-school drama filled with BFF’s, back-stabbings, and heartaches. I’ve probably re-watched the entire series four times because I can’t get enough of Chad Michael Murray.

3. Orange is the New Black

Get hooked on all the chaos and corruption that is Orange is the New Black. Based on true events, OITNB shows the ins and outs of prison life, secrets, and betrayal.

Easily one of the most confusing, yet captivating and best TV shows of all time. Just about every episode will leave you saying, “Huh?”, but the smoke monsters, time travel, and polar bears make it worth it as a group of plane crash survivors make their way around a seemingly uninhabited island.

By far the best medical-drama that’s in its 13th season. Grey’s Anatomy will give you a serious adrenaline rush. It’s full of love, loss, and a ton of complicated surgeries.

This political-drama deals with manipulation, pragmatism, and power-hungry politicians who exploit their way to the top. Although fictional, the series highlights potential corruption that occurs within the government as well as with its legislators, in order to obtain their own political success.

If you’re into football, southern small towns, and high school love, FNL is for you. Texas forever! It may be an oldie, but this show will always have a spot as one of the best TV shows of all time.

SOA is a crime-drama that deals with loyalty and redemption as it follows the lives of an outlawed motorcycle club–lots of bad-assery in this show.

Shameless depicts an alcohol driven, dysfunctional Chicago family with Frank Gallagher, a deadbeat single father of six children who are left to take care of themselves. Besides the hot sex, drugs, and money making, Shameless shows some truth in what the working-class life could be like for some.

One of my favorite teen comedy-dramas that ended way too soon! It illustrates the lives of Lindsay Weir, and her friends (the freaks), as well as her younger brother Sam and his friends (the geeks). It brings to light some of the identity struggles, outcast roles, and rebellious stages that many teenagers go through during high school, and for that it will remain one of the best TV shows of all time for us youngins’.

This comedy-drama tells the story of Nancy Botwin, a widow and mother of two boys, who begins selling pot to support her family, but finds herself entangled in something much bigger than she expected.

One of the best horror-dramas that makes zombies look terrifying instead of cheesy. Imagine waking up from a coma to discover there is a zombie apocalypse taking place. Crazy stuff.

If you’re a Lena Dunham fan, look no further! Girls was created by Dunham, and many of the major aspects were taken from her own life experiences. Girls demonstrates adulting at its finest when you’re broke, navigating your 20’s, and have not a clue what the f*ck you’re doing with your life. It’s got a raw humor and feel to it that more accurately details the lives of real women.

90210 shows the lives of rich teenagers in Beverly Hills, and is a modern version of its predecessor, Beverly Hills, 90210. Even some of the old cast members like Jennie Garth and Tori Spelling make appearances throughout the series.

Stranger Things changed the meaning of Sci-Fi television with its first season. Without giving too much away, it takes place in the 1980’s where the disappearance of a young boy introduces some supernatural occurrences, and other very strange things.

If you haven’t heard of Olivia Benson, you probably live under a rock because she’s been killing the game on SVU for 18 seasons. A classic New York police-drama, SVU loosely bases its episodes on real crimes that gained attention in the media.

If you’re a coffee addict, enjoy sarcasm, and love your mom, you’ll probably hit it off with Gilmore Girls.

This is Us will totally pull at your heart strings. Only one season in, the drama series demonstrates the reality behind a seemingly perfect family through flashbacks and current scenes that show each character’s life, and their similarities and differences from one another.

Meet Walter White, a chemistry teacher turned meth producer and seller. Just another badass crime-drama for ya that happens to be one of the best TV shows of all time!

This one is for all you political junkies out there! The main character, Olivia Pope, establishes her own crisis management firm after working with the President of the United States. It soon becomes evident that although she is trying to move on with her firm, she can’t seem to shake ties with her past.

My newest HBO binge watch, Big Little Lies deals with secrets in a California town. Cheating, domestic abuse, crazy moms, and possibly a murder? Yup. Plus, there’s so much girl power with Reese Witherspoon, Nicole Kidman, and Shailene Woodley being the leads, along with many other notable actors.

Imposters is in the lead for plot twists. It follows a con artist who falls in love with men and women, then robs them of everything before making a run for it.

A period-drama, Mad Men highlights true American culture and society in the 60’s from cigarette smoking to strict gender roles, depicting the professional and personal lives of those who work in an advertising firm.

One big, suspenseful mind f*ck full of plot twists. This show will leave you very confused, maybe a little creeped out, but definitely wanting more. Each episode has a different storyline that follows modern society associated with consequences of new technologies. It’ll make you think, and possibly fear, about what life might be like in 10 or so years.

25. How to Get Away with Murder

Producer Shonda Rhimes kills it again with HTGAWM (she also produces Grey’s Anatomy and Scandal). It follows a law professor and five students who become entangled in a murder, showing flashbacks that piece it all together.

Do you have any other best TV shows of all time that should be on this list? Share in the comments below! 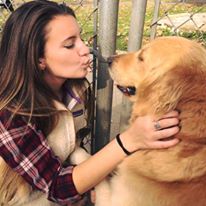 10 Signs You Are A Kappa Alpha Theta At JMU

What Your Favorite TV Show Says About You