Boston is a tiny city, but there’s a lot going on from Downtown Crossing to Fenway and Kenmore.  There are twenty-three official neighborhoods in Boston all full of their own attractions, dynamics, cultures, and of course history. Seeing as Boston is a compact city, it’s incredibly easy to see several of these neighborhoods in a single day by taking the T or even just walking if you’re up to it.

Downtown Boston is always active between Tremont Street, Faneuil Hall and Quincy Market, and Long Wharf. Other than all the pubs, shopping, and food in the area, Downtown Boston is also has the Boston Common and the Public Gardens that each have their own attractions from the Common’s Frog Pond and various festivals that are held on the grounds to the Gardens’ scenic paths and swan boats. There are also smaller parks and patches of green in the Financial District and on the way to Long Wharf. Weekends often hold beer gardens and pop-up markets in the area too.

A lot of historical sites are also in this heavily frequented area including the Freedom Trail, cemeteries where famous figures of history are buried, and historically important sites and locations relating to the American Revolution.

Downtown is the hub of Boston. It’s within walking distance to many popular areas of the city like Newburry Street, the theater district, and other popular neighborhoods. You will find yourself in the Downtown area more often than not, even if you’re just passing through to get from one part of the city. Downtown is a great place for college students to meet up and hang out, there’s always something to do which makes it one of the best neighborhoods in Boston. 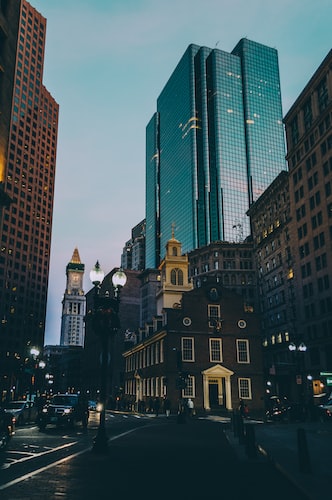 Boston may be known for its large Irish population but Boston also has a large Italian population and in that we have the North End. Essentially Boston’s Little Italy and a highly visited area of Boston. Numerous Italian restaurants, bakeries, and gorgeous streets and buildings makes this one of the best neighborhoods in Boston. The famous Mike’s Pastry is found here (but honestly there are way better places to get a cannoli that tastes better and costs half as much). Remember to have some cash on you, a lot of the little stores and bakeries tend to be cash-only.

You can also find Paul Revere’s house, an unassuming wooden building amid the narrow streets of brick and cobblestone.

If you’re a college student in Boston, chances are you are already familiar with these two neighborhoods. On the Green Line towards Boston College, the All-Bright area is where a large number of Boston college students live, and that’s even if you don’t count students from Boston University. In late-August and early-September, you can also witness (or participate) in Allston Christmas where the saying “one man’s trash is another man’s treasure” is lived out in full during the every busy move-in and move-out season.

This neighborhood is full of affordable eats from Spike’s Hot Dogs, to Coreanos, to a number of Korean BBQ, Japanese Ramen, and even some Vietnamese pho restaurants. There are also a number of great bars like Avenue and Hopewell.

Allston and Brighton are also home to concert venues for both indie and big name artists with the Brighton Music Hall, Great Scott, and Paradise Rock Club.

With so much to do and all at affordable prices, Allston and Brighton are some of the best neighborhoods in Boston. 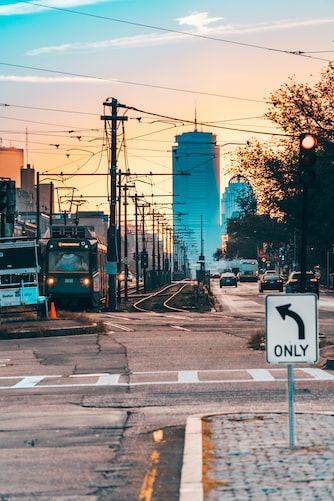 If you’re a baseball fan, Fenway is a familiar name because of Fenway Park, the Green Monster, home of the Boston Red Sox. Because of the sports tourism, and other events held at the stadium there are often other events going on in the area that are fun to explore and watch.

But baseball isn’t all that’s there in the Fenway and Kenmore area. Kenmore Square is a great place to hang out and look around, and you can see the famous CITGO sign that used to belong to Boston University’s campus for a few years. The Museum of Fine Art is also in the area and most Boston college students can get in for free with their student ID. 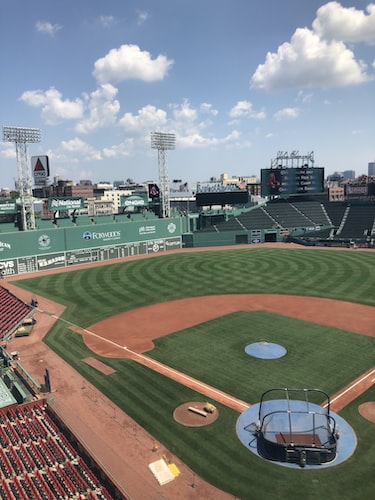 No matter where you are, who doesn’t love Chinatown? Right by Downtown, you can easily accidentally find yourself surrounded by Chinese restaurants, bubble tea shops, sushi bars, grandparents playing lively games of mahjong, and the start of the Rose Kennedy Greenway at the Chinatown Gate that goes through to Dewey Square and along the harbor. Cheap, delicious eats, and the best place to celebrate lively Chinese holidays like Lunar New Year with all the included festivities and foods, makes it one of the best neighborhoods in Boston.

Chinatown is also by the Leather District, the old warehouses now home to restaurants to try out.

One of the bigger neighborhoods of Boston, South Boston, regularly referred to as Southie, is the predominantly Irish Catholic neighborhood. It might have a reputation of being a little rough around the edges but it’s been on the rise especially with the Seaport District growing with hotels, restaurants, and bars. The waterfront is also a gorgeous are to walk along and see the city skyline.

Obviously, there are a number of great Irish pubs in the area and you can never have too many of those. And in March, Southie is full of energy for the annual St. Patrick’s Day parade that is held here as opposed to through Copley and Tremont Street like most other parades in the city and is always a large and lively event full of green, clovers, and both discretely and not-so discretely adult drinks snuck in.

What would you say are the best neighborhoods in Boston?

10 Free Activities To Do With Friends Near Suffolk