My favorite thing about summer is the ample amount of time I have to read. Are you lounging by the pool? Grab a book. Are you going to the beach? Grab a book. Are you bored at home? Grab. A. Book. You can never go too wrong with reading. If you aren’t sure what to pick up, I have a list of 10 of the best fiction books you’ll want to read.

If rom-com movies that don’t end in romance are your thing, then this is for you.

The book follows a romance writer, January Andrews, who no longer believes in love and a literary fiction novelist, Augustus Everett, who always kills his characters off. The two have absolutely nothing in common except two things. They both are renting beach houses next door to each other, and they have writer’s block. Follow Augustus and January as they make a deal with each other. He will write a light novel, and she will write an American cult classic. The best part? No love ending. They each finish a book, but no one falls in love.

Close Up By Amanda Quick

If you enjoyed reading books that take place in The Great Gatsby era, then this your cup of tea.

The book is about Vivian Brazier, who lives in Burning Cove, California, in 1930. Only, this photographer isn’t as glamorous as a debutant. She wanted to create art, but her bills needed to be paid. What’s the next best thing? Taking photos of a murdered high-profile actress. Only she didn’t bank on finding the similarity to other victims, and now she is at the top of this killer’s list.

Nick Sundridge is no slum in this novel either. He has always had visions – or in his head, curses – that made him a great investigator. Too bad, he hides from the public because of his dark back story. Now the two of them need to work together to catch the murderer.

Not a romance novel, but a shit situation which brings together two unlikely people as friends.

Nina, a woman who doesn’t know what wealth looks like, turns to steal from rich kids. After getting her liberal arts degree, a failed career, and a sick mom, she needed something fast. Though the apple doesn’t fall far from the tree as her mom was the original con artist.

Vanessa, a woman who has never tasted what poor was like. Of course, as any rich heiress does, Vanessa becomes an Instagram influencer. Too bad the free clothes, traveling, and posing for pictures don’t bring happiness. Now that her engagement is broken, she has to deal with her secrets and Nina.

Call It Magic By Janet Chapman

As the name suggests, this book is full of romance. However, that’s not all; it’s the seventh and final book from the Spellbound Falls Romance series. I recommend reading one through six before reading this one. However, if you have read the other six books, you will not be disappointed.

Katy MacBain moved to Spellbound Falls with a bunch of secrets she intends to keep hidden. After having to have disappeared for three weeks, she arrives at her new job, Fire and Rescue Team. Too bad for her, Gunnar Wolfe intends to find out what she is hiding, and it doesn’t help she is wildly attracted to him.

Speaking of Gunnar Wolfe, he is the interim fire chief and officially Katy’s boss. He has the intense urge to find out what she is hiding, he is already so protective over her, and he isn’t sure how to handle that. All Gunnar knows is that he is obsessed with Katy.

The Vanishing Half By Brit Bennett

This book is not a book you have read before, but need to.

The Vignes twin sisters have always been identical. However, one twin was black while the other white. They were raised in a small, southern black community, yet, at sixteen years old, they decided to run away from said community. Now they both lead very different lives – their families, their communities, and even their racial identities.

One sister moved back to the southern, black community she ran away from with her daughter. The other sister has a white husband who knows absolutely nothing about her or her sister. The two are entwined together forever.

If you enjoy an excellent mysterious thrilling book, then this is perfect for you!

Between a wedding celebration and a murder, it seems like the marriage isn’t going to last long. This thriller book follows a rising television actor and an ambitious magazine publisher getting married in Ireland. However, nothing goes right with the wedding. The groomsmen get drunk, the cell reception sucks, the waves crashing onto the coast a little too hard, and a bridesmaid ruins her dress, the bride’s male friend giving a too-friendly toast, and who can forget the dead body that turns up? You’ll want to figure this mystery out.

The Lies That Bind By Emily Giffin

If you miss the early 2000s, then this is the perfect novel for you.

Set in the Spring of 2001, Cecily ends up at a bar in NYC after a crap day. She wonders whether or not she’ll ever make it as a reporter and whether or not it was a good idea that she broke up with her boyfriend. Well, that night, she meets Grant, the guy who saved her from calling her ex and ending up in bed with him. It sounds like a love story, right?

Yeah, well, he’s moving overseas, and even though she isn’t ready for anything, she decides to follow her heart as they make plans to be together when the tragedy of 9/11 hits. Grant goes missing, and after finding his missing person poster, she starts to realize Grant isn’t who he says he is.

10 Games To Play During Game Night

Nora Roberts is a master when it comes to writing her novels. I recommend her book, Happy Ever After. However, with this novel, it’s a little different – less romance and more suspense.

Caitlyn Sullivan, a massive star at the age of nine, loved playing hide and seek as a kid with her cousins at their family home in Big Sur. During one of their games, Caitlyn was kidnapped. The heroine is no pampered princess as she was able to escape her captors.

Dillion Cooper, a teenager, was surprised to find her in his house. He and his family forge their way and bring her back to her family. It’s only then she realizes that someone she had trusted had betrayed her.

Unless you’ve been living under a rock, you have probably heard of Hulu’s newest series, Little Fires Everywhere starring Reese Witherspoon and Kerry Washington. Yeah, well, you won’t be disappointed by the novel the show is from.

Mia Warren is an enigmatic artist and single mother. She moves to Shaker Heights with her daughter, Pearl, and rents a house from the Richardson family. All the children are drawn to the mother-daughter duo.

However, when friends of the Richardsons try to adopt a Chinese American baby, the town is split into two sides – that includes Mia and Elena. Now, Elena is suspicious of Mia and her motives, and she wants to figure out what she is up to.

The Woman In The Window By A. J. Finn

A novel soon to be turned into a major motion picture starring Amy Adams, Julianne Moore, and Gary Oldman.

The main character, Anna Fox, loves to stay in her bubble in her apartment in NYC, never leaving her home. She spends her time drinking wine, watching old movies, and spying on her neighbors.

The Russell family moves into the house across from her, and when she witnesses something, she shouldn’t have all hell breaks loose.

Between a romance novel, a good murder mystery,  a disappearance of a man, and a woman knows nothing about, you will not have something to read. Each one of these novels brings their characters to life and illustrates their emotions and what they are going through so well.

Did you read any of these novels? If so, let me know what you thought in the comments below! 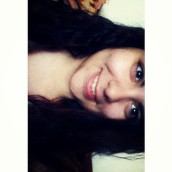 Balancing Work and School: Everything To Know

BookTok Books That Are Worth The Read

Novels You Won’t Want to Put Down This Fall