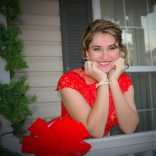 6 Ways to Add a Chill Vibe to Your Room

Do you ever get sick of listening to the same artists and songs over and over again? Well, if that is the case then here is a great list of eight bands that not enough people are listening to.

My all time favorite band is AJR and what strikes me as odd is that it seems as though not enough people are listening to their music. I was lucky enough to have had this band recommended to me by a friend, otherwise I don’t think I would’ve noticed them. The band became know for their single “I’m Not Famous” that was released summer of 2016. This is was about the only song that I knew by them, but it wasn’t until I listened to their album “The Click” that I truly began to fall in love with their music.

Every single song on that album is a hit, but I do have some that I love more than others. I would say that my favorite song on this album is “Netflix Trip” which takes listeners on a journey through the artist life experiences he had while watching the hit show, “The Office”. People may think that just because it is about the show “The Office” that it is not serious, but it’s a heartfelt song that makes me tear up every time I listen. Other favorites of mine include; “Sober Up”, “Turning Out”, and “Three-Thirty”. This band recently released a new album this fall and it is even better than the last.

I had the privilege of seeing them in concert and if you have the chance to go to one you will not regret it! I also was lucky enough to have met a member of the band, Ryan, and he was so sweet, taking the time to meet fans. So if you are looking to listen to something that is unlike anything you have heard before, then AJR is the band for you.

Kodaline is an indie rock band that is perfect for fans of One Republic, Coldplay, or The Fray. I find that listening to their music puts me in the perfect chill vibe for when I want to read or do some homework. The song that this band is best known for is “All I Want” which was featured in the movie “The Fault In Our Stars”. It truly is a beautiful song, but one that you may need to add to your feels playlist. Other great songs by them include, “Brother”, “What It Is”, “Follow Your Fire”, “High Hopes”, and “Wherever You Are”. If you are a fan of alternative music and looking for a new band then I recommend Kodaline.

Loote is a pop duo that makes fun music that makes you want to get up and dance. I know that of a while all pop music can start to sound the same, but not Loote. Each song is different than the last, creating a wonderful blast of music for your ears. You may know them from songs like “Your Side Of The Bed” or “High Without Your Love”. Some of my favorite songs of theirs that I recommend are “Tomorrow Tonight”, “She’s All Yours”, “85%”, and “Better When You’re Gone”.

NOTD is another dynamic duo that is known for their rhythmic dance and electronic music. NOTD is a great band to listen to if you are fans of The Chainsmokers, Kygo, or Calvin Harris. You may know them from the song “I Wanna Know” featuring Bea Miller. Each one of their songs features well known artists such as, Daya, SHY Martin, Georgia Ku, and HRVY. Some of their favorites of mine are “Wanted”, “Keep You Mine”, “I Miss Myself”, and “So Close”. This is the perfect band to listen to when you are working out or need a good summer jam.

Lovelytheband is a rock alternative band that gives listeners a new sound. If you are a fan of Vance Joy, Passionpit, and Jeremy Zucker then I recommend lovelytheband. This band probably sounds familiar and is best known for their song “Broken” that was a big summer hit. Their newest release “Waste” gives listeners a smooth rock vibe. This band is perfect when you want to listen to something that is new, but also very different.

FRENSHIP is another pop duo that gives listeners a different kind of pop. If you are a fan of Emily Warren, Bastille, Yoke Lore, or Alessia Cara then I think you would really enjoy FRENSHIP’s music. This band is best known for their hit songs “Capsize” and “1000 Nights” that are the perfect summer songs. The band recently released a new album with great songs like “Keep You Close”, “Won’t Let You Go”, and “Wanted a Name”. I think that fans of alternative would love FRENSHIP because they don’t have the traditional pop sound.

Walk Off the Earth

Walk Off the Earth is an alternative band that is perfect for fans of Walk the Moon, American Authors, Andy Grammar, and X Ambassadors. This band has been around a while, but I think that there most well-known song is “Red Hands”. I think that this song is an absolute classic and it never gets old no matter how many times I listen to it. Their latest release “Nicknames” is a hit, personally I cannot stop listening to it.  Walk Off the Earth is a band that is great to listen for if you are looking for a new sound that not a lot of people listen to.

Lost Kings is an DJ duo that brings listeners a perfect combination of pop and electronic music. Lost Kings is perfect for fans of Matoma, ARIZONA, Cheat Codes, and Gryffin. You may know Lost Kings from the hit song “Phone Down” or “When We Were Young”. Other songs of theirs that I love are “Anti-Everything”, “LA & The Parties”, “Don’t Kill My High”, and “FU4E”. Lost Kings breaks away from traditional pop and electronic and comes together to create a whole new musical experience for listeners. Their music makes listeners want to get up and dance. This is the perfect band to jam out to in the summer or listen to on a day at the beach.

Have you listened to any of these bands before? Which bands do you plan on checking out? Leave us a comment below?

Who Your Celebrity Crush is Based on Your Zodiac Sign

6 Ways to Add a Chill Vibe to Your Room