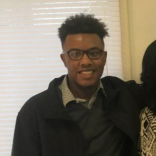 The festivities of Thanksgiving are almost upon us, which means it’ll soon be acceptable to talk about Christmas 24/7. Some people don’t like hearing Christmas music before then, but even Freeform has started their pre-Christmas programming with “Kickoff to Christmas.”  Now that a new streaming service (Disney+) has made it easy to find the things we want to watch, we have a whole new set of seasonal flicks to binge. Disney+ has given a lot of us the nostalgia kick we needed to carry us over to the next year, so here are a few films on Disney+ to get you into the Christmas spirit.

The 1993 stop-motion classic is one of the few Christmas films that can satisfy those with a more spooky taste. It’s been a longtime fan-favorite and one of Tim Burton’s most beloved films. The story sees the Pumpkin King of Halloween Town, Jack Skellington, stumble upon a portal to Christmas Town, where he decides to give the happy holiday a chance. Chaos follows as the citizens of Halloween town attempt to fit into their new roles in Christmas Town. Despite it’s fairly simple premise, it had to be released under a different company because Disney was afraid it would be too scary for kids.

If you haven’t seen this movie, you’ve probably seen someone wearing a Jack Skellington shirt or singing “This is Halloween”. It’s become a cult classic that people watch no matter what time of the year it is. Patrick Stewart is the narrator, so you can expect a smooth and silky voice guiding you through the journey. It was also the first animated feature to nominate for the Best Visual Effects award at the Oscars. You should watch it if you’ve never seen it, and make a friend who’s seen it watch it again as a refresher.

This film is a classic Christmas story that’s been told a thousand times, which is why I won’t give a specific version to watch, but I will talk about the version that was released in 2009.  Disney+ also has multiple versions, so you can pick based on your desired aesthetic. The 2009 version is Disney Digital 3D and carries a darker tone compared to other versions. The 1983 version starring Mickey Mouse is more fun and suitable for children. It’s not on Disney+, but FX will be doing their rendition if a Christmas Carol as well, set for release later this year. It doesn’t have Jim Carrey starring as Ebeneezer Scrooge, though.

The story sees the mean-spirited Scrooge being visited by three beings: the Ghost of Christmas Past, the Ghost of Christmas Present, and the Ghost of Christmas Future. Scrooge is never in the Christmas spirit and has no patience when interacting with the people around him. The three ghosts try to show him the error of his ways before he’s forced to spend Christmas and the rest of his life alone and unhappy. While this version was criticized for being dark, the performances of Carrey and the incredible Gary Oldman are something to behold. It’s an emotionally rewarding trip though time that’ll teach you a valuable lesson about the meaning of Christmas.

This might read like a joke, but Iron Man 3 is most definitely a Christmas movie from now going forward. It’s like the Die Hard arguments, except the Marvel movies are made by Disney so it’s a little bit more believable. While not central to the plot, it does take place during the Christmas season, and Shane Black directed another action-Christmas movie starring Robert Downey Jr., Kiss Kiss Bang Bang. Reading the description might not make it feel like a Christmas movie, but watching it, you can see the heart there that most Christmas movies have. Not the best MCU movie, but a good movie in general.

In the final series in the Iron Man trilogy, Tony is forced to confront a seemingly mysterious force known as The Mandarin. He also faces the aftermath of the events of The Avengers, as he tries to return to a normal life after dying in space for a bit. Like the other Christmas movies on the list, it deals with rectifying the past and looking forward to the future. Pretty mature for a superhero film, yeah? So, if you need a little action in your Christmas movies, Iron Man 3 is the movie for you.

10 Retro Games That Are Worth A Fortune

This is a film is one of the reasons so many people have been so overjoyed with the release of Disney+. From the golden era of Disney Channel Original Movies, or DCOMs, The Ultimate Christmas Present made everyone who didn’t have a white Christmas want a white Christmas. Everyone wanted the machine that was used in the film, and it’s unfortunate that a real one hasn’t been created yet… Although, given what happens in the film, it’s probably best we keep them it fiction.

It stars a young Halle Hirsch and Brenda Song, who find a weather machine and use it to make it snow in Los Angeles. It creates snow and everything the girls wanted: snow and to not go to school, comes true. Everything isn’t as it seems, though, because the machine turns out to be the property of Santa, who happens to be the only person who can stop the machine from completely covering California in snow. It’s cheesy, but fun because who didn’t want it to snow on Christmas when they were a kid. If you haven’t seen a DCOM in a while, this will throw you right back into that world. Since I’m in Texas, I’ll be watching to see if I can figure out how to make a machine like that.

Christmas is the best time of year, and the beginning to new beginnings. The films on this list are fun, thrilling, and filled with heart, just like the Christmas season.

What are some of your favorite holiday films, comment down below!

How To Make Breakfast Count On The Go

Giving Back To Denton

The Best Restaurants in Denton To Go With Friends