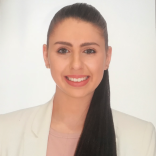 Today’s male modeling industry can sometimes be overshadowed by female models, who more so than men pop up in the media spotlight. So if you’re anything like me, you might be wondering how different modeling is in a man’s world, I caught up with male model Ryan Ujcic and asked the following questions.

What Inspired You To Become A Model?

What’s It Like Being A Male Model In Today’s Society?

“In Australia, it’s very tough and competitive to be a model in today’s society. A lot of agencies want males that are no less than 183cm tall. I feel agencies only disregard this if you are already a well-branded individual.”

Do You Ever Feel That Male Models Experience Social Pressures In Regards To The Way They Look?

“Most definitely, just like females, males are pressured to watch what they eat and to continue to stay very lean at all times. This isn’t pressure coming from an agency or a manager though”. Ryan feels that male models like himself just assume that’s what they’re expected to do and look like because of social norms surrounding his role.

Do You Feel There’s A Big Variation Between Female And Male Models In Todays Society?

“Yes and no, it depends on society and which city you are in I guess.”

Do You Think The Shift To Accept A Range Of Different Female Body Types Is Also Becoming Reflective Within Male Models?

“I say yes and no to this answer. I say yes because with the growth of society and rise of social media, different male body types are starting to become accepted and over time most will become wider accepted. However, in saying this, I also say no as I feel that Australia is very behind when it comes to accepting a range of models at this moment of time.”

What Routines Do Male Models Need To Do Before A Photoshoot?

“Before a shoot, stick to a healthy diet to look as lean as possible. Moisturising the skin, washing the hair, as well as ensuring that your teeth are as white as possible, these are all elements that are combined together that make a photo shoot its best.”

What Do You Find Most Difficult About Being A Male Model?

“The most difficult thing is finding work and a really good agent. Most agencies have very strict criteria and they are the majority of the time, the door to getting good work.”

What’s The Most Rewarding Thing About Being A Male Model?

“The most rewarding thing would honestly be that being a model ensures you to keep in shape and maintain a good image. It gives you a reason to keep yourself looking good, which is what I’m all about.”

What’s Something You Would Love Everybody To Know About The Male Model Industry?

“It’s an industry that requires persistence, patience, and confidence like no other.”

What Message Would You Give To Other Men Out There Wishing To Pursue A Career As A Model?

“Anyone wanting to pursue a career in modeling I say 100% give it a go. The key to becoming a model is persistence and never giving up. One agency may say no, doesn’t mean that others will too.”

To all of you who were as clueless as me to what its like to be a male model of the 21st century, I hope Ryan’s take on his modeling career has given you a little insight into the male modeling world. Anything else you would  like to know about male models, comment your questions below.

15 Tips To Throw An A+ Graduation Party

What Hairstyles Should You Choose For Your Face Shape

10 Back To School Style Ideas To Make You Stand Out