19. Australian. Aspiring journalist with a passion for the creative…

Adelaide may be a small city in the heart of South Australia, but it still has a lot to offer. One of those things is peace and privacy. The city has been home to some of the world’s best A-listers without you even realizing it! Here are just some of the celebrities from Adelaide.

Although he was born in Malaysia, Guy Sebastian calls Adelaide his hometown. Starting his music career at a young age, Guy first took violin lessons before later learning to play guitar, drums and the piano. He was heavily involved with the community churches as a child, performing lead and back-up vocals for the Paradise Community Church conferences and albums, and acting as a main worship singer for one of Australia’s largest churches. He studied Medical Radiation as a young adult at the University of South Australia, but ultimately left to pursue a music career. It turned out for the best though, as he placed first in the 2003 Australian Idol competition, winning a BMG contract and in turn, beginning his highly-successful career.

It’s not a coincidence that their name is the Hilltop Hoods, the popular hip-hop group took inspiration from their hometown surroundings in Blackwood, Adelaide. Since beginning their career, the Hilltop Hoods have released nine studio albums and toured internationally. Part of their touring repertoire includes popular Australian music festivals such as the Big Day Out, Splendour in the Grass, Groovin’ The Moo, Falls Festival and Clipsal 500. They may be a critically-acclaimed rap group, but they still call Adelaide home.

Jimmy Barnes: An Australian icon, a national treasure, and an absolute legend. That’s right folks, one of the world’s greatest musicians was raised right here in Adelaide. Born in Scotland in 1956, Barnes and his family immigrated to Adelaide in 1961, and still live here to this day. Jimmy rose to fame as the lead vocalist for popular rock band, Cold Chisel. Though he’s now a solo performer, he continues to make music and play around the world.

Before his death in 1980, Bon Scott was famously known for being the lead vocalist for one of the most popular Australian bands in music history: AC/DC. Scott moved to Adelaide in 1970 and lived here for several years before his untimely death. He was a great performer, and was even once named the number one ‘front man’ of all time by ‘Classic Rock’ in 2004. The band continued on after his death, but there was still no replacement for Scott. AC/DC’s ‘Back in Black’ album, the second best-selling album by any band in history, is a tribute to his life.

Mel Gibson is not only an award-winning actor, but a talented director, producer and screen writer for some of Hollywood’s most famous films. Unknown to some people, Gibson lived in Adelaide for a short period of time at one point in his career. While in Adelaide, he joined the State Theatre Company of South Australia and even shared an apartment with his now-wife, Robyn. For someone known for his work in films such as Mad Max, Lethal Weapon and Braveheart, it’s astounding to think that he once lived in our little hometown.

We all know her as the voice behind hit-records such as ‘Chandelier’, ‘Elastic Heart’ and ‘Cheap Thrills’, but Sia Furler came from more humble beginnings. Born in Adelaide, Sia began her music career here, first joining a local Adelaide acid jazz band in the ‘90s. After that band ended, she continued to pursue a solo career. But it wasn’t until she signed with Sony Music in the 2000s that she started to really make a name for herself. In the following years, she released a few studio albums, but it was ultimately her infamous 2014 single ‘Chandelier’ that made her a breakthrough artist.

Known for his break-out role as Riley Biers in the third installment of the Twilight Franchise, Xavier Samuel was born in Victoria, but moved to Adelaide shortly after. Xavier graduated from Rostrevor College before spending four years at Flinders University working with course director, Professor Julie Holledge. He then ventured to LA to begin his acting career. Other accredited films he has starred in include ‘The Loved Ones’, ‘Bait’, ‘Fury’ and ‘Spin Out’.

The youngest player to be ranked number one in the world, tennis champion Lleyton Hewitt had his start in Adelaide. Born here in 1981, he lived here for the majority of his life up until his recent move to Sydney. Lleyton has had a very successful career, winning the US Open in 2001 and Wimbledon in 2002. He just one of many sporting legends that we are proud to say was born in Adelaide.

Fun fact: I actually lived two streets away from Lleyton in middle school. Not surprisingly, his family had their own tennis court.

Adelaide has hosted its fair share of sporting stars, but none so famous as Sir Donald Bradman: the greatest cricket batsman of all time. Bradman lived in Adelaide for the majority of his life, even playing for South Australia’s domestic cricket team from 1935-1949. With a test match average of 99.94, he holds the greatest statistical achievement in any major sport, forever remaining one of the best athletes in history. 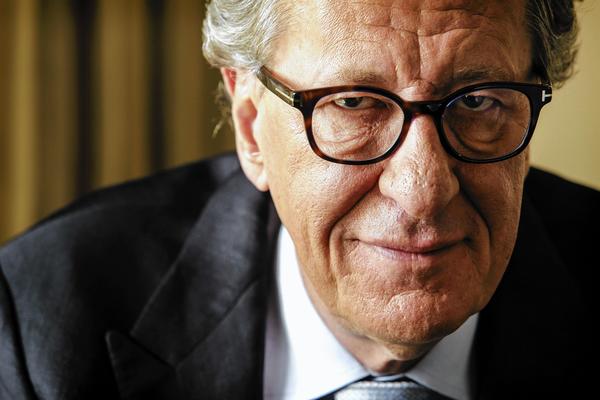 This last celebrity lived in Adelaide very briefly, but he still counts nonetheless. Geoffrey Rush is one of Australia’s most critically-acclaimed actors, having starred in blockbuster films such as Pirates of the Caribbean, The King’s Speech, Shakespeare in Love and Finding Nemo. He was born in Queensland, but like Mel Gibson, Rush lived in Adelaide for a short period of time, also joining the State Theatre Company of South Australia. How crazy is it that the voice of Nigel lived in Adelaide at one point?

So next time you think that Adelaide is just some small city near the bottom of Australia, just remember that we have hosted some of the world’s most famous celebrities; and that makes us pretty fricking cool.

Who are your favorite celebrities from Adelaide? Share in the comments below!

19. Australian. Aspiring journalist with a passion for the creative arts.

A Love Letter To The Gold Coast

7 Of The Most Unique Clothes Shops In Adelaide

Top 5 Hotels To Stay In Adelaide