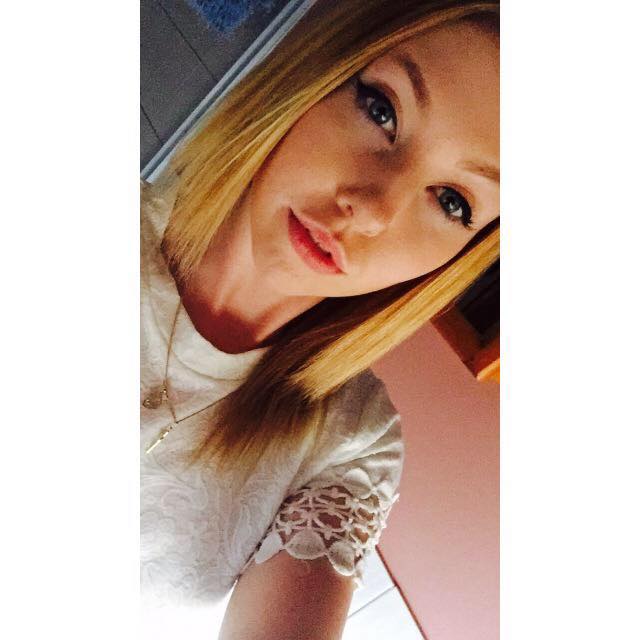 The Top 3 Ways To Stay Healthy At University

Everyone thinks that their uni is the best, why wouldn’t they? UniSA really is an amazing school that has given me so many opportunities. Here are 20 reasons why, in my opinion, UniSA is the greatest school on Earth!

1. The state of South Australia.

Even though Australia is home to five other states and two territories, South Australia is very unique in its own way. With things like lush green parklands, museums and local zoos (including pandas which are the most adorable things ever), beautiful beaches, world-class wineries and the stunning Adelaide Hills and of course, home to the great University of South Australia, Adelaide is truly the place to be.

Ever since 2014, UniSA have hosted a yearly Halloween party. Held at City East’s Brookman Hall, the night is filled with amazing music along with dancing zombies, vampires, multiple Harry Potters, you name it! Why host your own Halloween party when UniSA can do it for you?

Hit 107 have had many superstars perform on their World Famous Rooftop Gig over the years. UniSA’s City West Campus held Hit 107’s Rooftop Gig which featured the amazing (and Australian) band, Birds of Tokyo. Who might I add, put on a pretty stellar performance.

There’s nothing more relaxing than learning in a scenic environment. Whether you like to look upon the city out a window, sit up in the library and admire the river and trees across from you (yes, Magill Campus has its own personal little river), or lay sprawled across an open grass field reading a good book, UniSA provides many scenic views for students, staff – everyone.

Each year UniSA students are chosen to represent South Australia in the Australian University Games. Over 42 universities compete in the AUG over 5 days, and UniSA gets to show Australia the wide range of sporting talent that this university possesses.

What a better way to spend a night by watching a newly released movie? Don’t worry, UniSA have it covered! Screening the latest movies on campus, you can get comfy on deck chairs and inflatable sofas and enjoy the movie. Oh, and one more thing, these screenings are completely free.

Let me guess, this reason caught your eyes because of two words, free food. The University of South Australia is pretty generous offering free food at events such as Open Day, O-Week, Movies on Campus, they even had students decorate cupcakes for UniSA’s 25th birthday celebration, which makes UniSA pretty sweet!

UniSA are completely on board with supporting mental health and lifestyle, encouraging every student to have a positive mindset and body. UniTopia is an event filled with all things positive! Such as henna, ice cream (did I mention free already?), mediation, even a petting zoo filled with baby goats!

Located at City West Campus, the Samstag Museum is one of UniSA’s leading creative centers. Displaying exhibitions of contemporary visual art, and art of the past. With art pieces from many Australian and international artists, it is a place to be encourage and inspired by, especially if you’re undertaking an arts degree.

Although Adelaide is the place to be, it is nice to broaden your horizons and travel the world. Thankfully, UniSA offer full semester exchange and even short term exchange (summer and winter school) to partner universities in 25 countries! It’s not only a fantastic study experience, but a chance to familiarise yourself with new cultures and make a ton of new friends along the way.

11. The convenient placing of each campus.

All six campuses are set up in different places, but every campus comes with places to visit and see. For example, City East is only a brisk walk away from Rundle Mall (shopping anyone?). A 10-minute drive from Magill Campus will bring you to Morialta Conservation Park (perfect for afternoon hikes after a day at uni), even the Mount Gambier Campus is not far from the scenic Blue Lake or the famous Connawarra Wine Region.

UniSA is home to many clubs and societies. There’s something for everyone! Such as clubs/societies for different degrees, different cultures, or clubs that are just for general hobbies that students enjoy doing.

Diversity is alive and well in many parts of the world including universities, and sometimes it’s refreshing and also interesting to learn about someone who’s from another place. UniSA has the largest international population in South Australia, with 6000 students studying in Adelaide!

It is completely normal to be picking and choosing different types of degrees when enrolling into university. Though UniSA may be able to help you out with that. UniSA offer a choice of over 200 world class degrees, which is a pretty big list to choose from.

UniSA’s Mawson Lakes Campus has its own planetarium, enabling you to look at the constellations, planets and stars all from the comfort of your own arm chair. Whether you’re studying astronomy, a school group or even a want to do something with the family, the Adelaide Planetarium offer a range of different things such as courses, special events and even movies.

I don’t know about you, but it’s pretty nice when you go for a night out with the company that are your classmates and friends, drinking cheap drinks (because who wants to pay full price?) wearing matching shirts, socalising, and dancing the night away. UniSA is home to many amazing pub crawls, whether you’re in psychology, engineering, nursing – there’s pub crawls for everyone!

UniSA is the youngest university South Australia has, but that doesn’t stop it being home to some pretty cool heritage buildings. Like Murray House at Magill Campus, which was built in 1884 and is now a unique part of the campus, or the Brookman building built in 1903, now part of City East campus and gracing the city street with its magnificent structure.

Yes, you read that correctly. The University of South Australia holds a Guinness World Record for the longest bicycle, measuring at almost 42 meters in length! Pretty impressive, hey?

For the last 3 years, UniSA has held an event called Unijam. A “jam” is an online brainstorming event and ideas generator, enabling people to have a conversation on a different range of topics. UniSA was even the first university in the world to conduct a jam, which was conducted over an impressive 38 hours.

Have any other reasons why you think UniSA is the greatest? Feel free to comment below and share the article!

Tags
Adelaide UniSA UniSA - Everything Else

An aspiring journalist, Uni SA student, french fry lover, and Youtube enthusiast. I love all things blogging so make sure to check out my articles posted right here on Society19!

20 Things I Learned as a First Year at UQ

The Top 3 Ways To Stay Healthy At University

7 Of The Most Unique Clothes Shops In Adelaide

Top 5 Hotels To Stay In Adelaide