When going to school in the south, there are some typical stereotypes that people will associate with the school you choose. These are the 15 most common responses and reactions people have when you tell them you’re attending Alabama!

Aside from the fact that the campus is beautiful and the weather is nice, their scholarship program is arguably one of the best. Many students (even out of state) find themselves with a full-tuition paid experience. Coming out of undergrad with minimal debt sounds like a pretty good deal to me.

The University of Alabama is and that’s all that matters.

3. Isn’t that in the South? Where they (ya know) with their cousins?

This is by far the biggest stereotype of any southern school, but we promise we’re not like that.

4. I see football played a large part in your decision

No, not really, but who wouldn’t want to watch and cheer for a school that’s home to 16 national championships.

The man responsible for 5 of those natty’s. They don’t call it t-town for nothing.

6. But you’re from the north

Anyone from the Midwest knows that people always question you.

Only 729 miles from Chicago, but who’s counting?

8. But you’re from the south

It’s like you can’t win no matter where you’re from, people always question why.

It’s no secret that Alabama has the largest (and undoubtedly the best) Greek system of all college campuses, and there shouldn’t be a negative connotation with going through the rush process. You instantly gain 50 new friends from your rush group and 100’s of new sisters.

Really? I had no idea, but I’m pretty sure every school has parties.

12. You’re going to come home with a southern accent

It’s natural to pick up social cues from wherever you are.

13. If you start saying y’all we can’t be friends anymore

An actual response from one of my friends, but what’s a better way to refer to a group of people? You guys?

14. I heard everybody loves it!

15. That’s the best decision you’ll ever make in your life

Most alums and current students will tell you, Alabama was the greatest decision and they would go back and do it all over again.

Are there any other responses you have gotten when telling people you’re going to Alabama!? Share in the comments below! 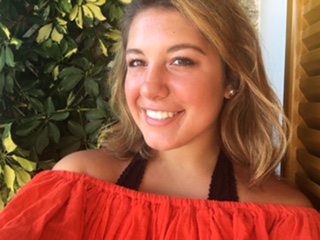 "Incoming freshman at the University of Alabama, lover of chips and guac and all things football Follow me on Twitter/Instagram @kileendietrich"

10 Texts All Guys Are Sick Of Getting

10 Ways To Eat Better At JMU

7 Ways To Be On Time To Your Hate AM

The 10 Best Places To Eat Around UAH

10 Things I Wish I Knew Before University of Alabama Orientation

20 Freshman Tips For Every UA Freshman