They Take All The Blankets At Night

This is always hilarious to me because my boyfriend denies it. He talks in his sleep, which makes it even funnier.

I drink a lot of water. Like a lot of water. So I probably have to use the bathroom once a night if I have water too close to bedtime. One night I got out of bed, out from under a blanket, and went to the bathroom. I come back and this guy had completely cocooned himself in our blanket, within mere minutes he was enveloped in a sea of fabric.

I tug on the blanket to get it back and he yells “babe, stop! You have all the blanket.” I was dumbfounded and told him I didn’t and he needed to stop. He didn’t respond to me after that. The next morning, he had no recollection of the situation.

It still makes me giggle that he was so mad about me taking the blanket. It happens from time to time in a long term relationship! It can be annoying, but kind of cute.

The TV Is Either Too Loud Or Too Quiet

I do not like loud things, so this might not be an issue for other couples. When my S/O and I are watching TV and something loud is going on in another room, he turns the volume up more. So now everything is loud and I can’t even think.

He’s the type that would rather turn the volume up than just turn on the subtitles, I am totally opposite.

Then there are days where the TV is on and he wants to nap, so instead of turning the TV off, he just turns it down to nearly silent. Even if I’m not sleeping, he still does this. So I’m just making up the story as the pictures go along the screen.

They Are Literally Plotting To Annoy You

I can’t tell you how many times I have asked my boyfriend, “What the hell are you doing?” and his response is along the lines of him wanting to get me flustered. He has come to master the fine line between playfully annoying me and making me full-on angry.

He thinks it’s quality entertainment, where I feel like one of those cartoons with the steam coming out of the ears. Which apparently, to him, is even cuter. To be fair, it is kind of funny sometimes because I can tease myself. Also, I get it, it’s fun to mess with him too. It’s hard to stay mad.

They Are In The Bathroom All The Time

I mean seriously, what is going on in there? And it’s always at the most inconvenient time, like when we are about to leave.

There are also times where we have to go to the bathroom at the same time and there is a race to see who gets there first. Usually, I get my way and get to go first. Plus, races are fun!

You Don’t Always Want To Be Around Them…

There are times where I come home from work and the last thing I want to do is snuggle up. I want to go in the bathroom, take off my makeup, and take a few minutes to myself. Sometimes, that can be hard when your S/O wants to kiss you immediately, which is sweet to be fair.

Also, when they leave in the morning and you get the bed to yourself. It’s the best feeling ever to stretch all your limbs to the corners of the bed. Or, in my boyfriend’s case, steal my pillow. It’s the first thing he does in the morning after I get out of bed.

In a long term relationship, the other person can just straight up annoy you. The way they yawn is annoying and they chew too loud, so you just want to getaway.

…But When You Are Apart It’s Weird

So they annoy you, and you decide to spend some time with your girlfriends. Sounds nice, right?

It’s fun for a few hours, sure. But now you see something that reminds you of an inside joke you have with your S/O and miss them. They might drive you crazy but they are your best friend. How annoying is it to want to be away from someone and then immediately miss them?

Then you realize that there is really nothing better than snuggling up on the couch and watching your favorite show with your partner until they start to yawn. It’s a cycle of “get away from me”… “okay now love me”. A long term relationship has the personality of a cat.

There Is No Shame About Anything

On the one hand, it’s good that you two are so comfortable with each other. On the other hand… you are now popping each other’s butt pimples. Romance is dead and you are bonding over who can grab more body fat.

Again pros and cons here, but definitely annoying when you think about it. Sure there are no secrets and you still love each other, but kinda gross *insert shrug emoji here*.

The Endless “Where To Eat” Debate

This isn’t even limited to a long term relationship. Even new couples experience this, but now imagine it for years. I cook, thankfully, and so does my boyfriend, but during the weekend it’s a different story.

We like to eat out on Sundays because that is our non-negotiable date day. We have gotten to the point where we start to plan it out the Wednesday before. It goes a little something like this:

“Hey, where do you want to go on Sunday?”

“I dunno, what are you in the mood for?”

“No, I don’t want that. I want something light”

Then, when we finally narrow it down to two different choices, it’s a matter of waiting to see which one we are in the mood for on Sunday. We don’t even actually decide until Sunday, so the days of figuring it out are just to narrow it down.

In a long term relationship, the family thing is inevitable. My situation is a little different because my family and I don’t actually speak anymore, but at first, it was very stressful to get my boyfriend and parents to have a conversation.

I am much closer to his side of the family but even then, it can be annoying. You start to notice where your S/O gets their quirks from. Now you’re surrounded by a whole family who has the same annoying habit. The holidays are fun.

The Romance Is Different

When you start to transition from a dating relationship to a committed long term relationship, the romance changes and it can be hard at first. I remember times where I truly felt like our spark was gone and the romance was dead.

Then I started to realize that cute gifts and texts weren’t what made our relationship. It was the fact that he was cuddling up with me in the middle of the night and always driving us places. Long term couples show their love by simply putting in the work. He is not the type of guy to share anything with anyone and he definitely hates talking. Even his friends of 10 plus years don’t know everything about him, and yet, when we had issues he spent hours talking it out with me. Is it romantic? No. Does it show love? Absolutely.

Being in a long term relationship is full of laughs and tears; quirks and complacency; and fights and kisses. Annoying habits really make the relationship special and unique. Personally, I wouldn’t have it any other way.

What annoys you about your long term relationship? Let us know in the comments below! 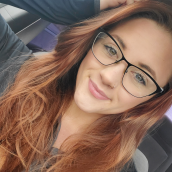 Hi! I'm Jayde. Communication expert and your relationship guru. I'm just living life one word at a time and trying to take it all in. You can catch me sipping an iced coffee and snuggling an animal.

5 Easy Decor Pieces You Can Make At Home

10 Movie Scenes That Make Us Believe in True Love