10 Benefits To Drinking Coffee That You Didn’t Know

In the entertainment industry, actors don’t always get the part in a TV Show, Film, and/or project he/she originally auditioned for. In some cases, actors still get to be part of the project but cast in a different role. Reasons for this include being a better fit for the role he/she got cast as or producer decisions.

Now, with that being said, here are 20 Actors Who Auditioned For One Role But Got Cast As Another:

1. Rainn Wilson as Michael Scott in The Office:

The Office will forever go down as one of the most popular TV shows of all time and it is often hard to imagine anyone else playing any of the show’s (and probably some of the most iconic TV Roles of all time) characters. Rainn Wilson’s portal of Dwight Schrute is excellent and it’s hard imagining anyone else playing the character. However, Wilson initially auditioned for the part of Michael Scott and was apparently the first person to try out for the show’s leading role.

2. Helen McCrory as Bellatrix Lestrange in The Harry Potter Films:

Of all the actors to make this list, Helen McCrory is the only one who actually landed the role she originally auditioned for: Bellatrix Lestrange in The Harry Potter films (Bellatrix appears in the last four (last three books) Harry Potter films). However, a few months prior to production for Harry Potter and The Order of Phoenix (The fifth film based on the series’s fifth book) McCrory had to withdraw as she discovered she was pregnant.

As a result, the role of Bellatrix was recast and portrayed by Helena Bonham Carter. Meanwhile, McCrory was subsequently cast as Narcissa Malfoy, Bellatrix’s younger sister and the mother of Draco Malfoy, for Harry Potter and the Half-Blood Prince and the two Deathly Hallows films. Bonham Carter does a great job as Bellatrix, but I’m curious to see how McCrory’s take on Bellatrix would have been like.

4. Bethany Joy Lenz as Brooke Davis in One Tree Hill:

While she ultimately landed the former role, she made far in the audition process for the latter role, which ultimately went to Sophia Bush. Lenz reportedly wanted the role of Haley so much that she later confessed that she purposely didn’t put much effort into her audition for Brooke in order to make One Tree Hill producers see she would make a better Haley.

5. Alexander Ludwig as Peeta Mellark in The Hunger Games Films:

Ludwig was part of the top three actors considered for the role of Peeta Mellark in The Hunger Games films. He even did a screen-test with Jennifer Lawrence (who played Katniss, the series’s lead). Although he lost the role of Peeta to Josh Hutcherson, Ludwig was eventually cast as Cato, the vicious male tribute from District 2.

According to an interview with Mean Girls Director Mark Waters 10 years after the film’s release, Rachel McAdams, who ended up playing Mean Girl Regina George, initially auditioned for the lead role of Cady Heron, who was ultimately played by Lindsay Lohan. McAdams’s age was the reason why she didn’t get the part of Cady (McAdams was 25 years old when the film was released in 2004).

7. Heath Ledger as Bruce Wayne in The Dark Knight Trilogy:

Heath Ledger gave a phenomenal performance as The Joker in The Dark Knight, the second installment of The Dark Knight Trilogy and won a posthumous Oscar for Best Supporting Actor for his performance (Ledger died of a drug overdose in January 2008, six months before the film’s release).

In a 2012 interview, Director Christopher Nolan (who directed all three films of the The Dark Knight Trilogy) revealed that prior to casting Christian Bale as Bruce Wayne/Batman, Ledger was once in the running for Bale’s character for Batman Begins, the first film of The Dark Knight Trilogy. When the late actor met with Nolan, he rejected the opportunity. Nolan explained: “He was quite gracious about it, but he said, ‘I would never take a part in a superhero film.’” However, Ledger changed his mind after being impressing following the release of Batman Begins in 2005.

Besides Rachel McAdams almost playing Cady Heron in Mean Girls (See #6 Above), another almost-casting for the 2004 film was Lindsay Lohan (who ended up playing Cady) playing Regina George, the part McAdams got casted as. According to Waters, Lohan was in talks with the producers for the role of Regina George. However, when the 2003 film Freaky Friday (a film that Lohan starred in) came out, Lohan’s popularity with audiences shot up. For the fear that viewers wouldn’t like her as the villain, producers and Lohan decided that she’d portray Cady Herron, the lead, instead.

9. Orlando Bloom as Faramir in The Lord of The Rings Trilogy:

Although Bloom would played Legolas in all three films of The Lord of The Rings Trilogy, Legolas wasn’t the role he initially auditioned for. Bloom originally auditioned for Faramir, a character who doesn’t appear until the second film, but Director Peter Jackson (who directed all three films and won the Oscar for Best Director for the third film) thought that he’d be perfect for Legolas instead.

10. Laura Prepon as Piper Chapman in Orange Is The New Black:

There are several actors on the Netflix Series Orange Is The New Black who ended up playing a different character that they didn’t audition for initially. This includes Laure Prepon, who initially read for the lead role of Piper Chapman. However, showrunners didn’t think Prepon was the person to play Piper as she didn’t have enough of a girl-next-door vibe to convincingly portray a person viewers would be afraid for in prison. Prepon was cast as Alex Vause, Piper’s girlfriend (The relationship between Alex and Piper takes place during both before the events of and during the series) instead.

Westwick initially read for the role of Nate Archibald but was encouraged by Gossip Girl Creators Josh Schwartz and Stephanie Savage to read for Chuck Bass after he lost the former part to Chace Crawford.

12. Courtney Cox as Rachel in Friends:

Friends Producers initially invited Cox to audition for Rachel and was heavily considered for the part that Jennifer Aniston would eventually play. However, after reading through the script, Cox wanted to try out for Monica as she felt she could relate to the character more than she could with Rachel. Cox had to fight hard to get cast as Monica, which ultimately did. 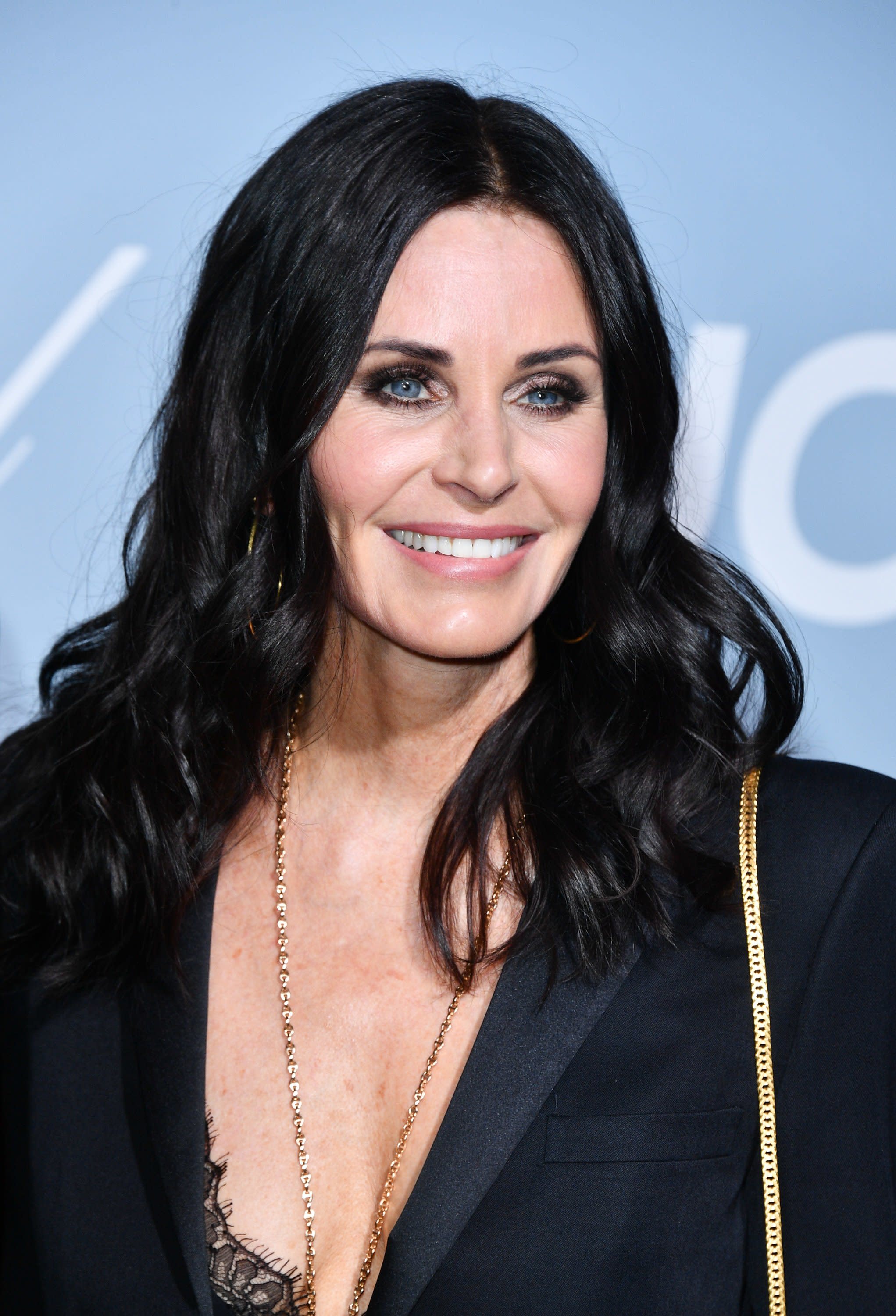 There are several well-known actors who auditioned for one of the six main characters on the Emmy-winning sitcom Friends. One of those actors includes Hank Azaria, who tried out for Joey, but the role ended up going to Matt LeBlanc. Although Azaria didn’t get the role of Joey, he ended up being casted as David, one of Phoebe’s (Lisa Kudrow) love interests and Azaria’s role was recurring over the show’s ten seasons.

The TV role of Miley Stewart/Hannah Montana on Hannah Montana will always be known as what gave Miley Cyrus her big Hollywood break. However, what a lot of fans don’t know is that Cyrus didn’t initially audition for the show’s leading role!

During Hannah Montana‘s early production stages, Cyrus originally submitted an audition tape for the role of Lilly Truscott, the best friend of Miley Stewart, but the producers thought she would be a better fit as the lead character. While Emily Osment did an excellent job of playing Lilly, could you imagine Cyrus playing the skateboard loving and tomboy best friend of the secret popstar?

15. David Thewlis as Professor Quirrell in Harry Potter and The Philosopher’s Stone:

Along with Tom Felton (see #3 above) and technically Helen McCrory (see #2 above), David Thewlis is also amongst several actors who appeared in the Harry Potter films that initially auditioned for one role but got cast as another. Thewlis originally tried out for the part of Professor Quirrell, the Defense Against The Dark Arts Professor during Harry’s first year. 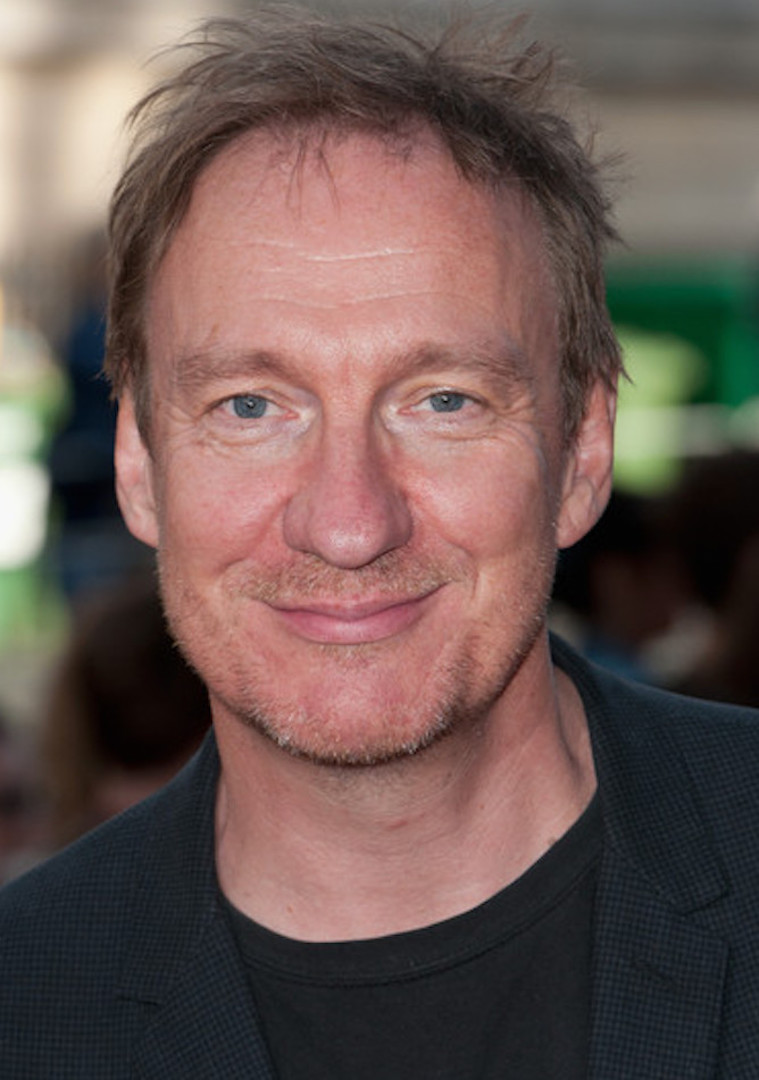 Several of the actors who starred in Pretty Little Liars originally read for roles that were different from the characters he/she ended up portraying on the show. One of those actors includes Lucy Hale, who initially wanted to play Hanna. However, Show Creator Marlene King believed that Hale would be a much better fit as Aria Montgomery. Hale would later agree with King after the latter allowed her to audition for both parts.

Like Azaria, Jon Favreau is also one of several well-known actors who auditioned for one of the six main characters on the Emmy-winning sitcom Friends. Unlike Azaria, Favreau auditioned for the role Chandler Bing, which ultimately went to Matthew Perry. Favreau ended up appearing in the sitcom as Pete, the “Ultimate Fighting Champion Guy” and a love interest for Monica (Courtney Cox) who appears only in Season 3.

18. Natasha Lyonne as Lorna Morello in Orange Is The New Black:

Natasha is also amongst the actors on Orange Is The New Black who initially read for a role different from what he/she was ultimately cast as. Before getting cast as Nicky Nichols, Lyonne wanted to try out for the role of Lorna Morello. ” [Showrunners] wouldn’t let me, because they already liked me for Nicky.” Lyonne stated in an interview.

19. James Franco as Peter Parker/Spider-Man in The Spider-Man Trilogy:

Tobey Maguire does an excellent job in portraying the leading role of Peter Parker/Spider-Man in The Spider-Man Trilogy and faced serious competition for the part. One of the actors he beat for the role included James Franco, who made it far enough in the audition process that he screen-tested for the role of Peter Parker/Spider-Man. Franco was upset he didn’t get the part but was ultimately appeared in all three films as Harry Osborn, the son of the villainous Green Goblin (William Dafoe) and best friend to Peter.

Like her Pretty Little Liars co-star Lucy Hale (See #16 Above), Janel Parrish is also another one of several actors from the show who got a role different from what he/she originally auditioned for. After she lost to Troian Bellisario for the role of Spencer Hastings, Parrish was called back to audition for Mona Vanderwaal, the role she ultimately played on the show.

From this list, which almost-castings were you surprised to hear about? Which actors could you see portraying the role he/she originally auditioned for? Be sure to let us know which actors down below in the comments section!

5 Lingerie Outfit Ideas That Will Make Him Drool

10 Benefits To Drinking Coffee That You Didn’t Know