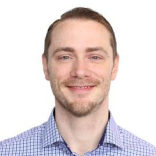 Taylor is a student at Fontbonne Univerity in St. Louis,…

Dealing With Homesickness While Studying Abroad

One of my favorite shows is Downton Abbey, which began airing in 2010 and will have its final season in 2016. While the thought of the saga coming to a close brings a tear or two to my eye, I can’t help but reminisce about previous seasons. Not to be melodramatic, but the series has “changed my life” in many ways. So of course, I’ve compiled a list of a few reasons why it’s time you grab a blanket, curl up on the couch and throw on an episode of Downton Abbey…like, right now!

1. It keeps it classy

I think that the show helps set a great example that it doesn’t have to be R rated to get high ratings. The season four finale drew in over eight million viewers! Now that’s just awesome!

Wouldn’t you love to be one of the Crawley sisters for a day and live in a world of servants and suitors?

4. It keeps you on your toes

You truly never know what will happen next! Just when you think you’ve wrapped your head around the plot, the complete opposite and unthinkable occurs. Anyone else still not over what happened to Lady Sybil?

So when you find yourself binge watching Downton Abbey one evening (or an entire week straight) when you should really be finishing that English paper, you can make the argument that you are simply being provided a vital throwback to the early 1900’s.

Well those are just a few of my reasons why Downton Abbey should be the next series you watch! I hope it’s intrigued you enough to at least give one episode a shot!

P.S. If you’re already an avid Downtown Abbey watcher, tweet you favorite memories from the show to me @TaylorBond20,  I’d love to hear them! 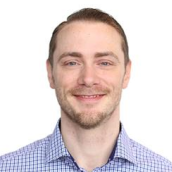 Taylor is a student at Fontbonne Univerity in St. Louis, Missouri. On an average day you'll probably find her sitting in a local coffee shop on her laptop or strolling around nearby parks with her friends. Her obsessions include cats, Pinterest, and Lana Del Rey. She loves writing about anything college related, but specifically DIY dorm tips! They're her favorite!

11 Tips for Studying Abroad in Paris

Dealing With Homesickness While Studying Abroad