So, you think you’re ready to get married? By now, you should know your partner inside and out. If asked, you know off the top of your head their favorite snack, their favorite Star Wars episode, and the way they take their coffee. Yes, those topics are important to know, but have you ventured into deeper waters? Have you both discussed the dreaded topic of finances, and mapped out basic career goals? How many kids does your SO want, if any at all? Before you walk down the aisle, make sure you know who you are about to marry. Read on to learn the most important questions to ask your SO before you say “I Do!”

1. Where do you see your career heading in 5 years?

Even if you have no clue where you’ll be in 5 years (do any of us really know?) this is still a great question to ask your SO. Knowing the general career direction your partner wants to go in will tell you a lot of things. Maybe they plan on entering a master’s program, or maybe the LSAT is in their future. Maybe they see themselves transferring jobs to the big city, all the way across the country.

This isn’t high school anymore, where I’d be telling you to be bold, independent, and go to that out-of-state college, even if that means doing long-distance with your SO. If you’re really thinking about getting married, then you have to remember the two of you are a team. Now, that doesn’t mean you should just follow your SO around like a puppy dog at the expense of your career goals; if it’s true love, the two of you can make anything work! I’m just saying it’s important to be on the same page and make the big decisions together.

2. Do you practice a religion?

Ah, this topic has literally started world wars. I get that religion can be a sensitive subject to discuss, but it is such a crucial part of any relationship. Before getting married, you need to know what your partner believes in spiritually. This way, you both can properly respect each other and avoid accidental insults. Also, it’s completely fine if you both have different religions; you just have to be willing to meet each other halfway.

This topic will inevitably lead to some heavier questions. For instance, thinking down the line, say the two of you want to have kids. What religion will they be taught? Will your partner be OK with you taking them to church? What happens when your kids ask about God, but your SO is an atheist? These are all great questions to figure out NOW rather than years later, with a kid already on the way.

3. Where are you on the political spectrum?

You don’t need me to tell you how polarizing politics can be, just take a look at this last year. Before getting married, it’s so important to know where your SO lands on the political spectrum. Are they a moderate, a liberal, or a conservative? Who did they just vote for in 2020, and why? Can you live with someone who voted like that? Does your SO respect your differences, or are they trying to change you? Remember, you don’t have to force each other to think a certain way, you just have to be able to listen to one another.

I can see you side-eyeing me now and thinking, “Um, kids are a LONG way away, pal.” Before you take that accidental pregnancy test and go into shock, it’s important to know what your SO thinks about having kids. Some people really don’t want kids, but they stay with their SO for years, thinking they’ll change their minds one day. Save yourself the heartache and find out what your SO wants. You don’t have to have your baby names list in your back pocket, but at least know if your partner is open-minded when it comes to having kids.

Have you heard the saying, “when you marry someone, you marry their entire family?” Well yes, this is very true. You and your SO might be soulmates, but how do you fit into their family? Did you ask your SO’s parents for permission to marry yet?  Can you get through a family dinner without that awkward silence? Have you even met their family yet?

Although you should never end a relationship solely based on the opinions of family members, you have to remember that your family isn’t going away. You are trying to build a life with your SO, a life you probably want your family to be a part of. So start off on the right foot and make a good impression. A firm handshake can go a long way, as does a plate of warm brownies!

6. Do you have any “skeletons in the closet” I should know about?

You are not being a crazy person if you ask this question. Yes, this is probably one of the harder ones to ask, but you should know the person you are about to marry, flaws and all. Does your SO have any bridges they’ve burned? Did they get into any trouble with the law? Do they talk to their parents, and if not, why?

If you both really love and trust each other, then you should know even the bad parts about one another. So, don’t be afraid to really open up. As the stripper from The Office once said, “Secrets, secrets, are no fun. Secrets, secrets, hurt someone.”

10 Fun And Romantic Ideas To Try For Your Next Date

7. Is there any financial debt I should know about?

Marriage is the joining of two lives AND the joining of two wallets! If you’re thinking about getting married, you need to talk about finances with your partner. Will you be merging your separate bank accounts, and if so, to which bank? Are you thinking about putting a down payment on a house? How much debt does your SO have? Talking about white dresses and colored cakes is fine and dandy, but you also need to address the unflashy side of marriage. Financial stability and bill paying are just a part of growing up.

8. Where do you see us starting our family?

You and your SO are probably all cuddled up in your one-bedroom apartment. You have your little dog in the corner by the window and have gotten used to your cozy kitchen. But now that you are getting married, with the possibility of a family on the horizon, you’re probably looking for some more space. Where is that? Does your SO what to move back home closer to their family? Do you want to get out of the city and try the rural side of town? Talk with your SO about where you both want to live. It’s also important to incorporate finances into this discussion and try to be as realistic as possible, as you might not be able to afford to live in certain locations.

9. What are your bedroom habits?

This question isn’t just about sex (although that is VERY important too)! Before you get married, you should know what it’s like to sleep with your SO. Do they snore? Do they sleep only naked? Which side of the bed do they like? Are they an early-riser or a night-owl? Remember marriage means living together, and you should probably know the living habits of your SO before you say “till death do us part.”

10. Would you rather watch Friends or The Office?

I saved the most important question for last! Even though this question isn’t as serious as the others on this list, knowing your SO’s humor is very important. People say you are either a Friends fan or The Office fan, and while belonging to one or the other isn’t necessarily a deal-breaker, it is the perfect ice breaker that can lead to some deeper questions that divide you two.

Did you ask your SO any of these questions? How did it go? Share your story in the comments below! 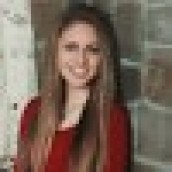 10 Drugstore Makeup Items That You Must Try