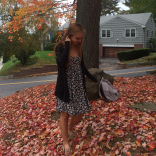 Magical books can help clear your mind and enchant your heart. For a few moments or a few hours, let yourself whirl away to a mystical world with powerful dragons, temperamental witches, and perilous quests—worlds in which your reality feels like a distant dream.

1. The Bear and the Nightingale, Katherine Arden

Follow the adventures (and misadventures) of the brave and unusual Vasya in a story where concepts, like winter, chaos, and midnight, become living and breathing entities. Explore Russian culture and history as you dive into this captivating and magical book, the first installment of the Winternight trilogy.

Gail Carson Levine reimagines the age-old tale of Cinderella in a beguiling and fantastical way. With human-eating ogres, magical languages, and curses from foolish fairies, the winsome world of Frell is sure to captivate your attention.

The strength, wit, and intelligence of the young protagonist Ella enriches the story and her relationship with Prince Charmont (Char for short) is sincere and well-written. If you’re looking for a charming, meaningful, yet short read, Ella Enchanted will fit your fancy.

Shannon Hale retells one of the lesser-known fairytales, The Goose Girl, with charm and personality. It’s easy to find the protagonist Anidori-Kiladra Talianna Isilee (Ani for short) immediately relatable, as she far prefers the company of animals to people. She has good reason too—she has the ability to speak to and understand animals.

When Ani is sent by her mother (the queen) to the neighboring kingdom Bayern to wed the prince, her identity is stolen and chaos ensues. In her journey to reclaim her life, Ani’s kind heart shines through.

Get whisked away to a world not too unlike our own—except for the fantastical objects, daemons and armored bears, of course. The Golden Compass, originally called Northern Lights, is the first installment of Philip Pullman’s His Dark Materials.

Follow the adventures of a young girl named Lyra Belacqua, who, accompanied by her daemon Pantalaimon, sets off on a quest to the northernmost part of the world. Along the way, she teams up with a band of Gyptians, a witch named Serafina Pekkala, the armored bear Iorek Byrnison, and a Texan aeronaut named Lee Scoresby.

In this coming-of-age novel, the charming and persuasive Lyra finds herself at the epicenter of a battle of ideologies between friends and foes, and through her charm and powers of persuasion, is able to save the lives of her friends.

Originally written in German and later translated into English, Cornelia Funke fashions a tale where magic (quite literally) leaps from the pages. The story follows Meggie as she learns that her father has the magical ability to read characters out of books and into real life. Unfortunately, this includes the villainous Capricorn.

Septimus Heap, the seventh son of the seventh son, was stolen from his crib the night he was born. On that same night, Septimus’ father, Silas Heap, finds a baby girl with violet eyes. Filled with sorcery and charm, Magyk, the first of a series of seven novels, will take you on a bewitching journey to uncover the mystery of Septimus Heap.

If you’re a sucker for meandering hobbits, quests of valor, and stories of epic proportions, The Lord of the Rings trilogy is sure to capture your fancy. The fantasy epic begins where The Hobbit left off, in the Shire of course. Frodo Baggins and his hobbit companions—Sam, Pippin, and Merry—escape their home with the one ring in hand, beginning a sacrificial journey where they meet plenty of friends and foes along the way. As their situation grows bleaker and bleaker, Tolkein’s world reveals that heroes can, indeed, come from the most unlikely places.

While The Lord of the Rings trilogy is dark and epic, The Hobbit is more upbeat, making it a light introduction into the tales of hobbits, elves, dwarves and the lands of Middle Earth. Occurring roughly 60 years prior to The Lord of the Rings, the hobbit Bilbo Baggins joins a group of merry dwarves on their quest to reclaim their home and forgotten gold. Of course, chaos and many misadventures ensue.

If you love the tales of Middle Earth but prefer a lighter read, The Hobbit is the way to go!

When ice meets fire, you get The Ice Queen by Alice Hoffman, a novel loosely based on the Hans Christian Andersen tale The Snow Queen. Hoffman tells the story of a woman who lives at a cool distance from the world after experiencing the tragic death of her mother at an early age. When she is struck by lightning, she searches for a man who returned from death following a similar event. What follows is a fiery and ice-cold love affair.

In The Last Unicorn, Peter S. Beagle draws you into an incredibly unusual fantasy realm. The story begins with a unicorn who suddenly comes to the realization that she may be the last of her kind. While the world where she lives is filled with fantastical elements and mesmeric magical creatures, magic has largely been forgotten.

What are your go-to novels for when you need an escape? Share your favorite magical books in the comments below!