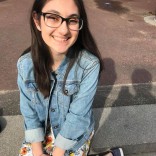 How To Overcome Job Rejections and Maintain a Positive Attitude

Tiger King has taken the world by storm since its release on Netflix back in March of this year. There was a time when it was impossible to go on Twitter without finding at least one Tiger King-based meme on your timeline.

Documentaries tend to have the reputation of being boring and almost a chore to watch, but the hype surrounding Tiger King has shown that documentaries can be far more exciting than the ones you were forced to watch in school. Here are ten documentaries that you can stream right now that aren’t Tiger King!

The music festival Woodstock, held in 1969, is regarded as a generation-defining moment and an event that triggered a cultural revolution. While almost everyone has at least heard of Woodstock before, not everyone knows why it was so important as a cultural event.

Given the fact that just about every music festival scheduled for this summer has been canceled due to the coronavirus, Woodstock: Three Days That Defined A Generation can be a way to experience the thrill of attending a music festival while also learning about an important cultural moment.

Woodstock: Three Days That Defined A Generation is available to watch on Netflix.

While Woodstock was a famous and historically impactful music festival, the infamous Fyre Festival is well-known for an entirely different reason. Fyre Festival was a 2017 event advertised as a luxury music festival, promising top-tier accommodations and a once in a lifetime experience in the Bahamas. But the entire event turned out to be fraudulent.

FYRE: The Greatest Party That Never Happened is about Billy McFarland, the founder of Fyre Festival who was convicted of fraud because of his actions with Fyre Festival.

FYRE: The Greatest Party That Never Happened is available to watch on Netflix.

3. The Death and Life of Marsha P. Johnson

Marsha P. Johnson is considered by many to be the mother of the LGBTQ rights movement. She was an active participant in the Stonewall uprising of June 1969. Johnson died under mysterious circumstances; although it was ruled a suicide, many people in the LGBTQ community believe she was actually murdered. The filmmakers look into Johnson’s death in The Death and Life of Marsha P. Johnson.

It’s the perfect film to educate yourself if you’re interested in LGBTQ history, especially with Pride Month getting closer and the cancellation of many regularly scheduled Pride Month celebrations.

If you’re interested in politics, Hillary may be the documentary for you. The film looks into how the perception of former First Lady and Secretary of State Hillary Clinton has changed throughout time. There is also never before seen footage from her 2016 campaign for President.

Hillary is available to watch on Hulu.

Social media influencers are becoming more and more prevalent, but what is it really like to become famous on social media out of nowhere? This is what Jawline looks into.

The film focuses on Austyn Tester, a 16-year-old boy from Tennessee, and his rise to social media fame as an attempt to get out of his rural hometown. Jawline does not shy away from the low points of being a social media influencer. It offers a raw and honest look into what it’s like to be a modern-day celebrity.

Jawline is available to watch on Hulu.

Sporting events wouldn’t be quite the same without team mascots. Behind the Mask is a documentary series that tells the stories of four different mascots each season. The mascots featured on the show have included high school mascots, mascots for professional sports teams, and even one guy who works as a freelance mascot for hire.

It’s an interesting topic that hasn’t been widely explored previously by other documentaries. Behind the Mask also sheds light on one of the more elusive but undeniably loved elements of sports.

Behind the Mask is available to watch on Hulu.

Imagineers are the people responsible for developing all of the crowd-pleasing attractions in the Walt Disney theme parks. In this way, they are responsible for many people’s fond memories.

It’s the perfect choice for any Disney fanatic.

The Imagineering Story is available to watch on Disney+.

Chasing Happiness goes behind the scenes to look into their rise to stardom and the events that led to their breakup in 2013.

Chasing Happiness is available to watch on Amazon Prime.

If you’re looking for other documentaries about famous music artists, look no further than Miss Americana. Miss Americana looks into the life of American singer-songwriter Taylor Swift. It also includes footage from her concerts.

Miss Americana is available to watch on Netflix.

10. The Brain That Changes Itself

The documentary seeks to challenge the notion that the human brain stops developing at age 18. It looks at how the brain changes based on different things such as environment, circumstances, and injuries. It’s the perfect documentary if you’re someone who’s interested in psychology.

The Brain That Changes Itself is available to watch on Amazon Prime.

Watch any of the documentaries on this list? Let us know what you think in the comments below!

10 Body Butters That Will Give Your Skin A Healthy Glow

How To Overcome Job Rejections and Maintain a Positive Attitude

Dating In Quarantine: The Dos and Don’ts

Fun Ways To Look and Feel Pretty In Quarantine